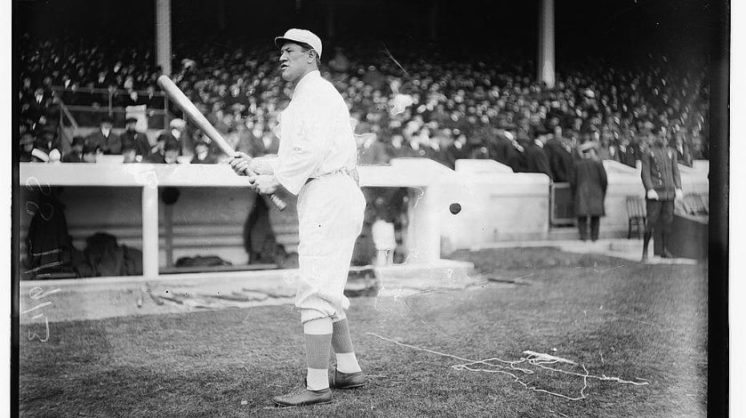 Courtesy of the Library of Congress and The Oklahoman.

Legendary athlete Jim Thorpe’s gold medals are back in the books.

It was a summer for the ages. At the Stockholm Olympics in 1912, Oklahoman Jim Thorpe won two gold medals: one in the pentathlon and another in the decathlon, in which he set a world record of 8,412 points. Crowds cheered enthusiastically at his athletic feats. King Gustav V of Sweden reportedly declared, “You, sir, are the greatest athlete in the world.”

Thorpe accomplished what no other athlete had. He became an international sports celebrity and was welcomed in New York with a ticker-tape parade. The celebration was short-lived. Early the following year, he was stripped of his medals, awards and titles when it became known he had been paid to play professional minor league baseball. That was against the rules. Rules, learned later, that were not always enforced.

Thorpe was the first Native American to win an Olympic gold medal. It has been said American officials were most vocal about taking away his medals because they believed the games belonged to amateurs. Historians say racism also figured into their decision.

Thorpe was born in Indian Territory near Prague and grew up in the Sac and Fox Nation. No doubt born with natural talent, he fine-tuned those athletic skills at Carlisle Indian Industrial School in Pennsylvania. He was a standout in track and field, football, baseball and lacrosse. He even won the 1912 Inter-Collegiate Ballroom Dancing Championship.

After the Olympics and the devastating decision, Thorpe turned to what he knew. He played both major and minor league baseball, and then professional football — where he also served as the American Professional Football Association’s first president and later a player and coach for the Canton Bulldogs. He was also on the first All-NFL team in 1923. Five years later, he retired from professional athletics. In 1950, he was voted the Associated Press Athlete of the Half Century.

Thorpe’s life was a series of highs and a few lows. He tended to be modest and rarely lamented the loss of his medals. After sports, he worked as a stunt performer and Hollywood character actor. Two ex-wives and seven children meant hefty financial obligations, so he often took jobs as a security guard, ditch digger and construction worker.

Later in life, he reportedly suffered from alcoholism and poor health. He suffered a third heart attack and died March 28, 1953, three decades before the International Olympic Committee presented duplicate medals to his children. His Olympic records and status as sole gold medalist in the two events were not then reinstated, though.

Fast forward to July of this year, when the IOC justly named Thorpe sole champion of both the decathlon and the pentathlon, rather than co-champion. Finally, the record books accurately reflect Thorpe’s achievements, thanks in part to family members and supporters who worked for decades to bring about change.

Gail Hendrix, Thorpe’s great-granddaughter who lives in Yale where her father once lived with his first wife and children, told the Stillwater News Press that it was “the longest competition in Olympic history.”

Thorpe, still considered one of the greatest athletes ever, is buried in Pennsylvania. His third wife asked Oklahoma to erect a monument near his hometown of Prague, but no agreement could be reached. Mauch Chunk, Pennsylvania, stepped up with an offer and renamed itself Jim Thorpe once the tomb was in place in 1954.

The Sac and Fox Nation and Thorpe’s family hoped to get his remains removed and buried on tribal ground in Oklahoma, but the court did not rule in their favor. Thorpe’s remains may be in a town he had never been to, but his reputation has been restored for all the world to know.