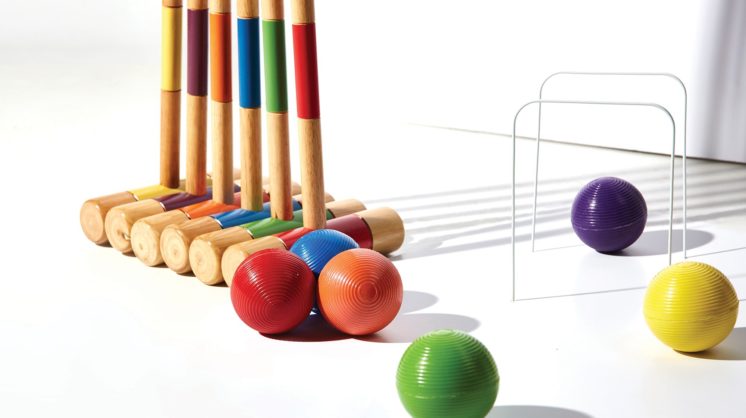 Warmer weather is always on its way, no matter that the sky looks like hammered gunmetal and the backyard is a cool shade of brown. This year, after months of quarantine and social distancing, getting out in the yard and soaking up sunshine is more enticing than ever, and a good way to limber up and unfold yourself from your Zoom posture is to get active with some yard games.

Some of these games go back centuries and even millenia, while others are relatively new inventions, but all of them require an expanse of ground and some good aim. Consider this a great starting point for a fun-filled summer that will hit all the right targets.

This perennially popular yard game proves that not everything about life during the Roman Empire involved wretched excess. Modern bocce is played throughout Western Hemisphere and is descended from boules, a two-millennia-old Roman game in which balls are rolled toward a target ball, referred to as a “jack” or a “kitty” in the English version (known as bowls), with the goal of being closest. Bocce is typically played on a smooth piece of soil, asphalt or crushed granite surface and is traditionally played with wood balls, though modern sets can be made from heavy plastic. 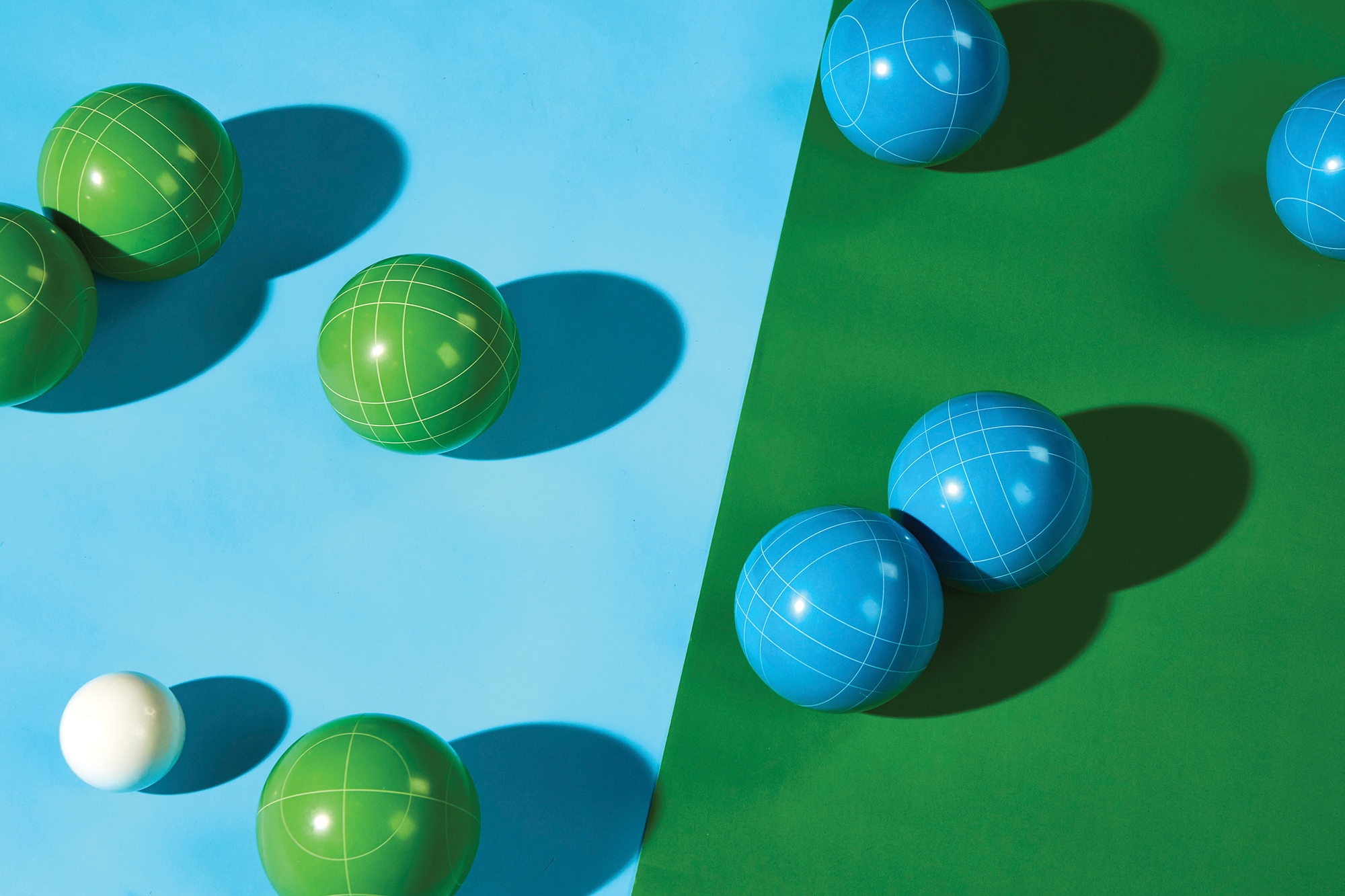 A classic Perfetta Bocce set of wood balls goes for $129 at Seattle-based Playaboule.com, but the company also sells a line of plastic LED balls ranging from a $48.95 travel edition to a lithium-powered set priced at $77.95 — perfect for after-dark games.

Originating on Israeli beaches around Tel Aviv, kadima or matkot is as simple as paddle games get, but “simple” is not always synonymous with “easy.” Played with at least two players, kadima uses 12-inch round paddles and a ball similar to what is used in squash. The goal is to keep that ball from hitting the ground and achieving the highest number of volleys. 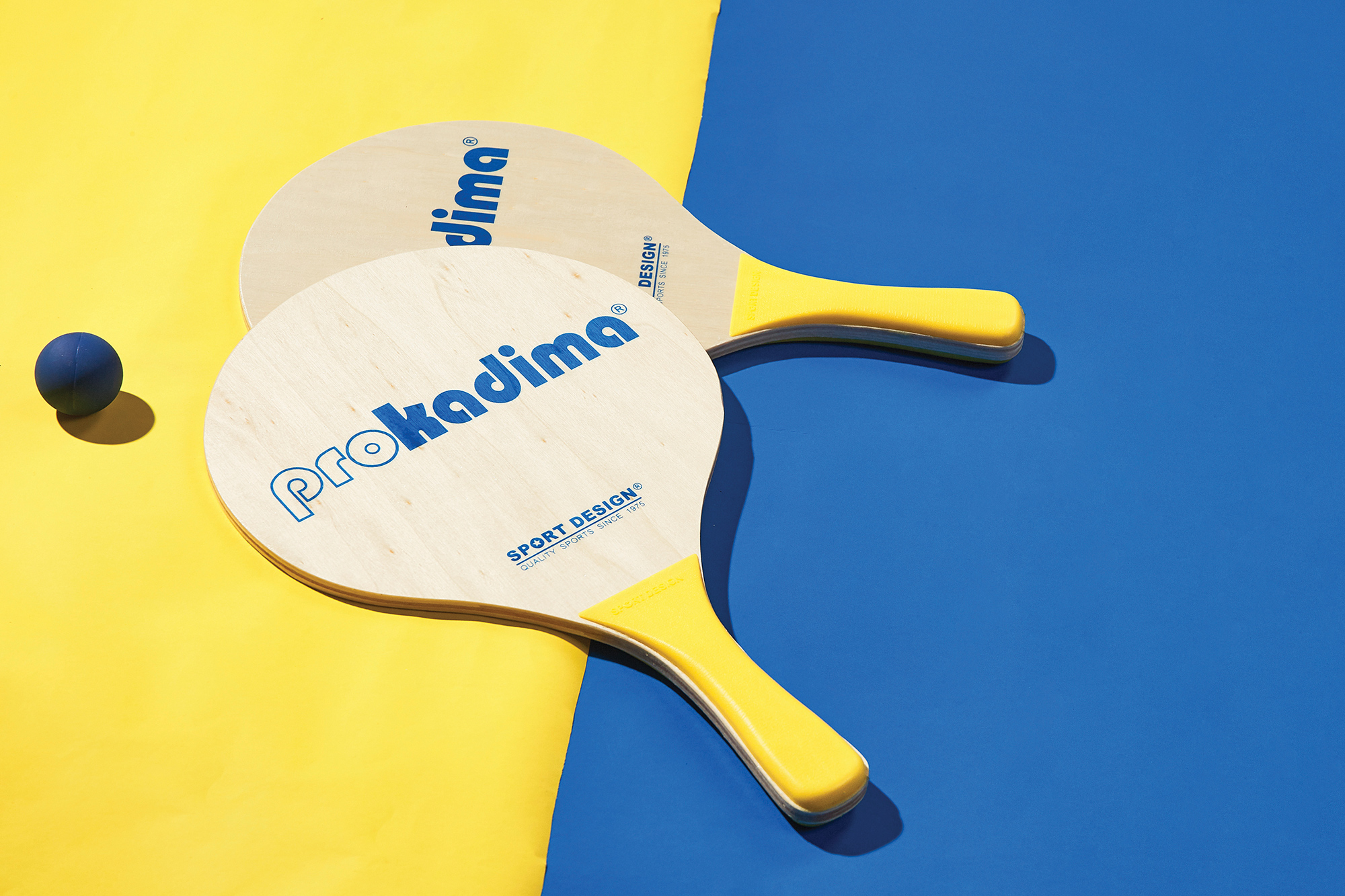 Because they are not as involved as badminton sets — there is no net in traditional kadima — kadima packages tend to be reasonably priced. A good set from ProKadima starts at $12 and maxes out at $25.95, making this an inexpensive game that will provide endless hours of backyard or beach fun for people with good aim and depth perception.

Like badminton, croquet traces its lineage to London toymaker Isaac Spratt, who codified the rules for this game involving mallets, wooden balls and hoops (or wickets) in a 1856 pamphlet that is now housed in the United Kingdom’s national archives. The game evolved from bocce, but the presence of the wickets, through which the balls pass in gameplay, provides greater challenges, and the use of mallets is easier on back muscles. For those who like challenges, the more complex “association croquet” involving four balls is the sport of choice, while “golf croquet” is a less involved variation that is growing in popularity. 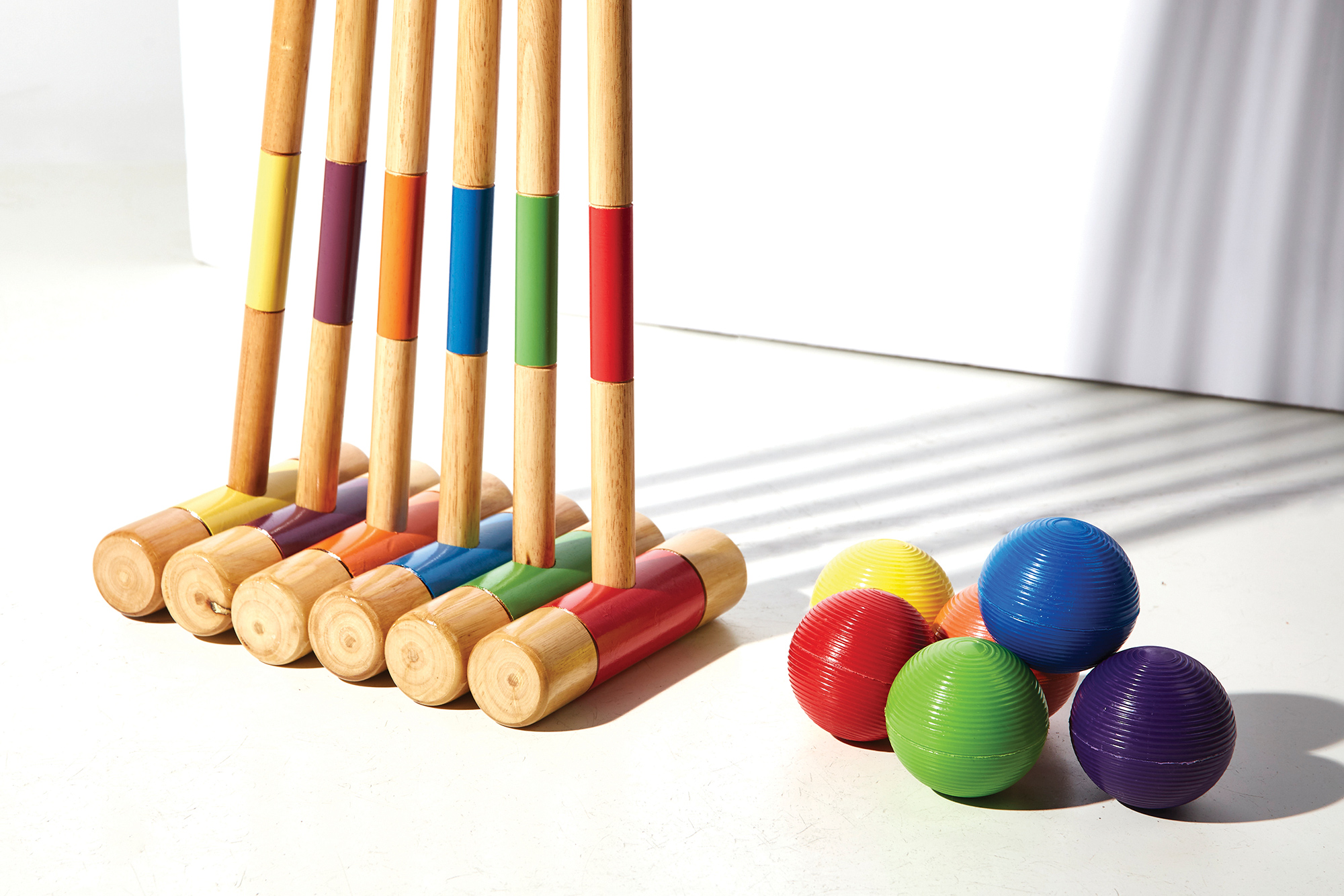 A good, solid six-person croquet set from Franklin Sports starts at around $35 at Amazon, but a handmade Amish set will set a croquet enthusiast back $299. When shopping for a croquet set, pay attention to the width of the wickets — the narrower the opening, the more challenging the gameplay.

Compared to the boules-descended yard games, horseshoes are a relatively recent phenomenon, emerging in the late-19th century. The game, in which opponents toss either actual horseshoes or U-shaped pieces toward stationary stakes or poles, is closely related to quoits, a ring-toss game that gained popularity in northern England in the early 1800s. Single points are scored when any inside edge of the horseshoe is within six inches of the stake, and a “ringer,” which hits the stake and fully encircles it, will score three points.

A child-safe rubber set made by Champion is available for $16.75 through Amazon. Regulation steel sets can range from $31 to $276. Remember, “close” counts in horseshoes.

Saddled with a name guaranteed to make adolescents snicker, cornhole was originally marketed in Great Britain as “Parlor Quoits” in the 1880s, meaning it was similar to a ring toss game but safe enough to play indoors. A set usually includes two angled wooden panels with six-inch holes and 16-ounce bags of dried corn, and gameplay involves spreading the panels 27 feet apart and aiming the corn bag at the hole. A hole in one will earn the player three points while landing on the panel is worth one point.

A good, durable cornhole set made with traditional materials usually costs around $140, but a reasonably skilled woodworker with an ultimate set of tools can make a set with relative ease. HGTV.com even offers free design instructions approved by the American Cornhole Association, because there is such a thing.

Hailing from Finland, Mölkky or Kubb is young by the standards of most lawn games, having first reached the marketplace in 1996, but it has its roots in a centuries-old game called kyykkä, which involved flinging heavy wooden bats at a set of “skittles” or wooden pins, making it the aggressive cousin to lawn bowling. Playing Mölkky does not require feats of strength, however; in this relatively new version, gameplay does not require forearms of steel. It does, however, require good aim to knock over as many pins as possible in the fewest throws. 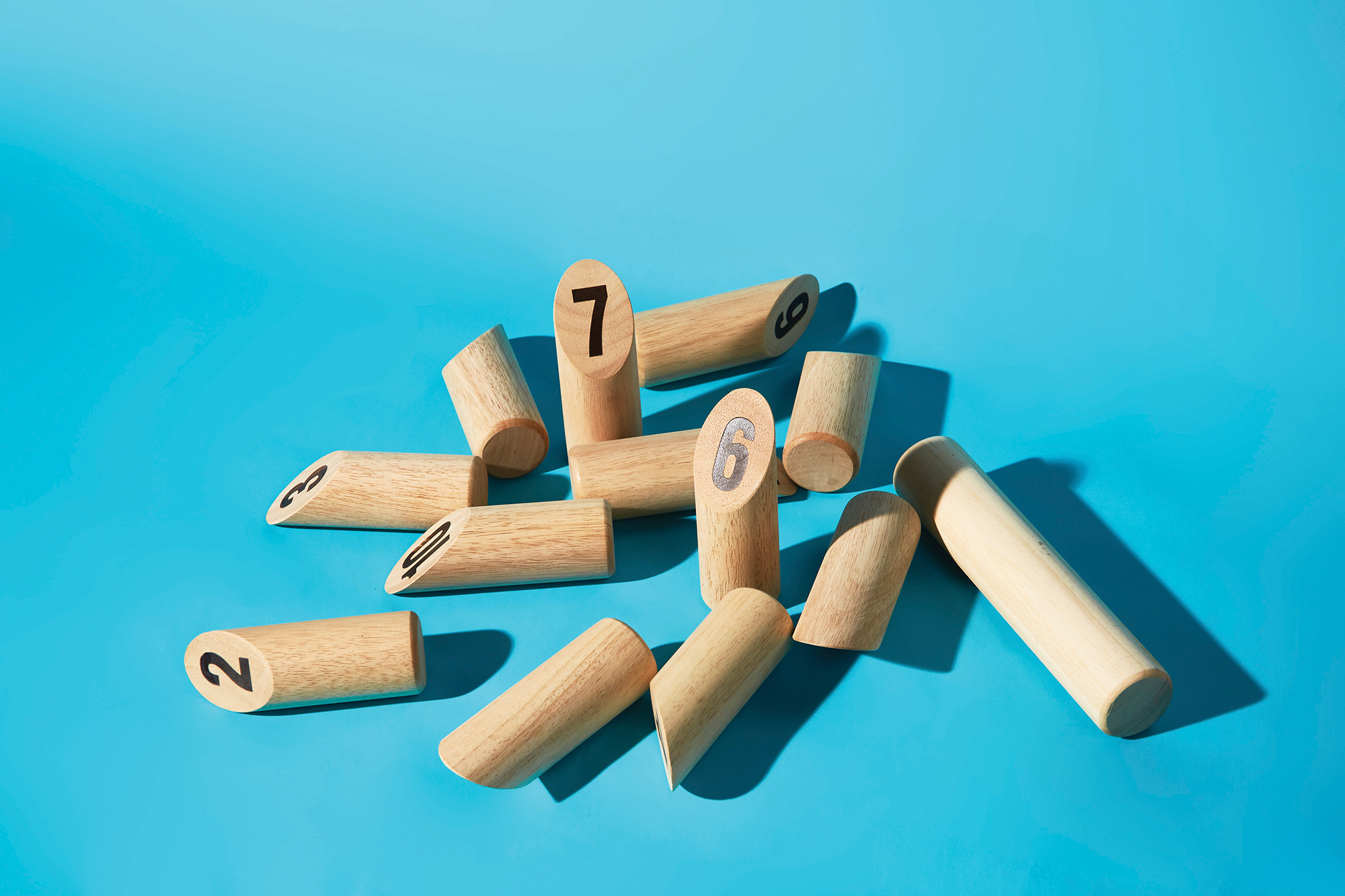 A brand-name Mölkky set costs $38.59, but there are more generic Kubb sets available for slightly less, including an Amazon Basics version for $34.35.

Children of the 1970s raised on Super Elastic Bubble Plastic and other dangerous toys remember lawn darts or javelin darts, a game involving two plastic rings laid on the ground and a set of large red and blue darts with sharp metal tips. The goal was to hit the center of the ring by tossing these projectiles under-handed.

As early as 1970, Consumers Union was petitioning the federal government to ban lawn darts, but courts denied the ban until 1987, when a child in Riverside, California was killed by a stray lawn dart. The following year, the Consumer Products Safety Commission issued an outright ban on these weapons.

Flarts, a new, safer version of the game, involves tossing weighted, inflatable rockets onto a massive scoring mat based on a traditional dartboard. A set from Giggle-N-Go is reasonably priced at $29.95.