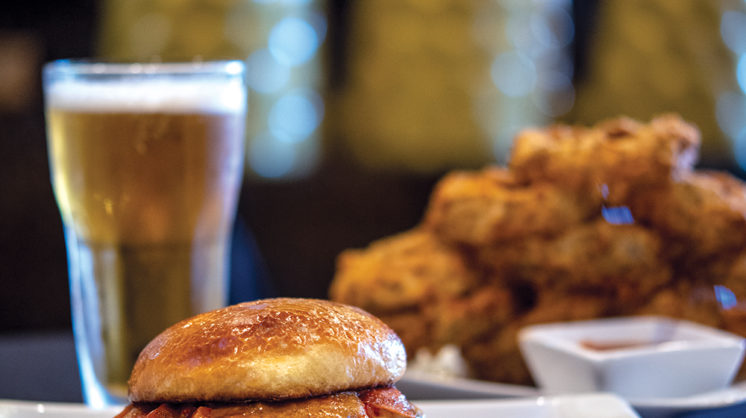 Shakespeare wrote that “what’s past is prologue,” meaning that the situations and circumstances we find ourselves in today are the result of decisions made previously. Granted, the Bard was referring to matters of life and death … but consider that without the confluence of a landmark OKC restaurant closing, a decades-long catering career and an appreciation for deliberately, distinctively, dazzlingly out-of-date decor, diners of today wouldn’t have the chance to choose Ned’s Starlite Lounge.

The restaurant is a passion project for expert caterer Ned Shadid and family, one that was in the works longer than they expected – “We thought we’d be able to do it in three months, and it took us six,” Shadid says of renovating the space – but was in his mind for a good deal longer than that. “I had this concept in my pocket for 20 years,” he says, but he and his wife Stacy got caught up touring with and catering for Bon Jovi, Kelly Clarkson, Luke Bryant and other musical stars. 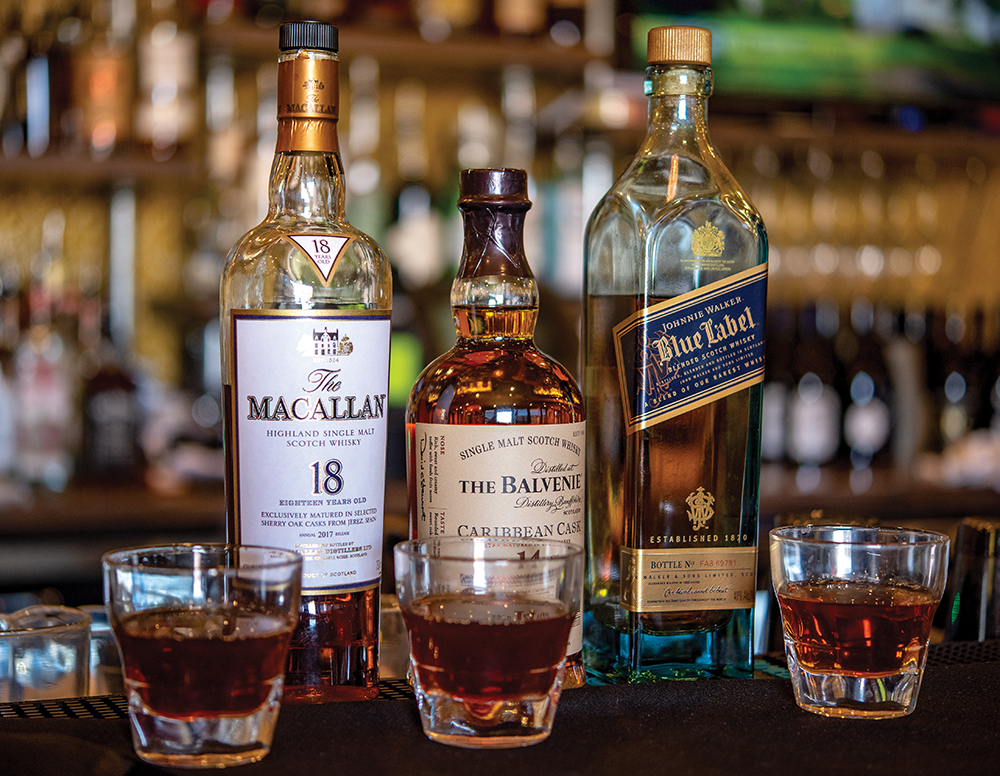 One of the primary factors that made Shadid decide to pull the trigger on his plan was the recent availability of this space, which had previously been home to the Nomad II Italian-American Grill. It was part of legendary OKC restaurateur Jack Sussy’s legacy, and held special signifigance for Shadid: “My parents ran the first Sussy’s years ago, and I ate at the Nomad for years,” he says.

If you, like him, frequented Nomad back in the day, you wouldn’t recognize it now; it hardly feels like the same space. Gone are the low lighting and black-centric color scheme, replaced by a more spacious feeling and joyfully retro decor – shiny gold-patterned and textured wallpaper, velvet curtains, gold chairs with tufted patterns on the back, eye-catching corner booths done in gold by Plugge’s Upholstery, poured concrete floors, striated wallpaper and vintage tile in the bathrooms, a huge, broad wooden bar that seats 16 and is actually upholstered along the front with carpet even shaggier than my grandparents’ in my earliest memories of their house … even the door is on the east side of the building now rather than the north (much to the confusion of some old regulars, said Shadid).

Several of his clientele are former regulars, but not all – on my visits to the Starlite Lounge, I’ve been struck by its cross-demographic appeal. The parking lot held a shiny Mercedes beside a slightly battered pickup, and behind me a group of millennials sat chatting about podcasts near a white-mustached gent placidly mowing through an enormous chicken-fried steak. Good food brings people together, apparently. 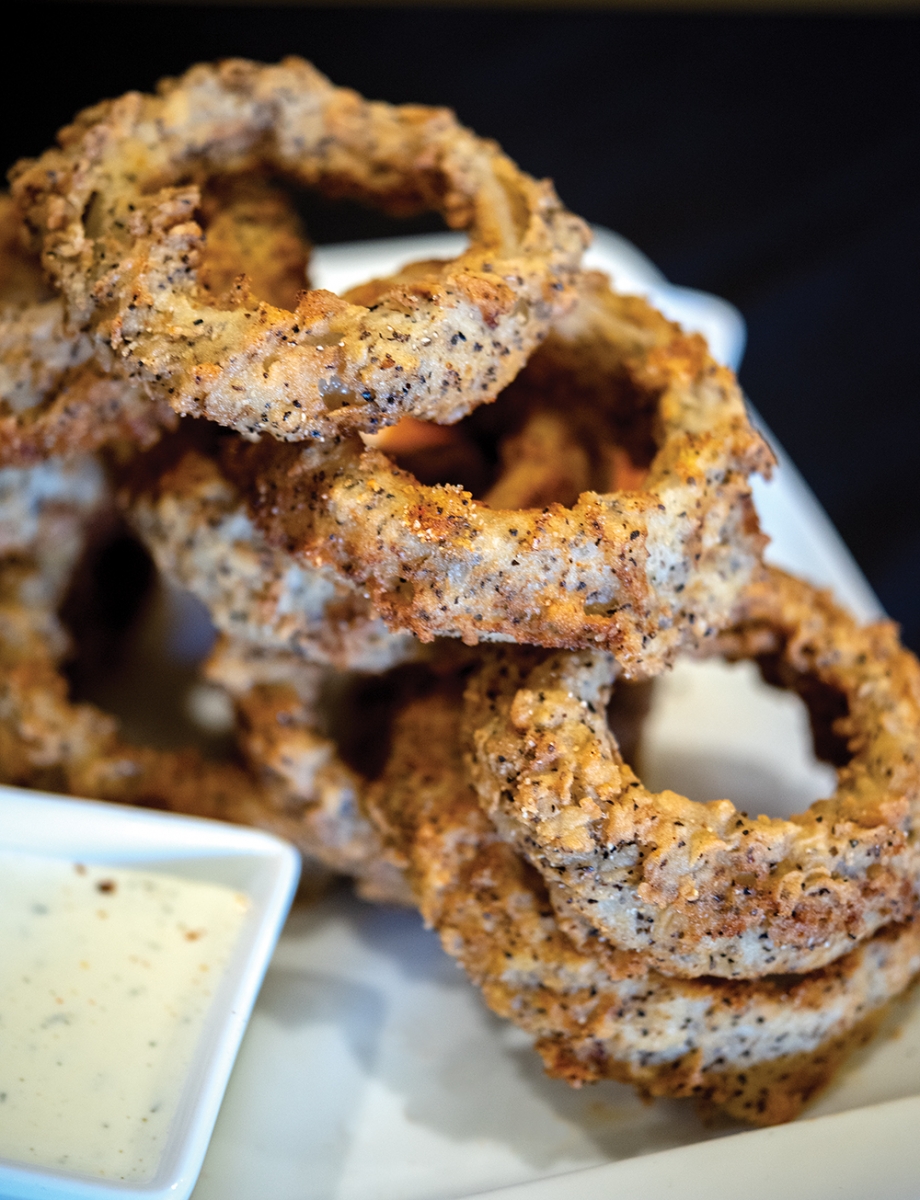 Speaking of which, the food is quite good, with a menu that’s a culmination of all the decades of Shadid’s catering experience and covers a lot of bases – chicken wings to a sampler plate of Mediterranean appetizers, and a salmon filet to a house salad topped with seared tenderloin. Beef is the prime mover in two of the menu’s brightest stars, in fact. The Nomad burger’s sautéed peppers and onions and melted mozzarella are nice, but it’s the fried pepperoni (a delicious nod to one of the former restaurant’s house specialties) and heavenly garlic tomato sauce that immediately make it one of the city’s best burger options. Messy, but spectacular. If you want to opt for a more Southwestern flavor profile, get the massive serving of tender, crispy-coated chicken fried steak doused in a nicely balanced poblano-cream reduction. “It is our best seller,” says Shadid. “That and the Nomad burger. And the arancini.” Specificity aside, he continues, “I’m a chicken fry fan” – and it shows.

The doors to this longtime dream finally opened in late September, and he said it’s going well so far. “We’re doing a lot of birthday parties, a lot of happy hour groups; it’s been kind of fun.” I’m looking forward to trying out some of the ample cocktail list, myself. 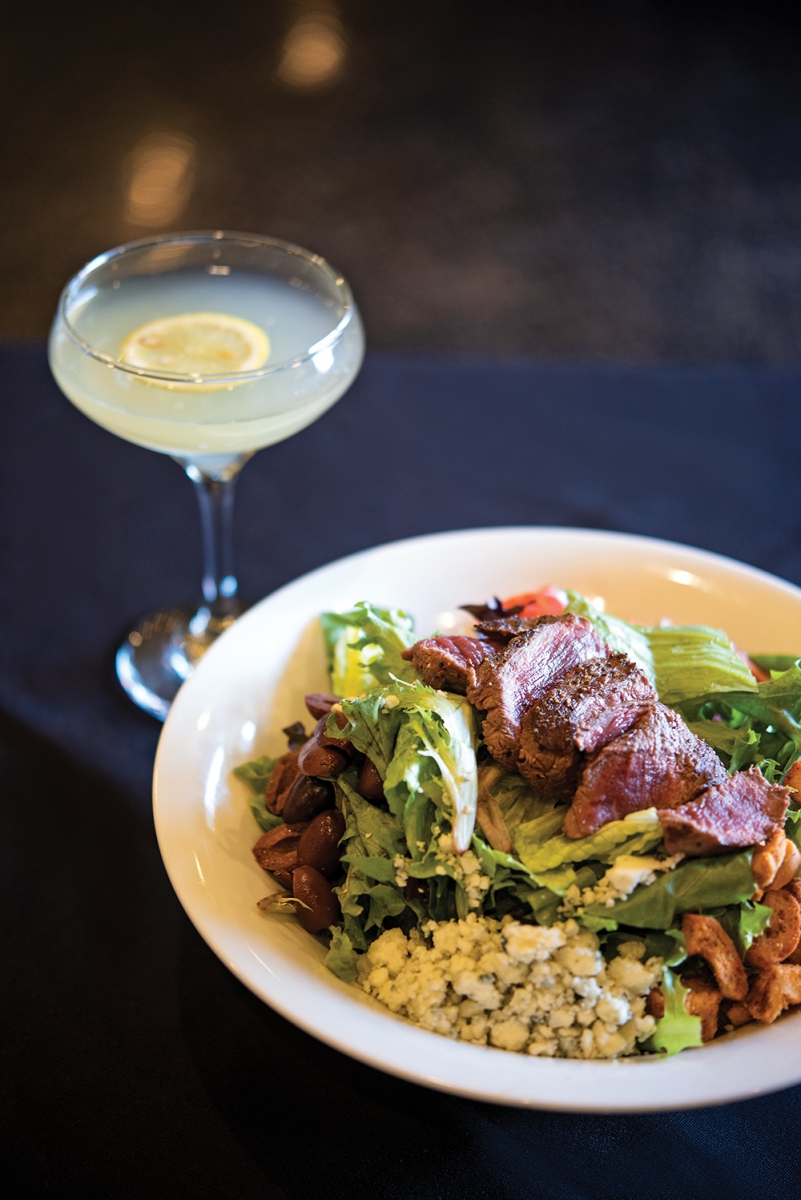 The Shadids’ restaurant is a nice nod to the past, and an acknowledgement that, for all the city’s marvelous growth and development over the century so far, the OKC dining scene wasn’t invented whole cloth in 2000. Whether you remember the olden days or simply enjoy classic, old-school flavors, the Starlite Lounge is a great place to raise a glass to the best of good times.