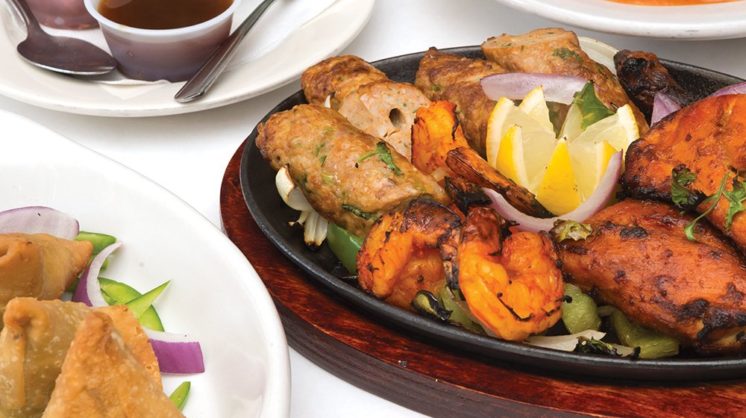 Indian cuisine is a treasure trove for gourmands, flavoristas and other lovers of wide-ranging tastes – and it’s especially great for vegetarians (at least those who have a decent spice tolerance), who are often starved for choice in cuisines that focus more heavily on chicken-frying various proteins. In OKC, Veeral Mehta’s restaurant Gopuram should be at the top of your list.

The original opened in 1994 at 4559 NW 23rd (on the NW corner of 23rd and Meridian), and they recently added a second location on Memorial opposite Mercy Hospital. Never hesitate to get the Chicken Tikka Masala – the hunks of tastiness cooked in a clay tandoori oven and lacquered in a tomato and onion cream sauce are among the most popular Indian food options among Americans for a reason. But you shouldn’t fear branching out, either: practically everything is delicious. Poke the menu at random and you could wind up with the seekh kabob (a savory sausage made of heavily spiced minced lamb), or the thoroughly excellent shrimp korma, braised in a rich almond sauce that’s as hot as you want it to be.

Gopuram also has a buffet waiting seven days a week, which is a good news-bad news scenario. You can’t guarantee what’s on tap and might therefore miss something outstanding such as the korma, but on the other hand, you’re practically guaranteed as much soft, chewy naan, samosa pastries, fried spinach pakora and desserts as you can fit in around a choice of at least a few entrees. Given Gopuram’s level of execution, it’s a pretty great deal. Just be prepared to leave it all on the field: They don’t give to-go containers for the buffet, and filling your pockets with the addictively delectable rice pudding known as kheer is considered a faux pas. Whatever you choose, go adventuring, and enjoy.