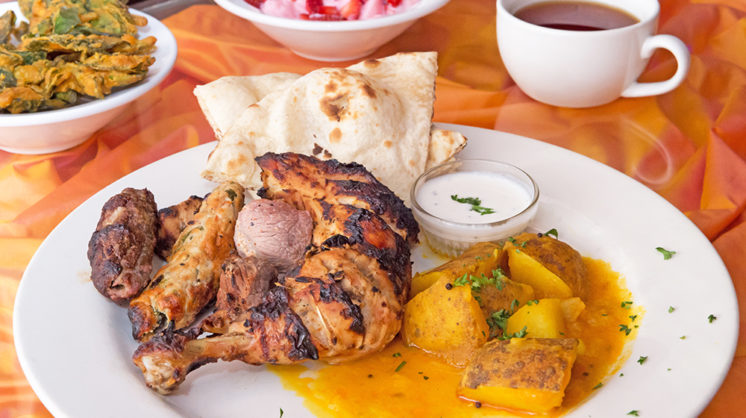 On my first trip to Misal of India, I honestly was a trifle nervous about what to expect. In my defense, I was still living in my hometown, which was small and rural enough that its only non-Mexican ethnic food source, Chan’s Oriental Diner, served fried catfish on Friday nights. So I’ll admit to some hesitation when coming to the big city of Norman and being presented with such an unfamiliar meal; very much in the vein of “This sounds weird. This looks weird. This tastes … okay, this actually tastes fantastic.” That was nearly 25 years ago, and Misal has long since moved from Campus Corner to 580 Ed Noble Parkway, but I’m happy to say it’s still a Norman mainstay, and still tastes pretty fantastic.

The menu is filled with variety, including some tempting renditions of Indian classics, such as chicken biryani, lamb vindaloo and an excellent vegetable pakora. In fact, Misal is an excellent example of the genre’s affinity for meat-free cuisine beyond simply a green salad or bread. Although, the naan is not to be scoffed at.

If Misal has a specialty, though, it’s the clay tandoori oven and its intense heat, perfect for producing savory goodness. The tandoori sampler is the perfect way to show off its capacity, giving diners tender morsels of beef, chicken and lamb, plus a ground beef kebab and part of a roasted chicken, all served alongside basmati rice and spiced potatoes.

Misal is approaching its 40th anniversary, but whether it’s an old favorite or new to you, this would probably be a great time to spice up your life.