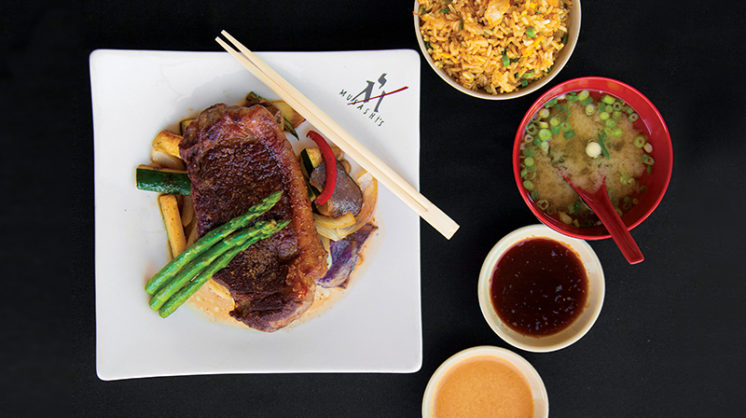 Top of the line in flavor, tenderness and marbling, the name doesn’t necessarily mean that it came directly from the capital city of Japan’s Hyogo Prefecture, but you can be certain when you see it on a menu that you’re in for a treat, especially if you’re in Musashi’s at the time.

The Japanese steakhouse on Western specializes in teppanyaki cuisine, so a meal consists of dinner and a show as chefs like Minh Nguyen dazzle diners by spinning knives, twirling spatulas and performing classic bits like the onion volcano, a beating heart of fried rice and a juggling routine that ends with catching a saltshaker in his hat. 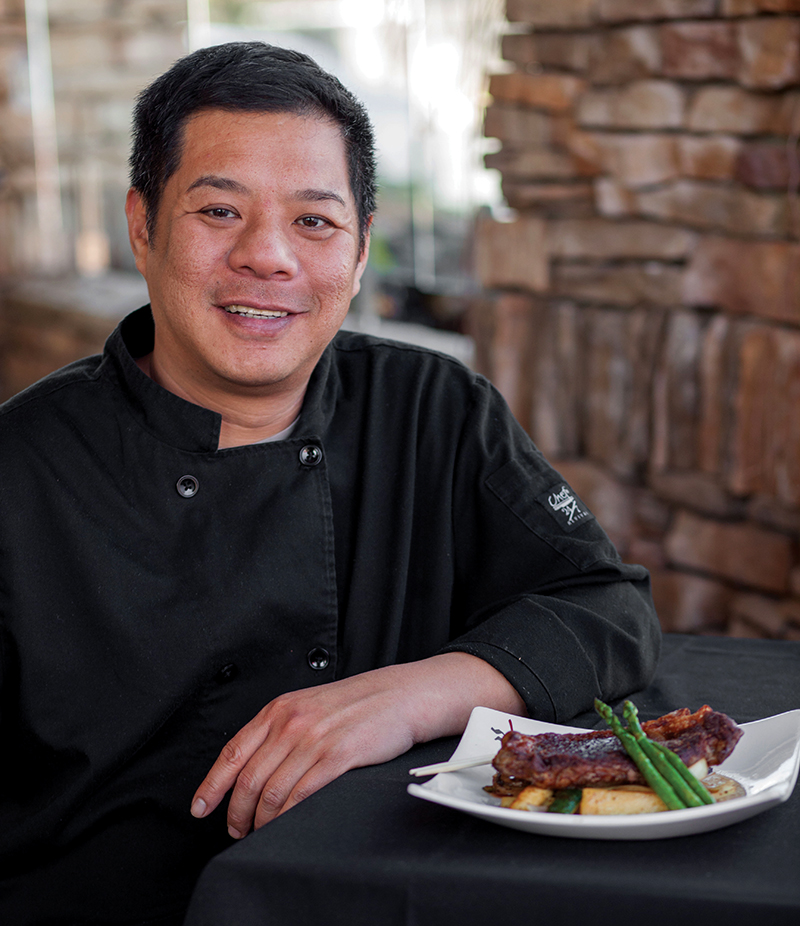 But the food would be worth a visit all by itself: that steaming fried rice, a cup of delicately savory miso soup and the perfectly prepared star that is the Kobe-style beef. It comes with a pair of sauces, one mustard-based and the other ginger, but while they guide the beef’s flavor in different and interesting directions, they’re hardly necessary with this much savoriness in wait. Kampai!