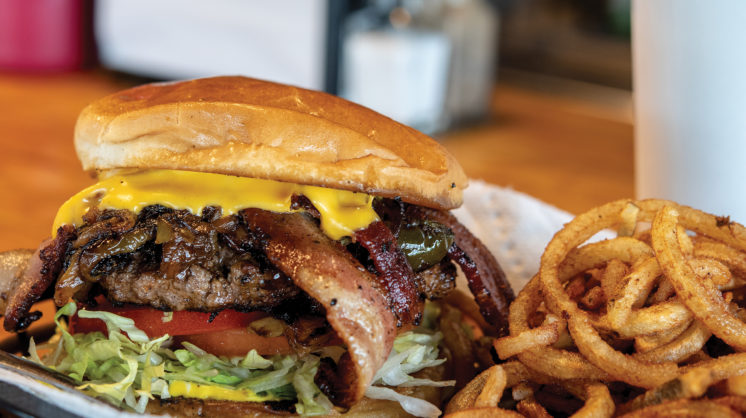 Conversations about food tend to trend toward superlatives – what’s the best pizza in town, where’s your favorite date spot, who makes the best burgers, et cetera. But for OKC’s beef enthusiasts (the carnescenti, if you will), that last question is something of a solved problem. Once you start listing great burgers, it shouldn’t be long before you cite Nic’s Grill, 1201 N Penn, or your list is likely to be ruled invalid.

Despite being a tiny space that’s cash-only, has a small menu and doesn’t do dinner, there’s been a line out the door for most of the last two decades. The recipe isn’t complicated – no truffle aioli or smoked gruyere here – and it’s not brand loyalty, because even after the opening of the larger, fancier Nic’s Diner and Lounge in Midtown, crowds haven’t abated at the original.

Justin “Nic” Nicholas still mans the grill sometimes, but when he’s at the diner or out in his food truck, he’s passed the spatula to Camron Benson, who shares his knack for easy patter while keeping tabs on the grill’s half-dozen sizzling patties and mound of caramelizing onions, and whose “Cheese and everything?” sounds almost just like the original. Benson agreed that part of their recipe for ongoing success is the immediacy: Watching and smelling and hearing the cooking process mere feet away is an incredible appetite stimulant. Restaurants come and go, but when it comes to huge, classic onion-scented burgers, nobody does it better.