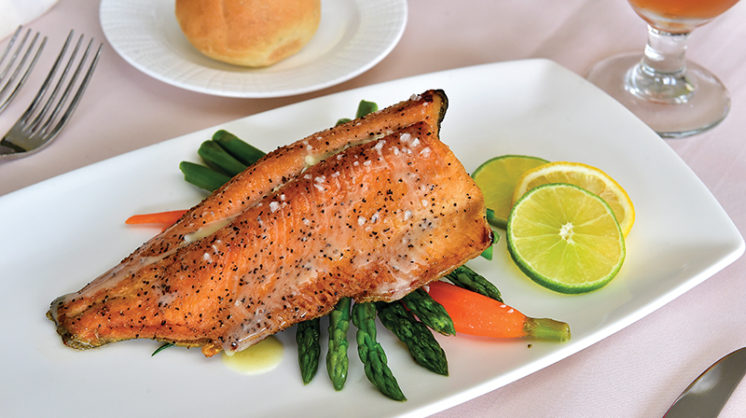 The OKC Museum of Art is an absolute gem, filled with beauty from its own permanent collection, as well as periodic displays of some of the most transcendently breathtaking artistic creations of the last 500 years – case in point, the magnificent Matisse in His Time exhibition that just concluded its OKC sojourn. All that incredible visual appeal filling the premises means the restaurant has a high bar to clear in order to keep pace, yet the Museum Café consistently serves elegance and deliciousness simultaneously.

This Ruby Red Rainbow Trout is a filet seared with toasted almonds, topped with a sauce of lemon, garlic and white wine and served over a bed of asparagus, carrots and green beans.

It’s a beautiful dish, and arguably the more appealing for not swimming a bourbon glaze or lying buried beneath an avalanche of toppings. Counterintuitive as it might seem, one of the cornerstones of elegance is simplicity – Clare Boothe Luce said that “Simplicity is the ultimate sophistication,” and Sherlock Holmes once called the “supreme gift of the artist … the knowledge of when to stop.”

The great detective didn’t say the same applied to gourmets, though, so feel encouraged to add some of the Chocolate Cake, layered with chocolate mousse and topped with chocolate ganache. Where your sweet tooth is concerned, it’s a true work of art. 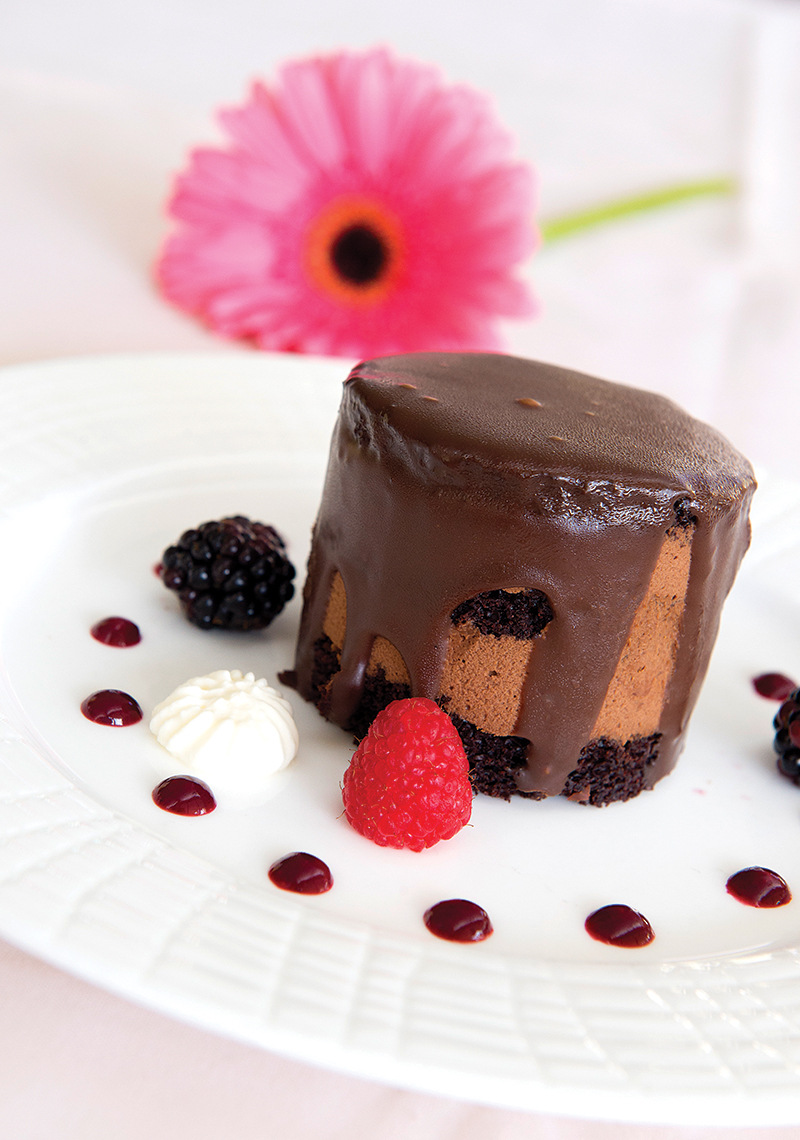