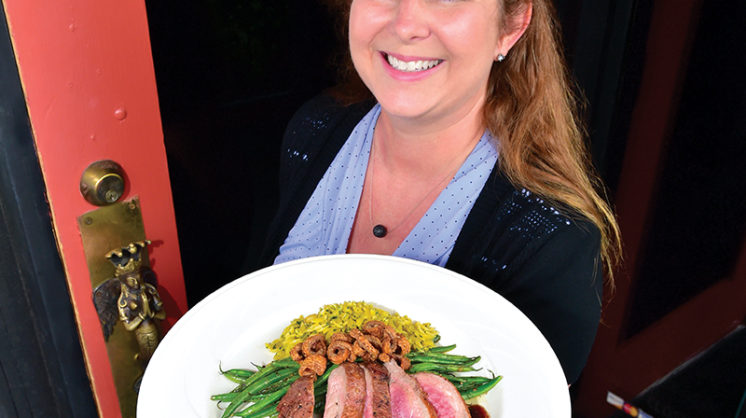 While duck’s role in cuisine is relatively paltry compared to its poultry relative chicken, the darker, richer meat is exquisitely tender and savory when prepared correctly. Or, you might instead say, when prepared at Paseo Grill.

As could be expected from its name, the comfortable restaurant is an anchor of the Paseo Arts District – and it exhibits a level of culinary artistry commensurate with the painting, sculpture and photography of its creative neighbors. In a menu filled with standout examples of classic American fare, the Maple Leaf Farms Duck Breast is a star in its own right.

This entrée features a sliced, sautéed breast of top-quality Pekin duck over a raspberry bourbon sauce – three words that should be music to the taste buds of practically anyone. Despite being poultry, duck is a red meat, not a white, so plenty of pink in the center of a slice is a sign that it hasn’t been overdone to the point of losing all its tenderness and succulence. It’s accompanied by a helping of orzo with toasted pine nuts and sautéed green beans, and also by a chorus of appreciative murmurs from the diners who chose it.