Great Taste on Tap at The Barrel - 405 Magazine 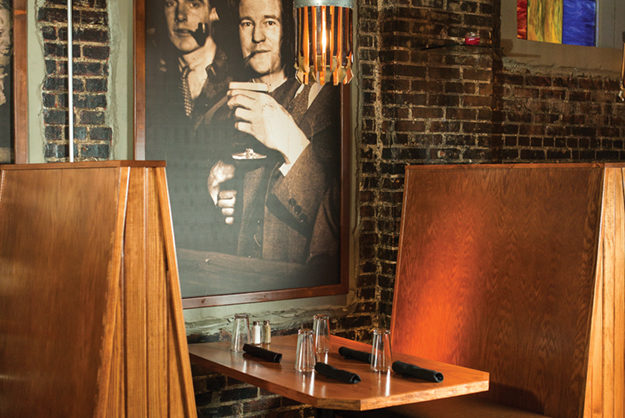 Travelers Along OKC’s Western Avenue might have noticed the signage for the newest venture of the Deep Fork Group. They might have stopped for a drink in its dimly lit interior of exposed brick and dark wood paneling … and hopefully they lingered for dinner. They probably had a hard time describing it succinctly, though, as it doesn’t limit itself to a single genre of food – you could think of it as mostly Irish, though I prefer “Irish-ish.” Fortunately, while The Barrel is a bit challenging to categorize, it’s much easier to recommend. 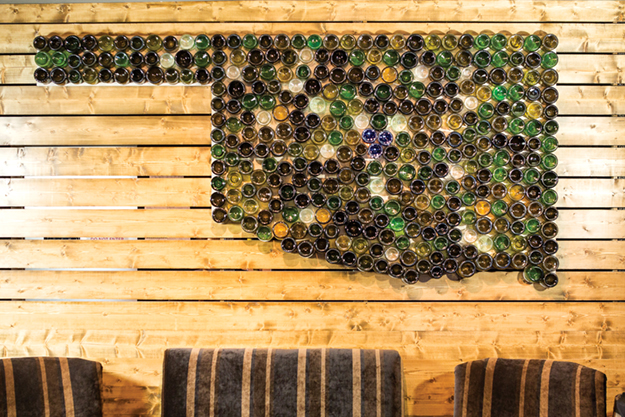 For starters, consider this intriguing combination of words you don’t see together very often: Grilled Caesar Salad. They marinate a huge head of Romaine, cut it in half lengthwise and run it quickly through an extremely hot grill; it doesn’t actually cook the lettuce, it just gives it a bit of extra body so you can carve it more easily with the provided knife. The house-made Caesar dressing with croutons pre-crumbled in is deliciously piquant with a lot of anchovy pop – and by the way, you’ll be seeing the phrase “house-made” on the menu a lot. That’s a pretty good sign. 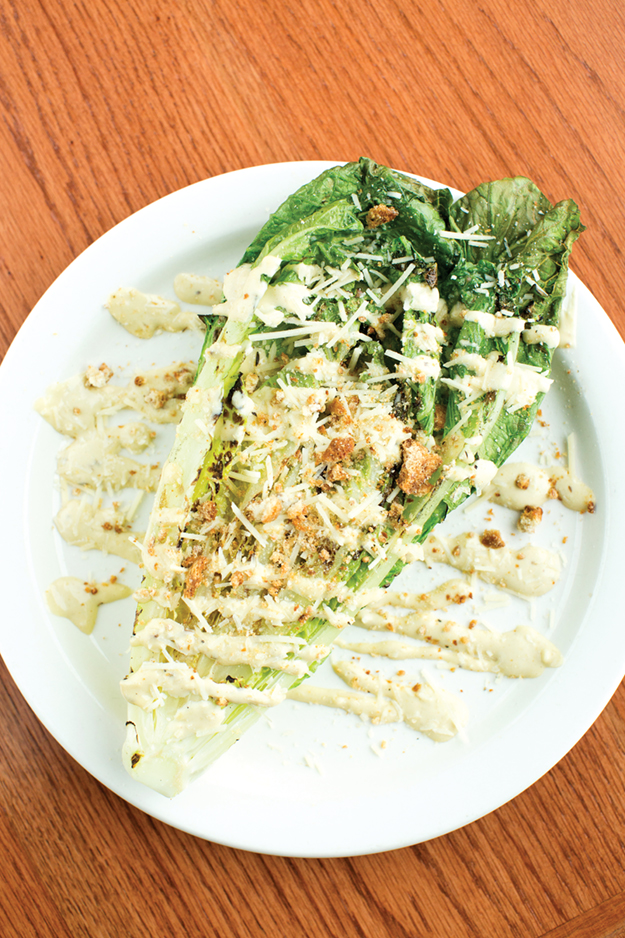 The menu boasts a number of choices fit for an Ulsterman, including some noteworthy authentic touches – in the Bangers and Mash, for example, the latter component is actually colcannon, an Irish dish of mashed potatoes mixed with kale and a sprinkling of green onion for a rich, smooth, delicious side.

The Shepherd’s Pie is a little runnier than other versions I’ve had, more like a plate of beef stew with mashed potatoes dolloped on top than a baked casserole, but it’s inarguably delicious. I intended to take a couple of bites and bring the rest home, but wound up cleaning my plate. Plus, take it from a reviewer who’s Irish-ish too: there’s no substitute for a pint of Guinness fresh from the tap. 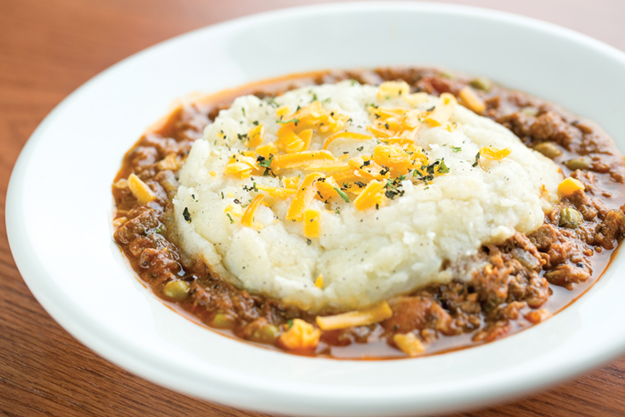 Beyond the Emerald Isle

Here’s where The Barrel’s lack of an explicit theme comes in gastronomically handy: it’s a big, delicious world out there, and man shouldn’t have to dine on corned beef and cabbage (which, by the way, is also on the menu) alone. Take advantage of their willingness to branch out by trying the exquisitely tender Chile-Caramel Filet, lacquered in a sweet and spicy sauce that informs the beef’s flavor without overwhelming it; or, if I may make a special recommendation, the utterly great Not So Po’ Boy. It’s a filet of blackened red snapper in a wheat bun, topped with “Cajun candied” bacon (thick, crisp, succulent) and a tangy orange splash of shrimp remoulade – a beautiful piece of foodcraft for customers in the mood for something with a kick. 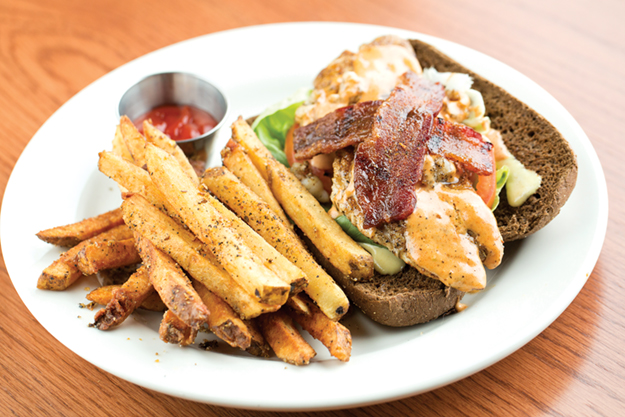 Keep it simple. If your libation of choice ends in –tini or –rita, be aware that there’s no section of the drinks menu for cocktails. On the other hand, the page for spirits contains more than two dozen bourbons and more scotches than that, and that’s not even counting the ryes or Irish whiskies. This would be an excellent time to try something that doesn’t require five ingredients and a blender – plus, anyplace that serves Blanton’s bourbon gets a point from me.

Don’t forget brunch. During the week the Barrel is a dinner-only (or a really late lunch) proposition, but on weekends there’s a full brunch menu to explore.

The dessert board has a distinctly English flavor; based on name alone the Eton Mess is a clear winner (unless you’re a Harrow fan, in which case what are you doing in Oklahoma?) and tasty too. It’s a large martini glass filled with layers of whipped cream, macerated strawberries, a few dabs of custard and crumbled pieces of meringue cookies, not too sweet and easily enough for two after full meals. Though if you have time to give the kitchen about 30 minutes’ notice, I don’t know how you could pass up the prospect of a made-to-order milk chocolate soufflé. 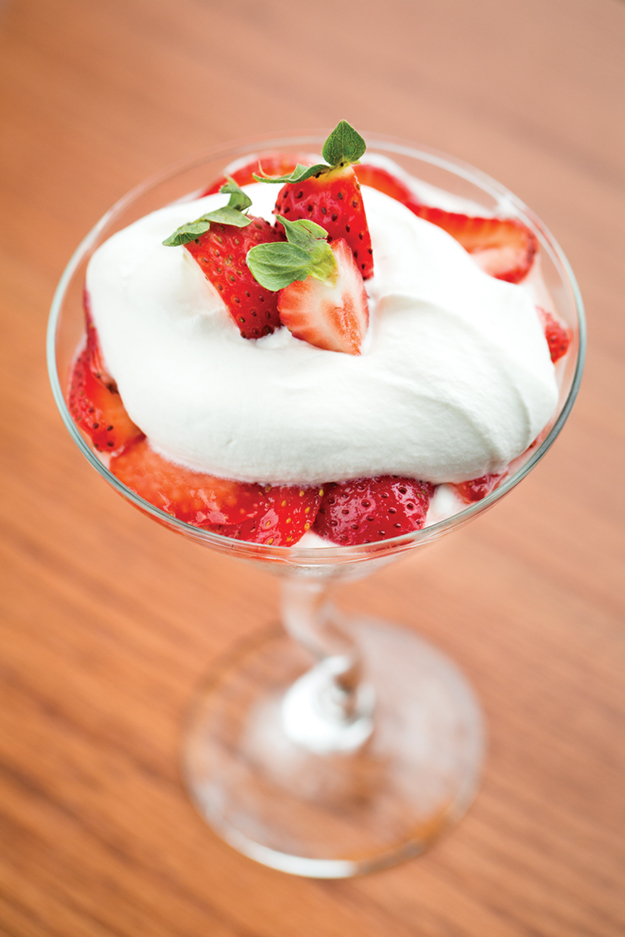