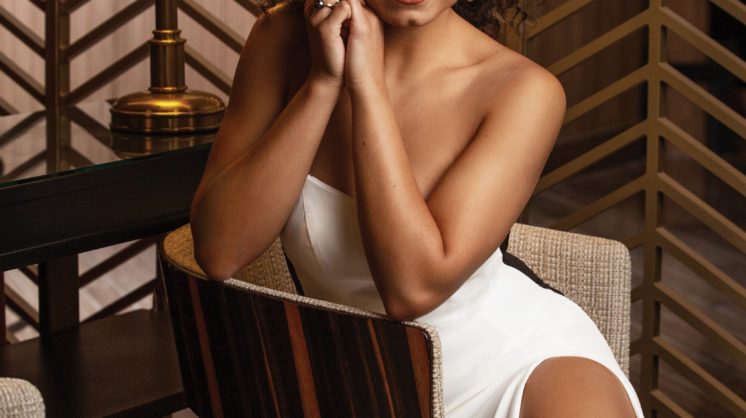 “All of Ashleigh’s achievements have come as a result of her willingness to help others succeed in their own lives. Her hard work continues to bridge the gap between her dreams and her reality, creating a legacy that will inspire others to do so themselves. She is a fierce, magnetic force for good, who has never been afraid to step up as a woman of color and take the lead.”

Chances are you recognize Ashleigh Robinson’s unforgettable face. Either as the current Miss Oklahoma, as former Miss OKC, in the cast of the children’s television show Konnect, playing Disney princess Moana at parties, as a middle school English teacher at F.D. Moon Academy, or in her favorite role: as an advocate for the special needs community. This woman is truly everywhere.

One of the biggest motivators in Robinson’s life has always been her younger sister, Danielle, who has Down Syndrome. From 2017-2019, Danielle fought and eventually beat leukemia with the help of Children’s Miracle Network. “They absolutely saved her life, said Ashleigh Robinson. “We thought we were going to lose her, and at any moment she could’ve been gone. It felt like a movie the entire time, but it was real—the whole thing was very real.” As a part of her platform for Miss Oklahoma, Robinson raised funds on behalf of the non-profit organization, winning the pageant’s “Miracle Maker” title.

As an advocate for the special needs community, Robinson said she hopes to expand her mission to encourage students to create relationships with their peers who have developmental disabilities, and to create new employment opportunities for individuals with these conditions. “Everyone deserves an equitable life in every way. How and who you choose to include has a lasting impact,” she said.

Raised in Edmond and then studying music at Oklahoma City University, Robinson is a performer and Oklahoma lifer. She is currently also pursuing a graduate degree in leadership at OCU.

She volunteered at F.D. Moon Middle School before the pandemic. She said, “I didn’t feel like I was pouring into people of color enough, and especially students of color. I was recognizing as I became a young adult that I didn’t have women of color that I looked up to when I was younger. The people taking up space in the places that I wanted to be, were not people that looked like me. Realizing that I didn’t have that role model, I wanted to be that role model. I wanted to intentionally be in people of color’s lives when they were younger.”

Due to COVID, there came a point when non-staff members weren’t allowed on site, and Robinson greatly missed the students she had been mentoring. The school then gave her an opportunity to join the team as a teacher, a role she fulfilled passionately until winning Miss Oklahoma this summer.

Robinson said she wants the students to know, “The trajectory of their life starts as soon as they decide it starts. Whether it be middle school or high school, you can decide that, ‘I’m gonna do things that make my community better and make my own life better.’”

In December, Robinson will compete for Miss America in Connecticut. Oklahoma currently has the record set for most wins of any state with six throughout the pageant’s history. We won’t be surprised if Ashleigh Robinson makes it seven.