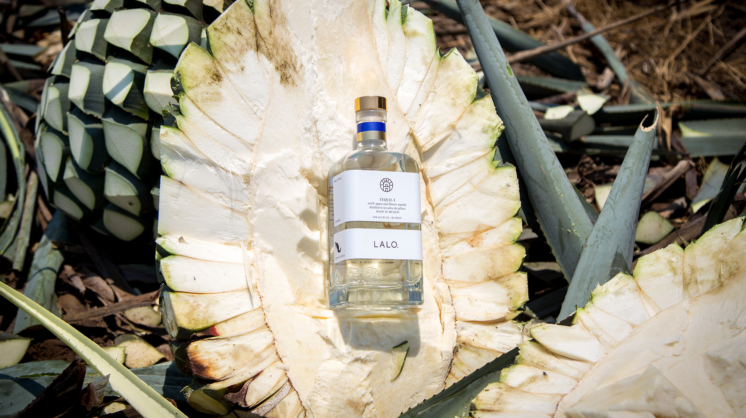 Eduardo “Lalo” Gonzalez is the grandson of Julio Gonzalez Estrada, better known to tequila lovers as Don Julio. His grand- father pioneered premium tequila, and his father — the first Lalo — continued that tradition. Now a third-generation tequila producer, Lalo thanks his grand-father for the inspiration to continue, and the Lalo on the label of his tequila is for his father, not himself.

“I drew inspiration from grandfather, but you never know you’re passionate about something until you’re doing it,” Lalo said.

Lalo and his friend David Rodriguez Carballido made a small-batch tequila for a family event in Guadalajara, Jalisco. The two focused on the blanco style because, as Lalo put it, they want to honor the agave. It’s the company philosophy today, too.

“This agave takes six or seven years to mature for harvest, and then producers throw additives and flavors at it rather than pursuing a true expression of agave,” Gonzalez said.

Producers are allowed to add flavors and other non-agave additives to tequila as long as the total doesn’t exceed one percent of the liquid in the Lalo Gonzalez bottle. Many tequila producers, including premium producers, will add vanilla or sweeteners to their mix, presumably to appeal to consumers more used to shooting than sipping.

In 2017, Gonzalez and Carbadillo met Jim McDermott — now a partner — at a wedding. McDermott assured them that their tequila was special and said he could help with distribution in the U.S. The team chose an unusual path, though: They would only make blanco tequila.

“People think you have to do every style — blanco, reposado, añejo — but I tell them to look at what Tito’s has done making one kind of vodka,” Lalo said. “You can focus on one thing and do it well.”

And Lalo Tequila is done very well. The blue agave comes through on the palate, and the finish is clean. The price point, about $40, makes it a steal among premium tequilas.

Also arriving in Oklahoma this year is Tequila Cabal, a partnership of Dustin Schweitzer and Everardo Gonzalez. (Schweitzer’s wife Samantha is a Yukon native.) The tequila is produced in Amatitan, Jalisco, and like Lalo, it’s designed to showcase the blue agave, but it does so in four distinct expressions: blanco, reposado, añejo and extra añejo.

Cabal is easy to spot on a shelf thanks to the beautiful horse-head bottle, a nod to the caballeros who are the inspiration for the name. It’s no gimmick, because inside the bottle is one of the best tequilas available anywhere: agave-forward, rich, clean and very approachable. For creative cocktails built around both of these brands, head for Palo Santo at 1203 SW 2nd St. in OKC, where tequila’s biggest fan, Bailey Butler, can craft you a delicious, imaginative cocktail that shows off the tequila’s nuances and flavor profile.