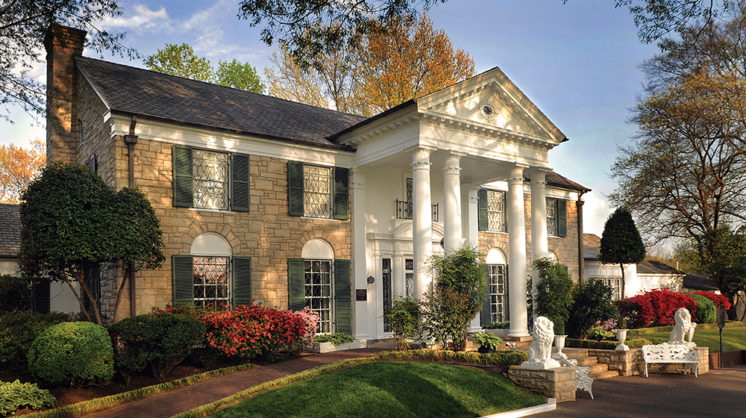 Think of Memphis and what comes to mind? The mighty Mississippi, blues, ‘cues and kings – as in Dr. Martin Luther and Elvis. It’s all that and more. Here’s a checklist of things to do and see that I’ve seen and done.

This is the No. 1 tourist attraction in town, and if you’re an Elvis fan, it’s an obvious must. A total experience would include a stay at the new Guest House at Graceland, a four-star hotel and resort with great amenities, located right across the street from Elvis’ mansion.

Mansion tours have been updated so that visitors use iPads to guide their steps. The house is a time-trip – not the palatial digs one might expect, but a blast from the past complete with shag carpet. Tours include public rooms plus out-buildings with more exhibits, ending in the Meditation Garden, site of Elvis’ grave.

An entire new complex, Elvis Presley’s Memphis, comprises many more exhibits, including Elvis’ car collection, costumes and displays of musicians who were influenced by the King.
You’ll need to check out packages to determine how much you see – and how much you’ll spend. Go to graceland.com.

This year marks the 50th anniversary of the death of Dr. Martin Luther King, and the motel where he was assassinated is now part of the museum complex. While there is a great deal of information about this Nobel Peace Prize winner, the museum covers much more than his own life and work.

Beginning with the first Africans brought to America, the exhibits use all sorts of graphics, artifacts and technology to give a comprehensive picture of the ongoing struggles of black residents in this country. Several exhibits give visitors the opportunity to examine state histories; Oklahoma’s Clara Luper is featured in the area concerning the sit-ins of the ’50s and ’60s.

There’s so much to see here, you’ll need to plan hours to experience it all. I was there two hours – scanning and running – and I only saw about half of the complex. For me, this museum is the most important thing you can see in Memphis. It says so much about our past … and gives so much food for thought for the future. For more, visit civilrightsmuseum.org.

Definitely wait until dark for this one – the neon alone is worth the trip. But it’s the crowds and the vibe that make this historic drag famous: Street performers draw attention, while music and the aromas of barbecue and beer float on the air and beckon visitors in for distinctive, vibrant entertainment of all kinds. Don’t miss the Elvis statue. 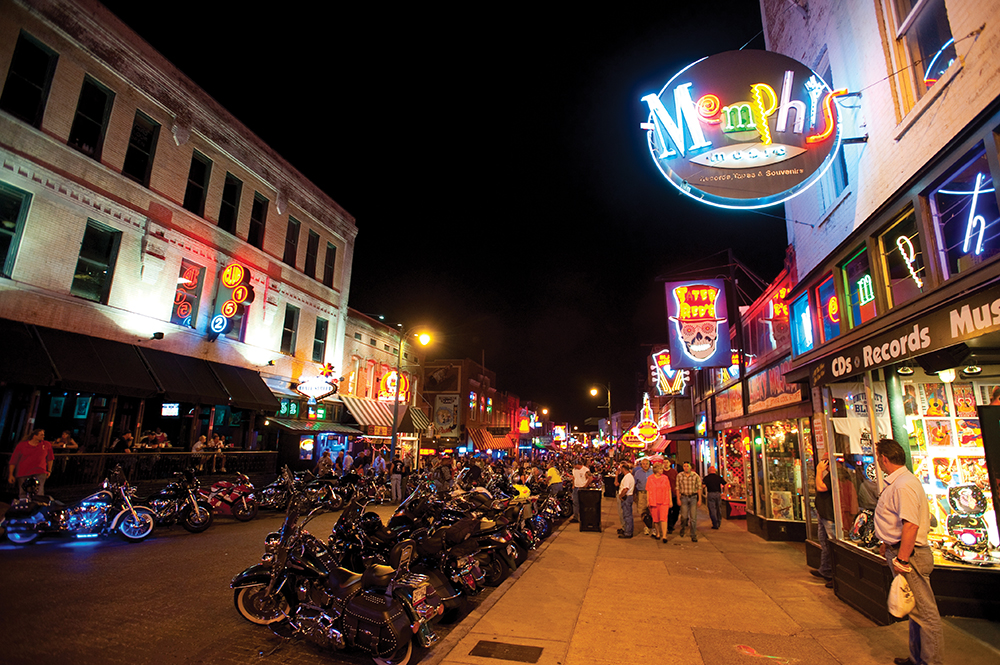 Both of these museums, within walking distance of each other, are worth a visit, and you can save a couple of dollars by buying a combined ticket. The Rock n Soul Museum is more about the history of music in Memphis, while the Hall of Fame highlights inductees from Elvis to Justin Timberlake. The Smithsonian did all the research for the Rock n Soul Museum, established it, then gave it to the city – making this a truly unique institution. The Hall of Fame, tucked between the Hard Rock Café and Lansky Brothers, Clothier to the King, is as quirky as the artists it salutes. Criteria for inclusion specify that the honorees must either have been born in Memphis or played a significant role in the development of the music scene here. My favorite exhibit is two-thirds of Jerry Lee Lewis’ 1983 Cadillac El Ballero: The other third is on display in the Jerry Lee Lewis Café and Honky Tonk, a couple of blocks down Beale Street. Be sure to visit both these tributes to the city’s sounds; find more info on their websites at memphisrocknsoul.org and memphismusichalloffame.com.

Taste-testing all the barbecue Memphis has to offer would be more than a full-time job. I loved Blues City Café on Beale Street, where the ribs are hickory-smoked, the sauce has a maple-y sweet flavor and the meat did fall right off the bones. There’s live music on the menu, and they also offer lots of other southern favorites, but when in Memphis … I finished my meal with an apple dumpling served in a cast iron skillet and topped with ice cream.

Another great choice is Central BBQ, who smoke their meats with a combo of hickory and pecan. Expect a line here – they’re so popular that they had to open extra locations.

I have to confess, I’m a beer newbie, so starting my education at Wiseacre Brewing Company was just what the teacher ordered. Public tours are on Saturday with reservations necessary, but I got a great one-on-one with Amanda McQuary. This crew is serious about beer – and enjoying life. I learned lots of facts, tasted lots of beer and came home with a great lesson on brewing. Here’s McQuary’s summary: “In making beer, yeast eats sugar, poops alcohol and farts CO2.”  I wrote down a lot of technical details … but this is the part I remember. They also claim that Memphis is the best place to brew, because Memphis water has no minerals or salts in it. I’ll take their word for it. It was at Memphis Made Brewing that I discovered that I prefer malty beers to hoppy ones. There are several other breweries in Memphis, but I figured two was a good start for me – other, more experienced tipplers should feel free to explore and enjoy. 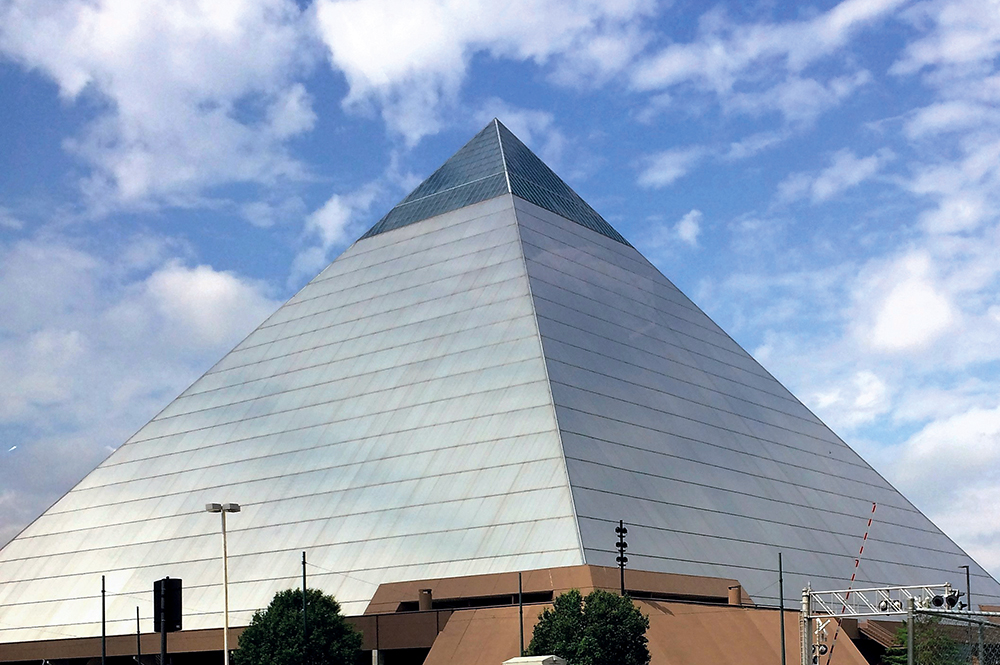 Bass Pro Shops at the Pyramid

Housed in a giant pyramid on the banks of the Big Muddy, this stop is a stunner. It’s like the Springfield Mother Ship on steroids. Inside is a cypress swamp with 100-foot-tall trees and even a couple of resident alligators. The tallest freestanding elevator in the U.S. takes you to the top of the pyramid, where a great restaurant with an observation deck waits. Also inside, Big Cypress Lodge features 103 hotel rooms, 90 percent of which have private balconies overlooking the scene below.

I go to zoos as often as I can when I travel. The newest exhibition, the Zambezi River Hippo Camp with new addition Winnie (born in March), is well worth seeing. But for me, the big draw was the China area. Stars of this section are Le Le and Ya Ya, giant pandas. There are only three other zoos in the U.S. where you can see these special animals.

As you can tell, I’ve barely scratched the surface of things to do, see and experience in Memphis. Make your own trip for more discoveries; memphistravel.com will help.