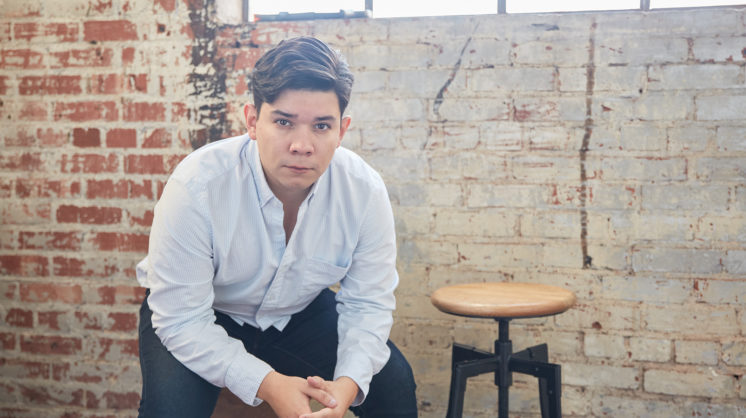 With his baseball hat on backwards, sitting in a coffee shop on campus, Baruc Lara could be any OU student during finals week—a little weary around the eyes, very ready for Christmas break to begin. But Baruc Lara has more than finals on his mind.

In early November of this year, Lara accompanied Governor Stitt on a diplomatic visit to Mexico, where part of the trip’s agenda included discussions about establishing a Mexican Consulate in Oklahoma. Lara explained, “Having a consulate in this state will help immigrants get documentation such as IDs and work visas from Mexico. It also opens dialogue and partnership with Mexico for future business development. This emphasizes that our state wants to embrace the cultures and practices of its citizens, and will lead to a better place to live for all Oklahomans.”

and concerns of the Hispanic community before the government.”

Although Lara won’t graduate from the University of Oklahoma until December 2022, he has already published a book about his life and guiding principles, The Incredible True Story, and also developed The Gap Between Foundation, which provides students in underserved communities with scholarships, mentors, and leadership opportunities. In 2019, he was a speaker at TEDxYouth, and named one of that year’s Forbes Under 30 Scholars.

When asked what set him on the path of serving others so early, Lara spoke glowingly about both of his parents, who came to this country as immigrants. “My passion to make change comes from them. My work ethic comes from my dad, and my love for others and my community comes from my mom.” A middle child of seven kids, Lara said that his parents taught them all that they were meant for greatness, but that greatness has to be actively pursued.

A defining moment in Lara’s life was the trip he took with his father over the winter break he was 13. Backpacking through Europe, Egypt, and Israel, learning about world history and culture, he said that the trip to Auschwitz-Birkenau changed everything. After touring the camp with his siblings, his father sat them down outside the camp and asked them, “What are you doing to stop this?” The kids, a little confused, protested that this genocide was over. Roberto Lara pushed them to think further. “Through poverty, hatred, racism—it is happening now. It will happen again. What are you doing to stop it?” Lara’s mother, Ana Rosa, said, “When Baruc came home from that trip, he was a very different young man than the little boy who had left.”

If you watch Baruc Lara walk away from the coffee shop on this cloudy gray morning, baseball cap turned backwards, cup of coffee in hand, you’d probably mistake him for any college student during finals week. But after this interview, for just a moment, our potential first Hispanic American President becomes visible.