How Western Was Done - 405 Magazine 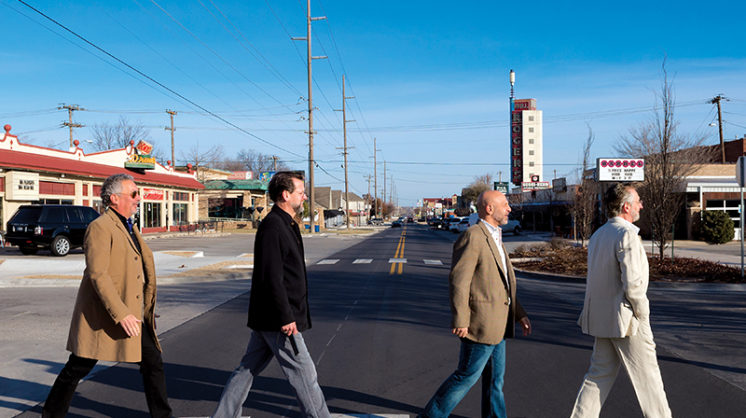 When Chef John Bennett opened The Grand Boulevard restaurant on N. Western Avenue in 1975, the area was not a hotbed of local business. In fact, Bennett describes it as “desolate.”

“I think there might have been a funeral home nearby, but I don’t remember anything else,” Bennett says.

Bennett is widely credited with bringing serious chef-driven cuisine to Oklahoma City, and his choice of Western Avenue would prove to be a sign of what was to come. In fewer than 10 years, locals would be flocking to the area to establish businesses, including restaurants, retail and other services.

Before the boom, though, there was the famous bust of 1982. Overnight, it seemed, oil prices plummeted, banks failed and far too many people lost everything, many of whom moved out of the state. Chris Lower, who now owns several restaurant concepts in Oklahoma City, sold his Edmond restaurant Roosevelt Grill in 1984. He was looking for a new space.

“Edmond was on its back,” he says. “Half my customers went bankrupt after ’82, and many of them just moved away. The customers I had left were coming from Nichols Hills.”

Oil prices dropped to about $25 a barrel by 1985, but Lower, who had worked for Bennett in the Grand Boulevard days, was determined to be in the restaurant business.

“People thought I was crazy,” Lower says. “Still, it was all I wanted to do. I fell in love with the business at Grand Boulevard. When I was looking, Nichols Hills Plaza was the coolest, quaintest shopping area in Oklahoma City.”

The space that would become The Coach House had been occupied by a liquor store, but it had been vacant for nearly a year when Lower signed the lease. The Coach House’s history is well known, as is that of the building once occupied by The Grand Boulevard. After a brief stint as Domino’s (not the pizza chain), Flip’s opened in 1985, just a few months ahead of The Coach House.

The area we most often think of as “Western Avenue” is really a stretch from NW 36th to Wilshire Blvd. The division between the north and south segments of this strip – an area Chef Kurt Fleischfresser calls “independents’ row” – is Interstate 44. VZD’s opened in 1985 on the south end of the strip, meaning 1985 was one of the best years ever in Oklahoma City.

VZD’s became an Oklahoma City landmark precisely because it hosted bands that were on the way up, or that fans were unlikely to see anywhere else. Acts as diverse as the Red Hot Chili Peppers, the Dixie Chicks and Chainsaw Kittens filled the stage. However, the era of its musical relevance had ended by the time VZD’s closed its doors in 2014 (the venue later re-opened under new ownership). 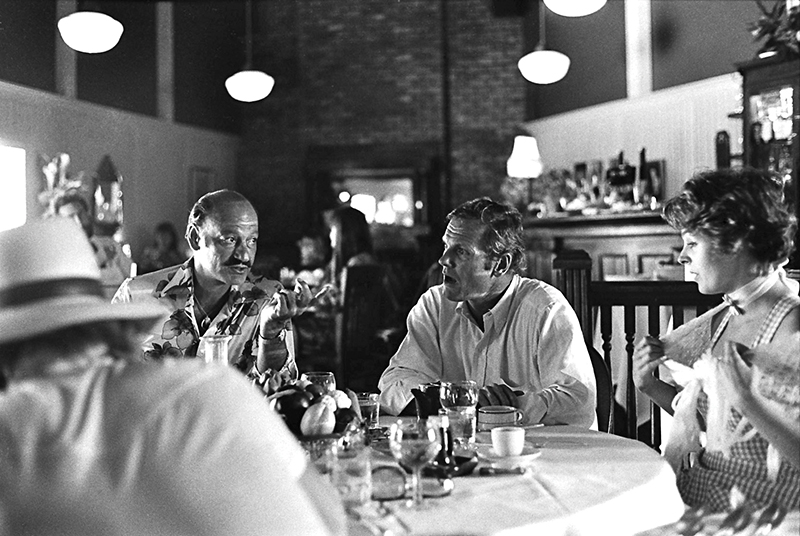 When Aubrey McClendon and Tom Ward founded Chesapeake Energy in 1989, no one had an inkling of how the company would reshape Western Avenue. The townhouses near the corner of NW 63rd and Western were still called Three Chopt Square when McClendon started acquiring them for the Chesapeake campus. Still, the development was modest compared to where it was headed.

“I don’t think anyone knew what was coming,” Lower says. He laughs, and follows with, “I think all that was in the mind and imagination of Aubrey; none of us saw it, though.”

The 1990s saw businesses come and go, including some notable restaurants, but The Coach House, The Metro and Flip’s stayed strong and continued to attract customers on the north end. The south end saw an infusion of new life when Carl Milam opened Sushi Neko in 2000. Kurt Fleischfresser joined Milam – forming Western Concepts – in 2007, after Milam had built Musashi’s. It was shortly after Fleischfresser and Lower sold Deep Fork to a group of investors that would form the Deep Fork Group (DFG).

Dave Attalla, a partner in DFG, said the group bought into Western because the demographic matched what the company wanted to do.

“The neighborhoods around Western were perfect for what we wanted to do,” Attalla says. “We didn’t just invest in restaurants, either. Rod Meyers (the founding partner) also invested in (physical fitness concept) Stretch U.”

Like Lower and Fleischfresser, DFG didn’t just build restaurants. While Fleischfresser is directly responsible for training dozens of chefs in the state, and Lower has in many ways pioneered counter-service restaurants in the metro, DFG has helped build a food culture that includes notable alumni such as Rachel Cope (Empire, Goro and Revolucion) and Elena Farrar (Elemental Coffee). They also helped fire up the “gourmet” pizza industry, including vegetarian and gluten-free pizzas, when they opened The Wedge in 2007.

Within the past five years, national investors have been looking at Western Avenue, and like Whole Foods and Trader Joe’s, they are investing heavily in the corridor north of I-44.

Rachael Taylor, the Western Avenue District manager, said Glimcher Capital Group has completed the purchase of the “lawn” directly west of Chesapeake’s main campus. There are tons of rumors afloat, but no specific plans for the space yet.

Taylor said the southeast corner of NW 50th and Western (across from Bishop McGuinness High School) soon will be home to a multi-purpose facility that will include a Hideaway Pizza. Just one block south, Monte Turrentine will convert the old Legacy Cleaners facility into a mixed-use project that includes retail stores and condominiums. Neither of the projects has a specific timeline as yet, but both indicate that Western Avenue is still a desirable place for locals to invest, even if, as Attalla notes, “there is not a whole lot of space left to build.”