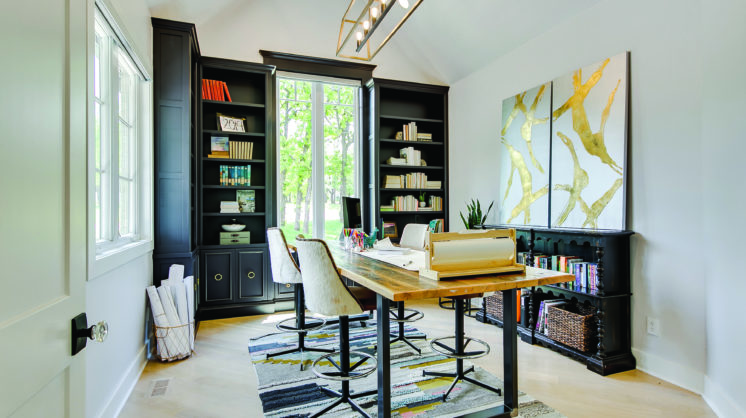 Dusty Boren is a homebuilder in central Oklahoma who specializes in single-family homes, especially those in the $350,000 to $500,000 range. It should probably be an axiom that parents choose to build based on a very few parameters, and first among them is school system. Boren said Edmond is still the undisputed champion in new home construction, and single-family homes with three or four bedrooms are the most popular new builds. “The first question parents ask us is which school district the development is in,” Boren says. “We spend some time navigating the distinction between city and school district, because an Oklahoma City address could mean Edmond schools or Yukon schools, depending on where the house is built.”

More than any other factor, schools will push people out of the core into the surrounding areas, and the usual suspects are doing well according to Boren: Edmond, Deer Creek, Mustang, Yukon and, of course, Moore. The reasons why Oklahoma City schools have a difficult time retaining students and young families would be the subject of a much larger, more focused piece, but the recent consolidations are sure not to help the general move outside the core.

Cost is another factor in selecting homes in the suburbs or outside the districts. While the houses can be similar in price, the amenities are radically different, including something as simple as a garage. Many older homes near downtown have carports or driveways, and at best, they may have a detached garage. “A garage is still one of the primary amenities people want,” Boren says. “Oddly enough, we’re not even talking about the standard three-car garage that comes stock with the house; we’re building more and more detached garages, or ‘toy boxes’ as we call them. They’re workshops or garages that hold boats, SeaDoos, golf carts or shop equipment.”

Gary Randolph Design + Build, whose custom homes are impeccably and artfully created, has also stepped outside the traditional urban core in order to meet its clients’ needs. “When you've worked with clients on four previous projects they are no longer considered clients but friends. Randolph Design + Build worked closely with the architect, Brent Gibson Classic Homes, on this project as well as listening to the clients' needs to create their dream home,” says Ashley Randolph McAllister, master builder apprentice with Randolph Design + Build. “From the custom iron stair rail to the beamed cathedral, light filled living room! We are always driven by collaboration, artistry, and craftsmanship to make sure it’s a home the family will love forever.”

Moore, which continues to attract home buyers in spite of its tornadic history, is also using federal disaster funds to create multifamily dwellings. Among them is The Curve, a 244 unit complex that is being built on the ground formerly occupied by a mobile home park destroyed in the May 20, 2013, tornado. Deidre Ebrey, the director of economic development for the City of Moore, said that the city issued 118 single-family residential permits by the end of August of this year.

“There are several projects in process that will yield additional residential growth in the coming years, specifically on the east side of Moore,” Ebrey says. “One particular project is a former golf course which has been rezoned for residential development. This development is projected to have over 430 lots when complete. This is a 100 acre residential development, with plans for three homes per acre on the developable land.”

Moore is also seeing commercial growth, especially with national brands such as Ulta Cosmetics, Dunkin Donuts and Black Bear Diner– but with the exception of popular metro eatery Johnnie’s Charcoal Broiler, local hospitality groups are not flocking to Moore, in spite of a median household income around $60,000.