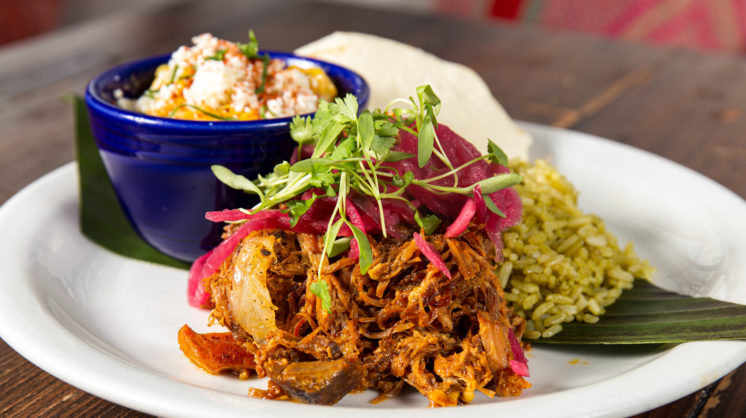 When Chef Marc Dunham assumed operations at Iguana Mexican Grill in 2017, he had two very important tasks: make improvements overall (both food and aesthetics) and find a chef.

“The first thing I did was observe the kitchen staff,” Dunham says, “and it was obvious that Chef Juan was leading the kitchen.” 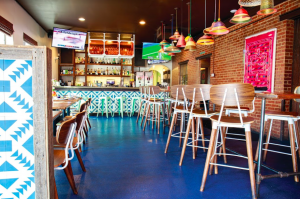 Born in Guatemala, Juan Quixtan had worked at the restaurant since opening day, finally earning his way into a leadership position. After Dunham assumed operations, Quixtan became a partner in Iguana. 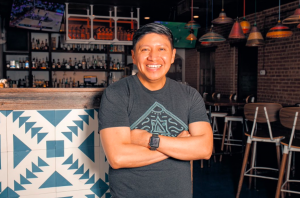 “The tendency is to look outside to find a chef,” Dunham says. “Companies or owners tend to look for chefs with experience as execs to run a kitchen, but we had a guy here who knew the food, cooked it well and ran the kitchen.”

For Dunham, and partners Steve Mason and Aimee Ahpeatone, Quixtan was an easy choice. To further the young chef’s expertise in the field, Dunham reached out to Rick Bayless, the Chicago chef and Oklahoma native, best known for translating Mexican cuisine for American consumers. Quixtan was able to spend time in Bayless’s restaurant in Chicago to better understand the complexities of the executive chef position, including recipes and techniques.

Iguana is technically a Tex-Mex restaurant, and as Dunham is happy to explain, Tex-Mex is Mexican food.

“Tex-Mex is Tejano food,” Dunham says. “It’s from northern Mexico, including what used to be the northern edge of Mexico: San Antonio. It was made popular in Texas by restaurateurs who served predominantly white clientele, but it is Mexican food. To say otherwise is simply to misunderstand its origins.”

Quixtan is comfortable with Tex-Mex, but he’s also passionate about more traditional foods from other areas of Mexico. He talks easily about the cuisine of Oaxaca, Yucatan and Puebla. His Yucatan Roasted Pork is essentially cochinita pibil, a traditional Guatemalan dish, so his cooking is a very literate version of Mexico and Central America … mixed with the demands of serving a predominantly white clientele. 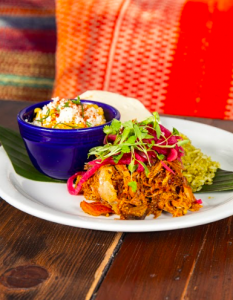 “We’ve talked about balancing cooking for yourself and cooking what people expect,” Dunham says. “Iguana is an old, established brand, and people come to us with expectations.”

Those expectations are met in Quixtan’s barbacoa tacos or enchiladas. He serves up delicious chimichurri chicken, here adding the influence of Argentina. Again, he understands the Latin American cookbook, not just Tex-Mex. Of course, Iguana has the expected baskets of chips and guacamole, but Quixtan’s skill is present in the ways he uses chilies – guajillo, chipotle, poblano, arbol and of course, jalapeno. 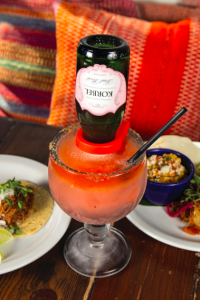 “I love mole,” Quixtan says. “People in Oklahoma are used to chocolate mole, but there are more than 30 moles in Mexico. I’d like them to experience even more of them.”

The balancing act has been balanced again, this time with Quixtan’s creativity. Both Dunham and Quixtan know it’s possible to move too fast, to overwhelm a guest with too much that’s new or unusual, so they’re now doing tequila and mezcal dinners including four or five courses that allow Chef Juan to flex his culinary muscles. A recent dinner included roasted quail in guajillo mole, and tetela (a masa pastry) in a poblano cream sauce. These aren’t things you’d find on a Tex-Mex menu; they’re deeper cuts for people who want to experience something from farther inside Mexico (or Guatemala), not just the north.

The event we are waiting for is the one that makes Chef Juan’s eyes light up: “I want to do a mole dinner with four or five different styles paired with mezcal,” he says. We’ll be there.