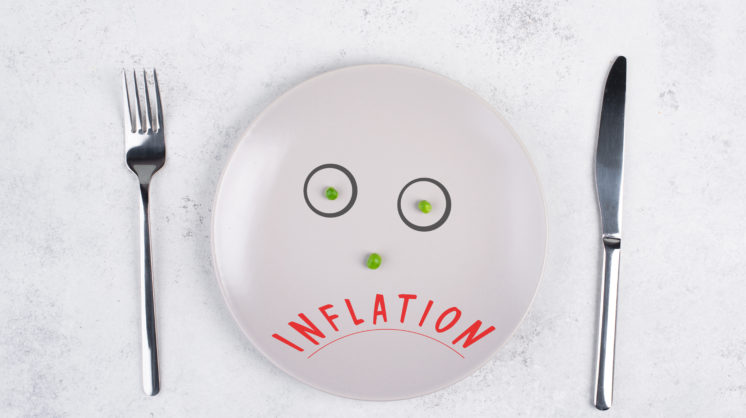 With inflation rates at a 40-year high, the cost of doing business is skyrocketing across all sectors and hitting food service especially hard, given that they were already in the middle of a staffing crisis. The inflated prices are impacting every area of food service, from food costs to paper goods to containers for to-go orders.

“Guests don’t really understand how the food service business works, and it’s not their job to do so,” said Rachel Cope. She’s the founder and CEO of 84 Hospitality, which is the parent company for Empire Slice House, Neon, Burger Punk, Goro and Revolución. “The truth is, though, that we’re at a point that we have to pass on increased costs or we’ll cease to exist.”

The restaurant business has always run on razor-thin margins, and that means volatility in pricing for food and nonconsumables can have a catastrophic impact on those margins.

“Volatility is a problem, still,” Cope said. “Every time something drops in price, something else shoots up. I’ve just converted a part-time financial employee to full time so she can keep track of the fluctuations in prices because that has been the majority of my work day for months now.”

J. Mays, co-founder and operating partner of Killer Squid Hospitality (Cafe 7, The Hamilton), said, “Everything is more expensive now than it was last year and especially in 2019, before the pandemic. We’ve had to raise prices at Cafe 7 twice, and that meant it was the first time the average lunch ticket was above $10. We’ve raised prices at The Hamilton three times. We’re tapped out, but staff is too.”

Mays said that the impact of inflation on his staff has been a net decrease of 8% in their pay — not an actual decrease, but instead compared to what the same check would have purchased last year. “There is nothing we can do about that either, and it’s frustrating.”

“We’re in the people business,” said Keith Paul. He’s the founder and president of A Good Egg Dining Group, which has Barrios, Red Primesteak, Kitchen 324, Iron Star, Tucker’s and The Drake. “That’s not going to change. Labor costs have gone up at the same time staffing decreased and prices increased. We’re trying to find ways to nurture our employees and help them through this, too.”

Paul said AGE has focused on raising prices as little as possible, consolidating menus to eliminate labor-intensive dishes, and tracking pricing every seven days to maximize savings on purchases. “We’re out of moves, though,” Paul said. “When the average ticket price for lunch is now above $15, we’re going to get some pushback soon, but we had to raise prices to pass on costs to stay operational. We stayed below the rate of inflation, but we had to raise prices.”

At the same time, Paul said revenue is strong and sales are great, but he wonders about an important qualifier. “Is that because of the increase in prices?” he asked. “Looking at it year to year, there’s a clear increase in sales, but we’ve also raised prices. We’ve seen a 50-70% increase in to-go and curbside orders, but we’ve also seen the price of to-go materials double in addition to increased food costs.”

Cope said 84 Hospitality is forced to consider something that no one on the team likes. “We’ve used eco-friendly to-go materials for years now, but they have tripled in price, so we’re considering going back to plastic,” she said. “I hate that. It goes against who we are, but customers don’t want to see a big fee tacked onto to-go orders.”

“Much of navigating this moment means educating the public about how this business works,” Mays said. “Things will change eventually, but not overnight and not soon.”

Regular customers know what they’re used to paying at a favorite spot, and so price increases — which work best on bestselling items, obviously — are immediately noticeable. Post-COVID, guests were used to paying a little extra and tipping generously, but everyone assumed things would improve “after” COVID. The combination of staffing shortages, increased third party costs, increased labor costs, stratospheric increases in food costs, especially proteins, and now gas prices (which affect transportation costs) has made it difficult for restaurants to find their footing. Analysts are now predicting huge increases in the price of wheat due to the war in Ukraine, something that pizza joint operators like Cope are watching closely.

One conversation that’s happening at the Oklahoma Restaurant Association is how credit card processing fees can be put back on the customer – in whole or part – so that they can share the costs. The additional 4% fee is already common in bodegas, some taquerías, and other mom and pops, but larger concepts and hospitality groups have historically just eaten the marginal loss on their revenue for customer and concept convenience.

“The transaction fees are the ways credit card companies fund those ‘cash back’ incentives,” Mays said. “In a sense, consumers are already benefiting from the rewards programs and then benefiting again at the register. It’s not a popular idea with consumers though.”

The math actually weighs in on the side of restaurants, though. Consider a 4% increase for a family that eats out at local restaurants once or twice a week. That’s still less than 10 transactions a month. A busy restaurant will take that 4% hit hundreds of times a day. At one concept where the owner wished not to be identified, the total outlay is about $7,200 a month. That’s a busier-than-usual restaurant, but it does highlight the difference in scale of consumer versus operator.

Popular local restaurants stand out by offering quality and personalized service, and quality is what is in danger in many restaurants now. With nothing left to cut, food quality usually ends up on the altar.

“Our pizzas aren’t cheap, but the quality and size are great,” Cope said. “We won’t sacrifice quality, because that’s our name, our reputation at stake.”

It’s a sentiment that Mays and Paul echoed. Still, the question remains: How much more will consumers pay to continue supporting local? Massive chains have economic advantages over local operations, but the food and service are usually better at local joints, to say nothing of their contributions to a city’s identity and quality of life.

As for an end to the crisis? “The end is always a guessing game,” Paul said. “Some are saying things will improve by the end of summer, but I don’t know.”

Cope is less optimistic. “I worry that the prices have gone up, and when that happens, suppliers don’t voluntarily lower them because supply chains improve. I’m not sure they’ll ever level out to pre-COVID levels.”