Inside the Green Grow Expo - 405 Magazine 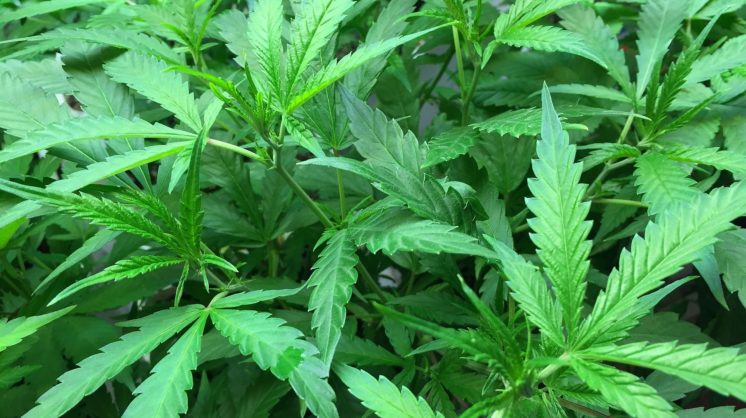 One of the realities of legal marijuana in Oklahoma is the ancillary business that will emerge as a result of a new industry arriving. Two local entrepreneurs, Jay Wright and Reece Higbie, are bringing together more than 90 cannabis-focused businesses March 2 and 3 at the Oklahoma Expo Hall on the grounds of the State Fair Park.

Wright, who calls himself an advocate for legal cannabis – the term he prefers to marijuana – said the goal of the Green Grow Expo is to help Oklahoma entrepreneurs and patients learn to navigate the complications of legal cannabis.

“I’m an advocate for safe, healthy options for people who could get relief from cannabis,” Wright says. “There are roughly 90 cannabinoids and only THC is psychoactive, so we want to educate people about the benefits of a product that can help with pain relief and other medical issues, and we want to help people who are interested in starting businesses to serve this industry.”

The expo will feature entrepreneurs and experts in the “plant-touching” and ancillary categories, which means some will be processors, growers and dispensaries, but there is also a large contingent of businesses that specialize in legal issues, bookkeeping, lighting and even sustainability – an area in which Wright would like to see more progress, especially when it comes to packaging.

Wright estimated that two-thirds of the businesses and entrepreneurs will be Oklahoma-based, and many of the other third will come from states where marijuana is already legal.

“They can help people understand how to navigate this business, both the success stories and horror stories,” Wright says.

Wright’s business partner in the Green Grow Expo is Reece Higbie, but residents of central Oklahoma will likely know him better by his radio name: Ric Reece, former DJ at KJ103 and KISS FM. Higbie suffered a traumatic injury in 2006 when diving into a lake to rescue his son; the water where he dove was only four inches deep, and he fractured three cervical vertebrae. The accident left him paralyzed, but in a cruel irony, it didn’t stop him from feeling chronic pain in his back.

“I’m a reverse quad,” Higbie says, “which means my lower body is stronger than my upper. Doctors said I’d never walk again, but I am out of the damn wheelchair and walking. It’s not graceful, but I’m walking.”

Over the ensuing 13 years, Higbie has taken almost every painkiller the average American can name, many of them opiates. This year – likely after the expo – he will surrender his pharmaceutical prescription and opt for a medical marijuana card. Under Oklahoma law, a patient cannot take both medical marijuana and narcotics. Higbie realizes it’s a risk, but as a cannabis entrepreneur, he’s putting his health where his mouth is, so to speak.

“I’m doing this expo because I’ve heard stories over the years of people who have had a similar experience to mine, and this is a chance to advocate for those people,” Higbie says.

Many of the Oklahoma-based stories about medical marijuana’s effectiveness have already been compiled by Wright and Higbie in video form, and they’re available at Okla57.com, a reference to the 57 percent of Oklahomans who voted in favor of medical marijuana. Part of the Green Grow Expo’s mission is an extension of the #Okla57 Initiative; they want to educate Oklahomans.

To further that goal, the expo will feature classes in multiple categories. More than 30 speakers will offer information and insight into various aspects of the cannabis business and medical marijuana. The classes are an extra charge, but VIP attendees will receive one class as part of the $42 ticket price. General admission is $21 for one day. The VIP pass grants admission both days.

And to forestall the question: There will be no marijuana dispensed as part of the expo. “It’s not legal,” Wright says. “There is no traveling road show for cannabis.”