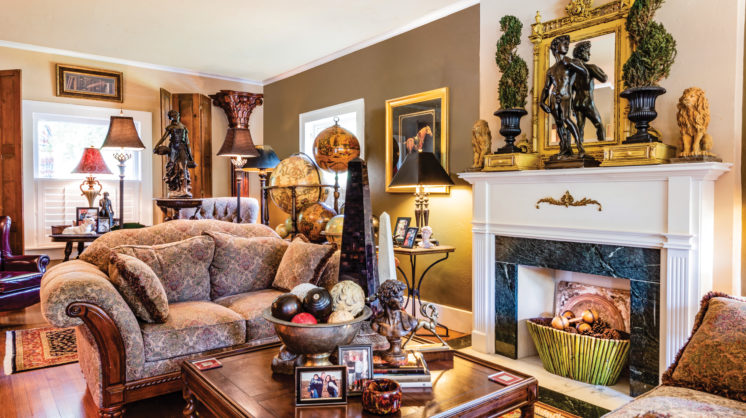 It was October 1994 when Bruce Hall and Mike Stuart met for the first time. Hall was walking his dogs, Stuart was jogging and they stopped to chat. The two hit it off immediately, and soon were best friends. 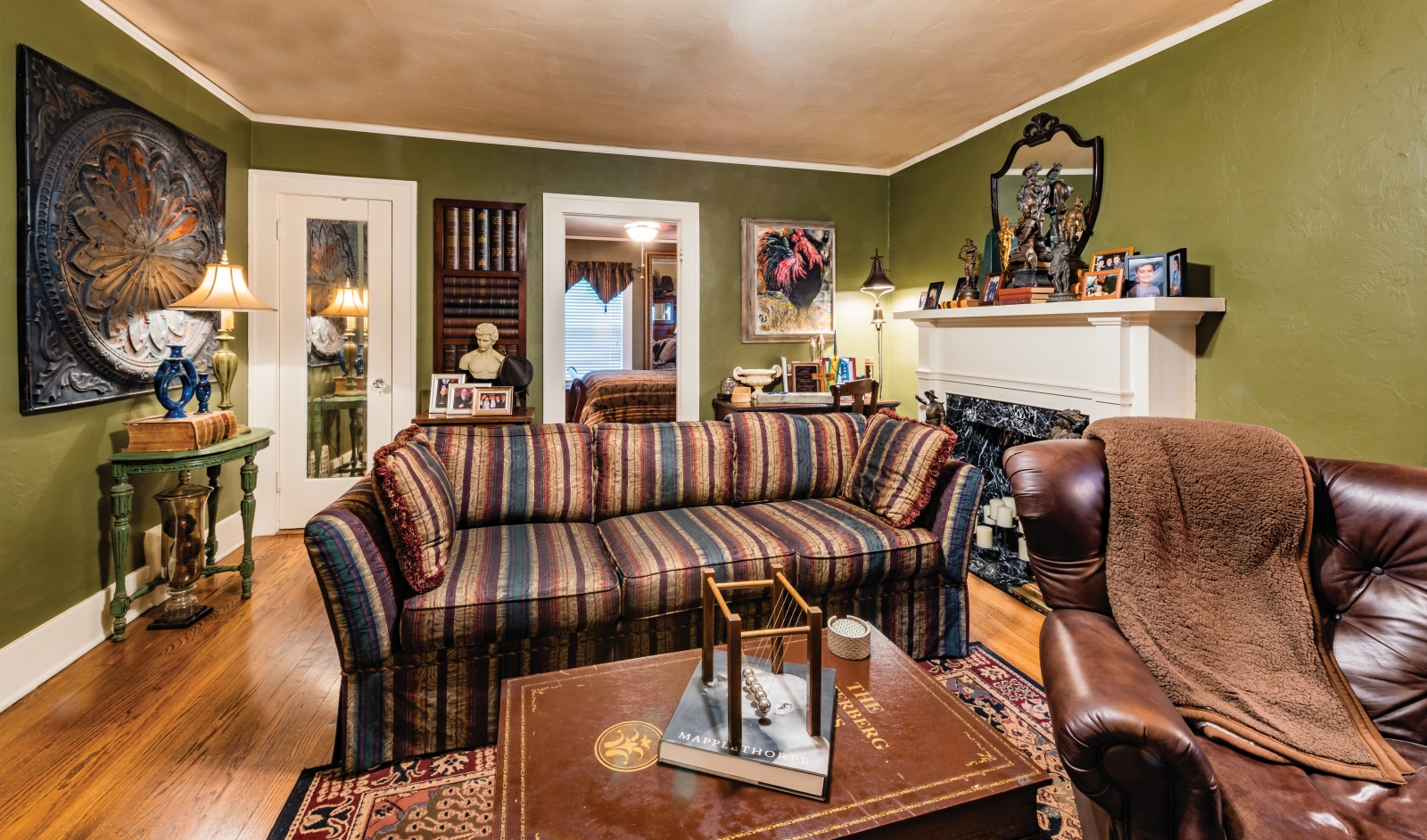 And much of that time has been spent at their home in Oklahoma City’s Miller neighborhood. “We both had separate houses the first two years we were together,” Stuart says. “We had driven by this stately old house several times, and when it went on the market, Bruce and I went to an open house one Sunday. Within an hour, we had made an offer.”

The couple bought the home in 1997, and it soon became part of the fabric of their lives. 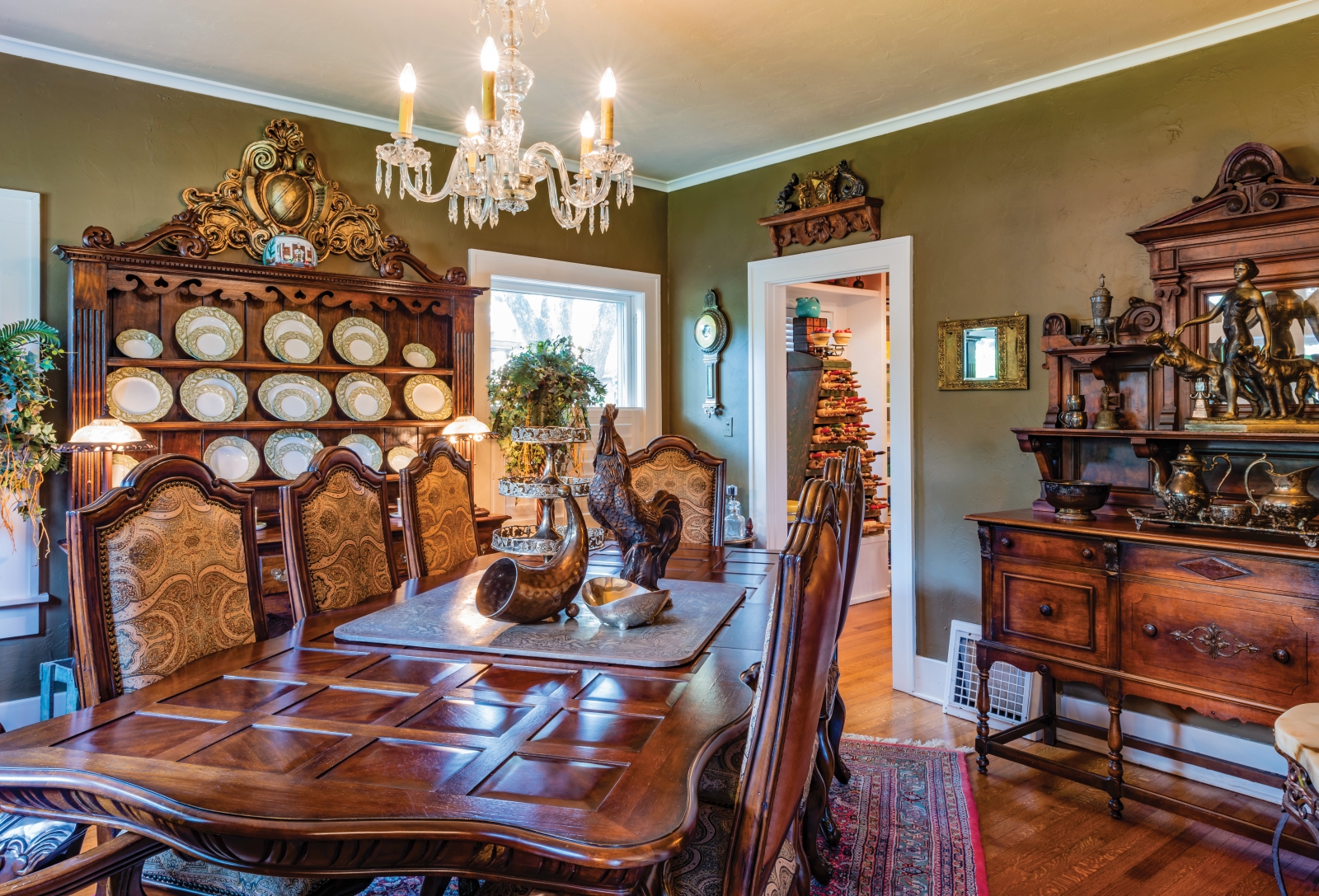 “I think we knew instantly this was going to be our home,” Stuart says. “We have put so much of ourselves into this house; we both have busy lives, and this is our place to retreat at the end of the day.”
The house was built in 1915 by George Miller, who founded the Miller neighborhood.

“Back in the teens and ’20s, Miller was way out in the country,” Hall explains, “so they ran trolley tracks over to the neighborhood to take residents into the city. Our house was known as the ‘Miller Mansion.’”

But by the time Hall and Stuart bought the house in 1997, the Miller neighborhood had fallen into disrepair. 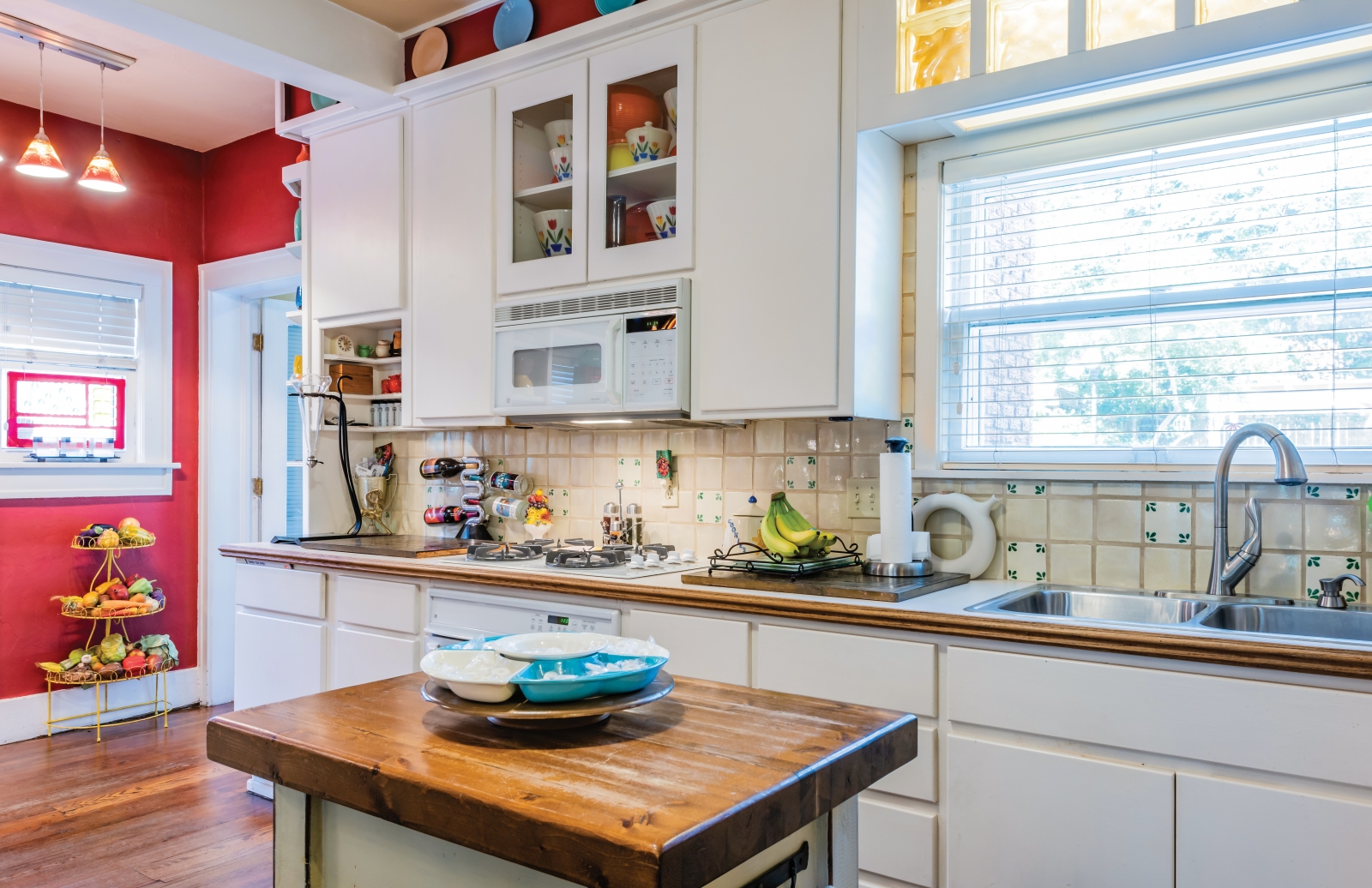 “It was a rough neighborhood,” Stuart says. “There were crack houses around us, and most of the houses were primarily rental properties. Our house had been remodeled before we moved in, but most of the surrounding houses were still in bad shape.”

The two men became active in the neighborhood association and began working on improvements. Hall says he wanted nicer street lighting but was told by city officials that was out of the question. So he began painting the current ones himself – a total of 48 light posts. He mowed the medians and picked up trash, which led to him being named “Neighbor of the Year” by Oklahoma City Beautiful in 2010 and the Neighborhood Alliance in 2012. 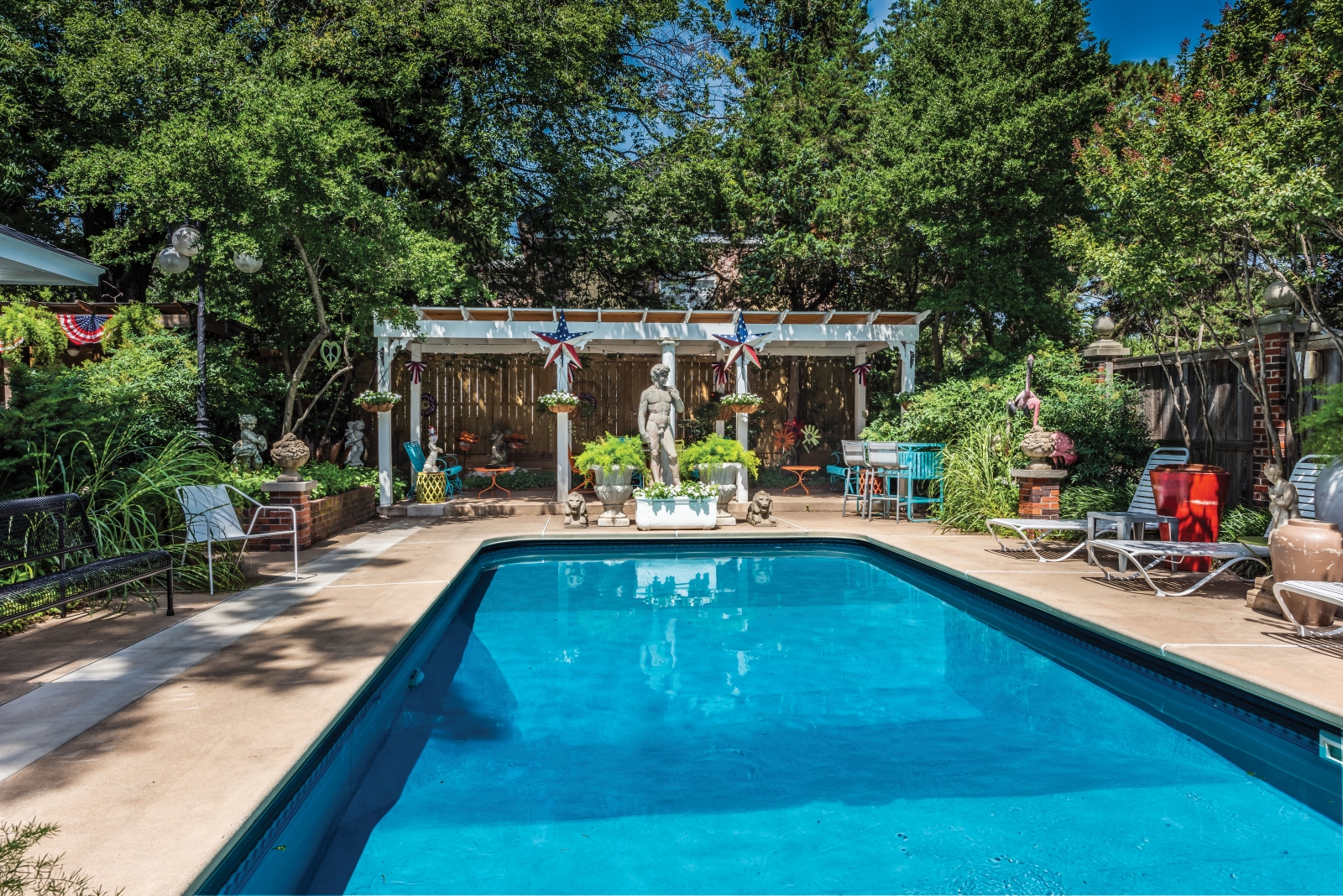 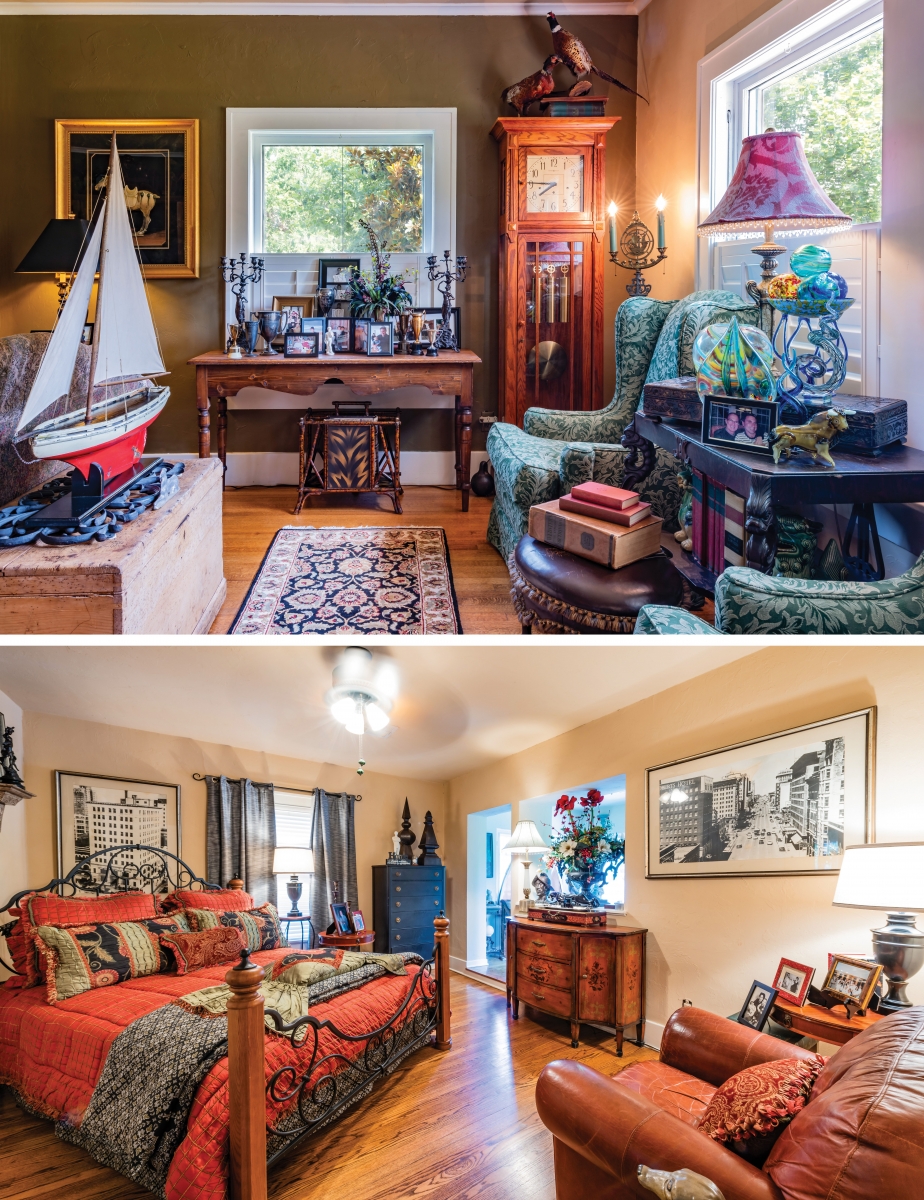 Today, the Miller neighborhood is no longer “up and coming.” It has, in fact, arrived.

“This is a very sought-after, vibrant neighborhood,” Hall says. “We feel like we have one of the best locations in Oklahoma City. We are minutes from the highway, minutes from downtown. But we are close enough to downtown, Midtown and the Plaza District without all the chaos of living there.”

Back in 2000, the couple added a pool to the backyard – they enjoy entertaining friends there in the summer, and set aside time for themselves for staycations.

“We have been here now 22 years and we’ve never tired of this house,” Stuart says. “We love the house, we love the location, we love its history. In fact, we feel like it is part of our identity. I can’t see us living anywhere else.” 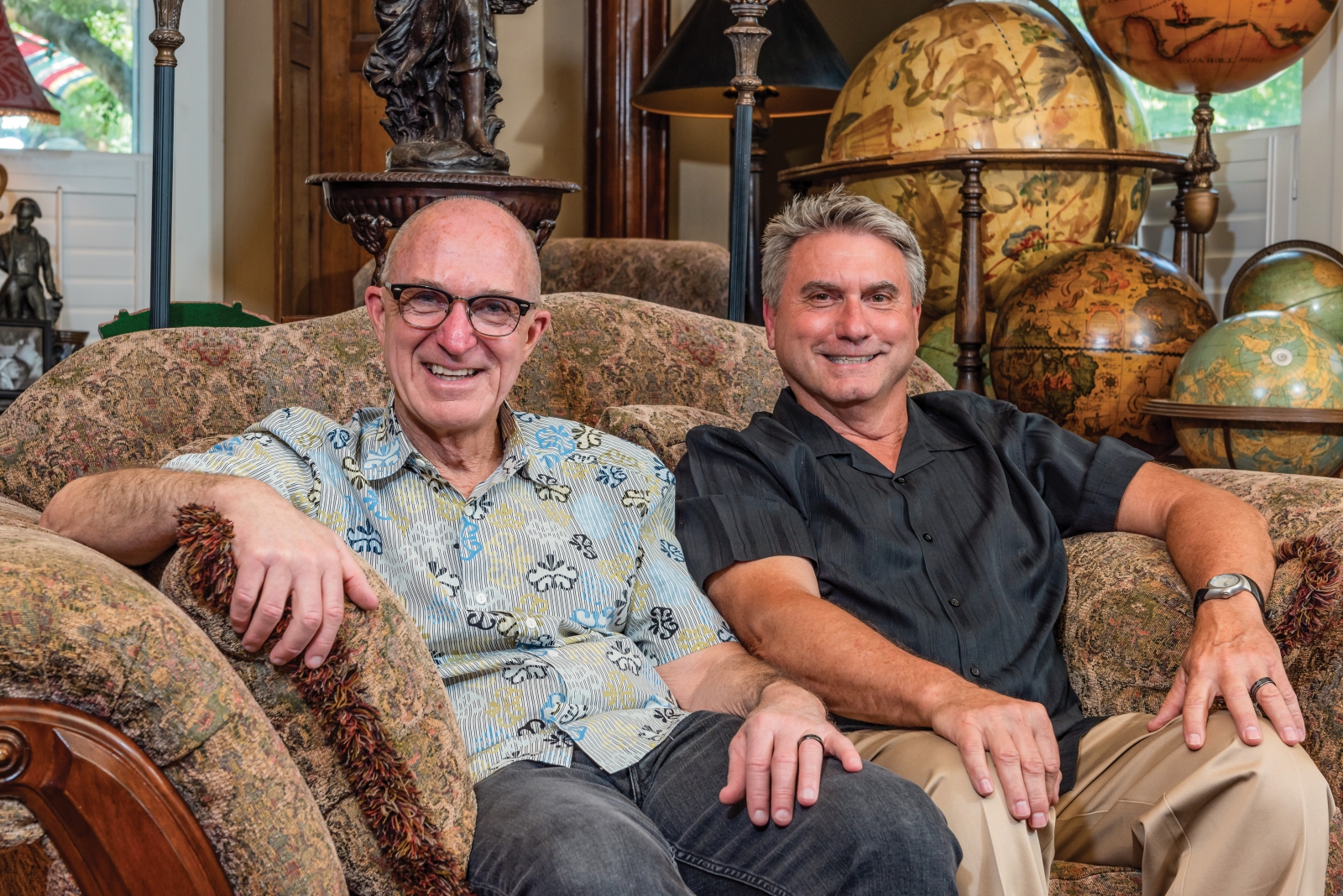