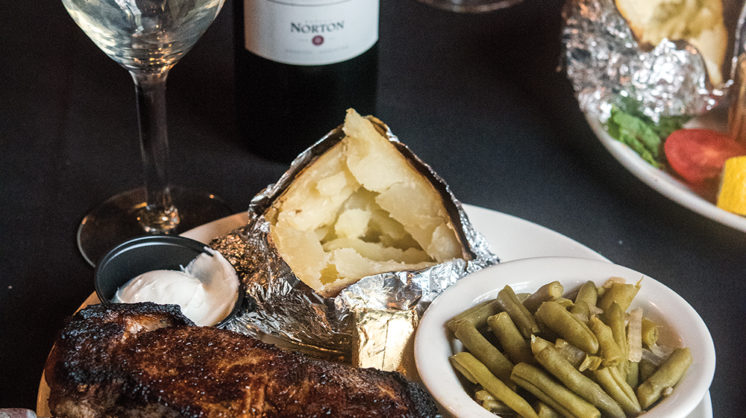 Given that one of our features for this issue looks at the newest set of dining establishments to hit the metro (see p.64), we decided to devote our standard restaurant review to revisiting a local classic. It’s been more than 50 years since Tulsa’s oldest steakhouse, Jamil’s, spun off a second location in OKC, and the food’s still pretty fine. Plus, if you’ve been in anytime during the last four decades, there’s an excellent chance you’ve met Greg Gawey.

When Jamil’s opened its doors on Lincoln in 1964, Jim Elias was running the show, but after a dozen years he decided to hand it off but keep it in the family; his nephew Greg Gawey has been at the helm ever since.

The vintage vibe is strong in this converted old house, and a keen sense of appreciation for history permeates the entire building. Sometimes it’s overt in the ample memorabilia, framed OU Sooners photos and caricatures of Oklahoma greats such as Sequoyah, Reba, James Garner and Troy Aikman. It’s also implicit in the low light, dark wooden paneling and well-used old chairs that let diners know they’re in a place with a rich heritage. If you get a chance, take a look inside the banquet room at the series of framed photos picturing Lincoln Boulevard from back in the ’60s and ’70s, when it had more than a hint of a Las Vegas vibe in its signage.

The elements of this décor aren’t just a random collection of pieces that look old-timey, either: “Everything in here means something,” Gawey says. He points to the Tiffany light fixtures inherited from his uncle, a painting from former Sen. Enoch Kelly Haney, a commemorative replica of Oklahoma’s first state flag (the one with a “46” in a white star on a red field) and multiple glass panels throughout the restaurant. They are from downtown’s old Hotel Black, rescued before its demolition because Gawey went to school with the younger Black, who invited him over to salvage before the doors closed for good.

Amid all this atmosphere, it makes sense that the menu relies heavily on time-tested dishes – beginning with one of Jamil’s claims to fame: the Hors d’Oeuvre Platter. “These recipes are all from my mother,” Gawey assures us of the hummus, tabouli and cabbage roll served with ribs and smoked bologna. Some of this Lebanese bounty is gratis to anyone who walks in and sits down to eat, the way baskets of bread pad the tables of other restaurants, but spring for the whole shebang – you don’t want to miss out on the meats.

The tabouli is zesty and sharp as it should be, without any one of its flavors overwhelming the others, but you might nonetheless want a palate cleanser – the creamy hummus should work nicely – before moving on. It would be a shame to miss the comparatively delicate hint of cinnamon in the cabbage roll’s tomato-based sauce. The ribs are tender and savory enough to reward all your culinary concentration, plus, the smoked bologna is flat-out great. I can even appeal to a higher authority: Back in 2012, Food Network Magazine picked the Senators’ Smoked Bologna off Jamil’s menu as its must-try sandwich in all of Oklahoma. I’ve sampled it a few times now, and I can say that anyone who does try it is not likely to regret it. 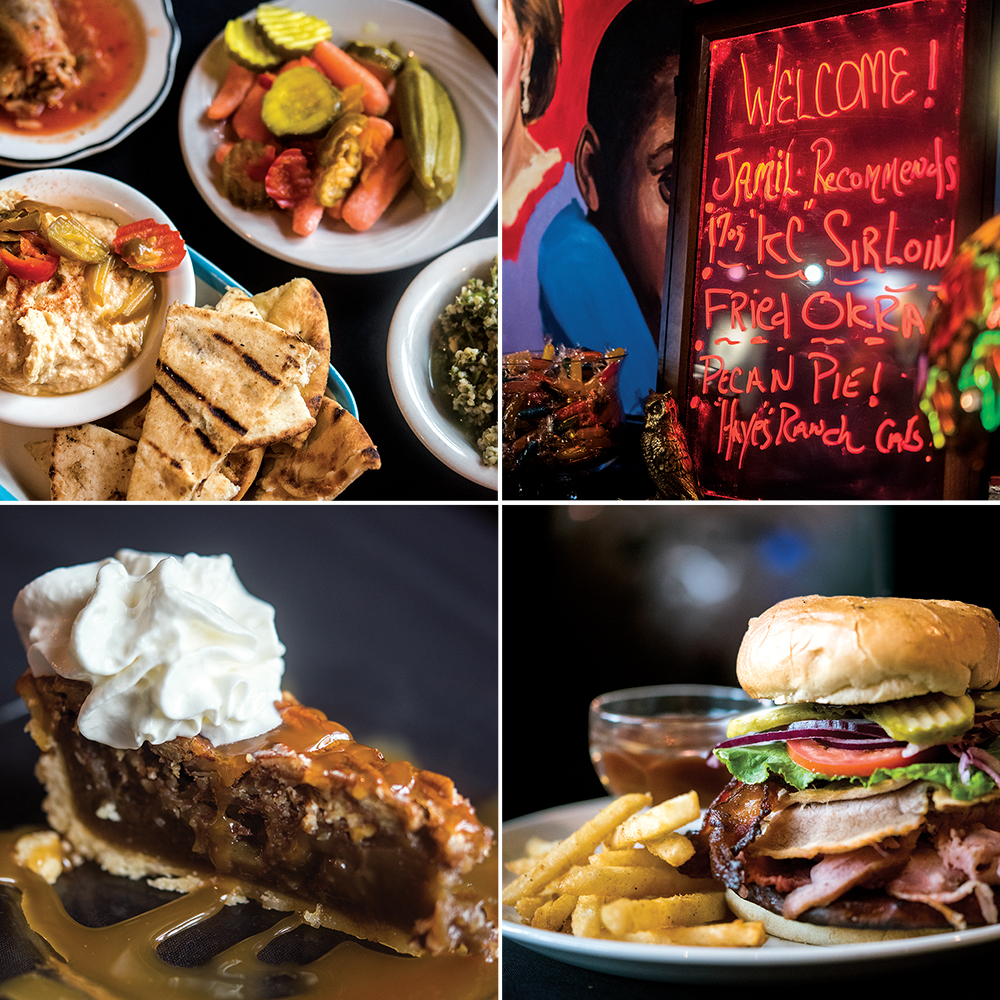 Since it’s a steakhouse that has reached its golden anniversary, you should be able to guess that the steaks are great – I will steer you toward the 17-ounce USDA Prime K.C. Strip, which is big in every dimension, including thickness and flavor, and has a beautiful texture inside and out – but you also should pay special attention to the catfish. Its thin filets are fried up crisp and firm with a nicely seasoned breading that Gawey says, “comes from my cousin’s restaurant in Louisiana. I sell 100 pounds of catfish a week.”

Ask your server about dessert, if you still have room. By the time you read this they should be set up with a seasonal pumpkin cheesecake, and there’s pretty good odds of finding a piece of homemade pecan pie.

In between the radio soundtrack and the clink of silverware, expect to hear a good deal of laughter. Part of the charm of a place such as this is that it attracts and maintains a coterie of regular patrons. Both Gawey and the waitstaff – some of whom have been here for decades, as well – easily build a convivial atmosphere. They regularly stop at this table or that to exchange a few words, from asking how the steak turned out to chatting about the weather and how the winds are blowing at the nearby Capitol to a cheerful, somewhat rambling comparison of birthdays and family sizes.

Perhaps the overall sense of people comfortably enjoying themselves is part of what keeps the wheels turning. After all, after four decades, Gawey isn’t ready to call it quits on running Jamil’s. “I love it,” he grins. “It’s like coming home every day.”