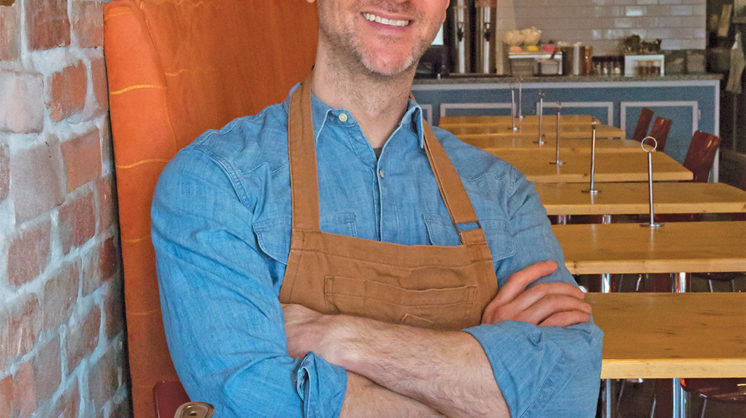 Visitors to Saturn Grill in Nichols Hills – and you should be one – understand the appeal of the fast-casual concept: simple, flavorful food made fresh from scratch every day. That philosophy was formed into owner/chef Joseph Royer from a very young age.

“Basic comfort foods tend to be a vein that runs through all of my cooking to this day,” Royer says. “That’s what we ate growing up: lots of home-cooked, scratch food.”

Royer is an Oklahoma City native, and the two culinary streams that shaped him were his mother’s preference for Southern cooking and his father’s Louisiana French influence. Those really are two disparate types of comfort food, but they are bound together by the hearty, rustic styles that generate filling, flavorful dishes. The blending of styles was always presented as two great choices, not a matter of which is better.

When he realized he wanted to be a chef, he took a job with Alain Buthion at La Baguette Bistro. From there, he went to The Coach House to complete his formal training in Chef Kurt Fleischfresser’s apprenticeship program.  Today he’s also executive chef at The Metro Wine Bar & Bistro.

Royer also knew he wanted to start his own concept, so while working in kitchens around Oklahoma City, he wrote business plans – seven, to be exact – and during that process, he refined the idea that led to Saturn Grill.

“I narrowed down different aspects of the restaurant business that are important but often don’t come into play when cooking or being creative,” he explains. “I needed to take off my chef hat and think about it strictly as a business.”

That process led him to decide on fast casual, which, while swift and efficient, is not exactly what comes to mind when you think of “executive chef.” Still, the model proved solid, and the food is “chef-driven,” because Royer oversees the menu. Find another sandwich shop that has vegan meatball with conchiglie on the menu or absolutely stellar falafel. Saturn Grill is unique because Royer brings his chef’s sense to the menu, but he refuses to be bound by traditional ideas of what goes together on a menu, just like his house growing up.

For his recipe, Royer chose a seasonal dish – he always cooks seasonally – that he describes as “simple and soulful.”

“I honestly don’t think anyone will have any trouble with it,” he says. “It’s a great example of how easy it can be to make great comfort food.” 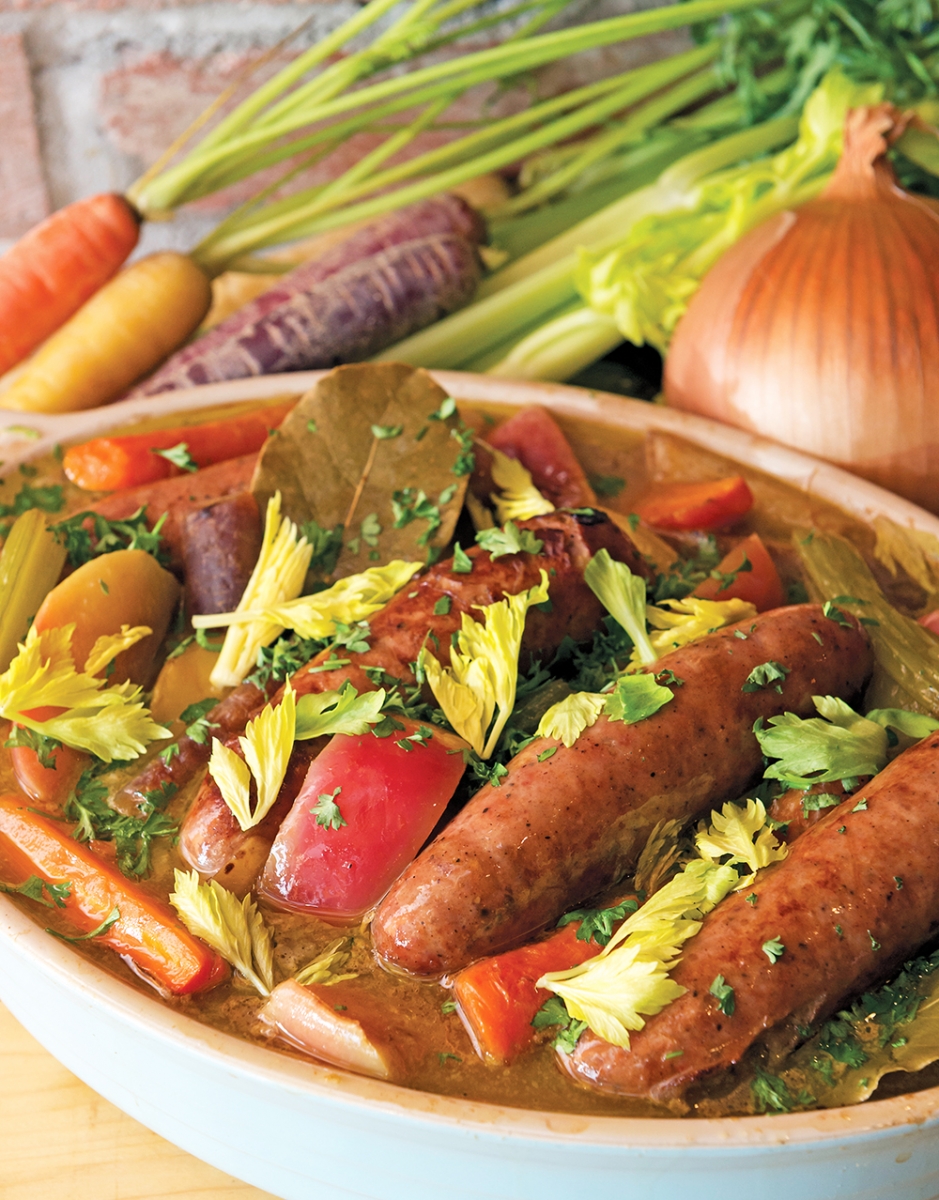 Place the chicken sausage in the bottom of a large, deep casserole dish.

Combine and evenly distribute the First Group of ingredients over the top.

Pour the Second Group over the top.

Cover with foil, and place in a pre-heated oven at 375 degrees for 1.5 hours.

In broad-bottomed bowls, place one sausage link in the center, equally divide the remaining ingredients and add to bowls.

Serve with hot, crusty artisan bread, such as ciabatta.