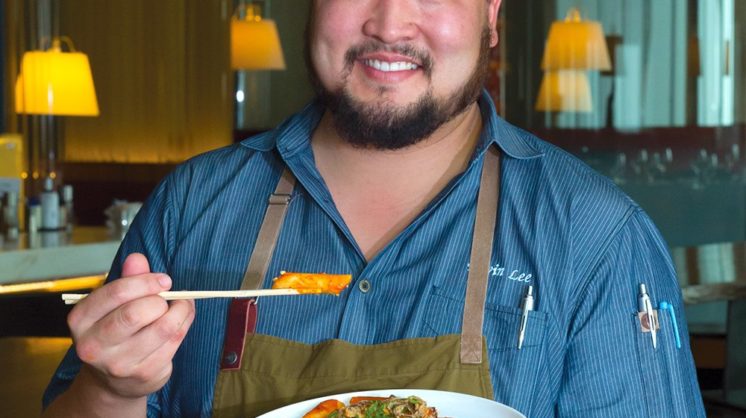 “In Korea, you can have everything delivered,” Lee says. “Full meals with the sides and everything. My dad got his Ph.D. in electrical engineering at OU, and while he was in school, he worked as a server at a Chinese restaurant. He used to go into the kitchen and learn to cook the dishes, and then he’d try them at home for us. He loved food. When we moved back to Korea, he opened the restaurant.”

It did fail, but Lee talks about it with a smile now. His parents’ love of food and cooking fueled his desire to work in the food industry. Growing up in Oklahoma, Connecticut, Seattle and Korea exposed him to a broad variety of foods, too. He said he can’t remember a time he didn’t want to cook.

“When I was 15 or 16, being a chef wasn’t as cool as it is today,” he says. “You couldn’t tell your friends, ‘Hey, I made this awesome dish last night,’ but the love was always there.”

His mother was a great cook, too, and she made traditional Korean food. Lee said the only American food made in his home was steak. His father loved steak, but his mother made Lee’s favorites: braised Korean short ribs and Gae Jang (spicy, fermented, raw crab meat). His love for Asian food didn’t stop with Korean or Chinese, though. In fact, his early professional success was in Japanese food.

“I was the executive chef at Mizuya at Mandalay Bay in Las Vegas,” Lee says. “That was the last gig I had before coming back to Oklahoma.”

The Norman native opened a burger joint that survived for a couple years, and during that time, he built relationships with local food industry professionals, most notably Chef Kurt Fleischfresser. When Burger Rush closed in 2012, he started Fleischfresser’s chef apprentice program at The Coach House, from which he graduated in 2014.

Lee said he grew up in a “very Korean” home, and the love for Korean food that his mother instilled in him drives his passion for Gogi Go.

“I think Chae has done a great job of introducing Oklahoma City to approachable Korean food,” he says, “and now I want to expand on that with more flavors and different techniques and dishes. We are doing fast casual and a limited menu to be more approachable. More than anything, I don’t want people to be uncomfortable at Gogi Go.”

The restaurant is scheduled to open sometime this winter, and Lee said he believes it will be January. In the meantime, he chose a traditional Korean dish for his recipe, and it’s one that he said is easy enough for people who aren’t familiar with Korean food to prepare at home. 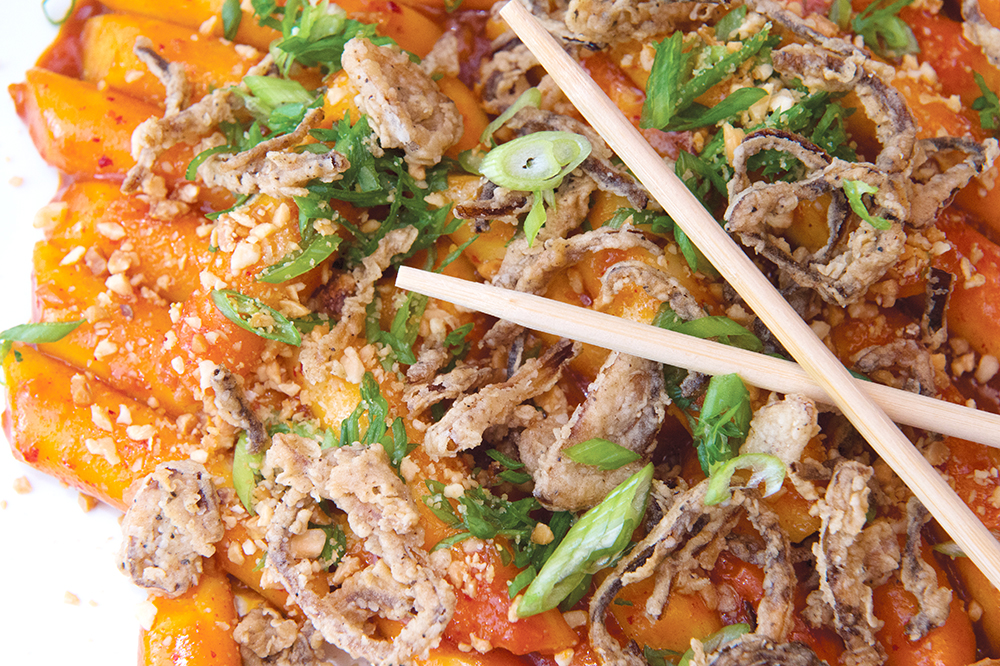 The recipe assumes you will have rice cakes on hand. Lee said the easiest thing to do is purchase them at Super Cao Nguyen grocery store, 2668 N Military Ave.

Sautee the green onions with olive oil on medium heat until translucent.

Once the sugar is melted, add the rest of the ingredients and reduce until sauce thickens.