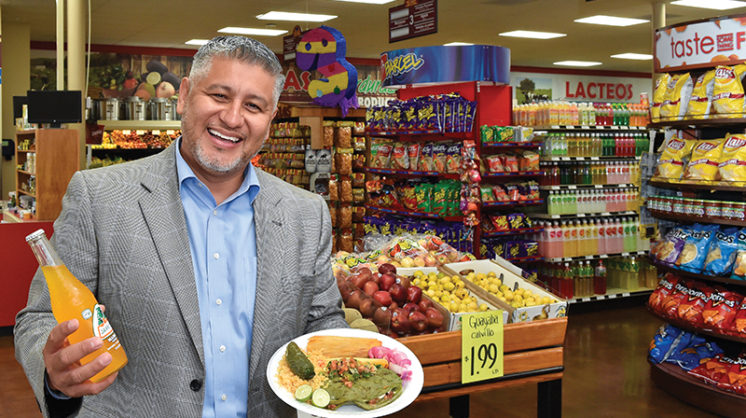 One of the best insights into a community’s unique flavor is found in the grocery store.

Whole Foods in Classen Curve is popular among a health-crazed and affluent audience in north Oklahoma City, Uptown Grocery in Edmond offers a large selection of prepared fare that caters to busy suburban soccer moms needing to pick up tonight’s dinner, and Native Roots Market in Deep Deuce is the type of small neighborhood grocer popular in apartment-dominated communities in dense urban centers.

At the Buy for Less Super Mercado near S Western and Grand, the southside’s Hispanic community is best seen in the grocery store’s aisle.

Near the entrance, a woman is slicing cactus leaves. The tops of shelves are lined with piñatas for birthday parties and balloons for quinceañeras. The beer section includes a life-size cutout of a player from the popular Mexican soccer team Chivas.

It’s not just grocery stores where the city’s growing Hispanic community is visible. A variety of restaurants, food trucks, retail stores and auto dealers sprinkle the south side, each representing the changing face of Oklahoma City.

“In 1991, when I came to Oklahoma City … I remember that maybe there were only about two authentic Mexican restaurants in town,” says Jorge Hernandez, a native of Mexico who grew up in Texas and moved to Oklahoma City to attend college. “There were no supermarkets where you could find any true Mexican products. There was definitely no [Spanish] presence on TV or the radio. It was a very small community then.” 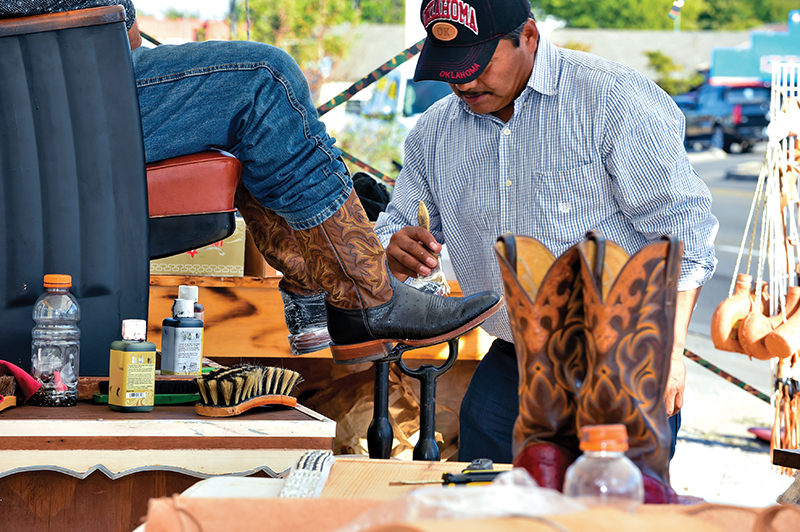 Since Hernandez first arrived in Oklahoma City, the city’s Hispanic population has more than doubled and now stands near 130,000, according to the latest U.S. Census figures. That’s an increase of almost 100 percent since 2000, putting OKC’s Hispanic population at just over 17 percent of the entire city.

Of Oklahoma City’s Hispanic residents, an estimated 40 percent are foreign born, according to data compiled by Pew Research. That’s a larger percentage of first-generation Americans than in cities such as San Antonio, Austin or Phoenix.

This type of growth can be seen in almost every American city, including those thousands of miles from the U.S.-Mexico border. But in Oklahoma City, which is 622 miles up Interstate 35 from the nearest Mexican city, a Latino community that has had roots in the area for many years has entered a new chapter of visibility.

With the Hispanic community’s growth comes an effort by local companies to reach this new market, an effort that is visible when flipping through the pages of local Spanish newspapers and magazines that feature ads for local law firms, department stores and car dealerships.

“A lot of people make the mistake of just hiring people who speak Spanish and think that solves everything,” says Hernandez, who founded Tango Public Relations 10 years ago to help local businesses reach the Hispanic community. “You can’t just add salsa to sushi and call it Mexican food. That’s just not going to work.”

One of Hernandez’s clients who has worked to forge a genuine connection is Energy FC, the 2-year-old, semi-pro soccer club that advertises in Spanish and has a regular presence at Hispanic public events, such as Fiestas de Las Americas.

“By having Spanish signage, having commercials in Spanish, by having Latino players that help connect with the community, that’s the way the Energy is connecting with the [Hispanic] community,” Hernandez says. 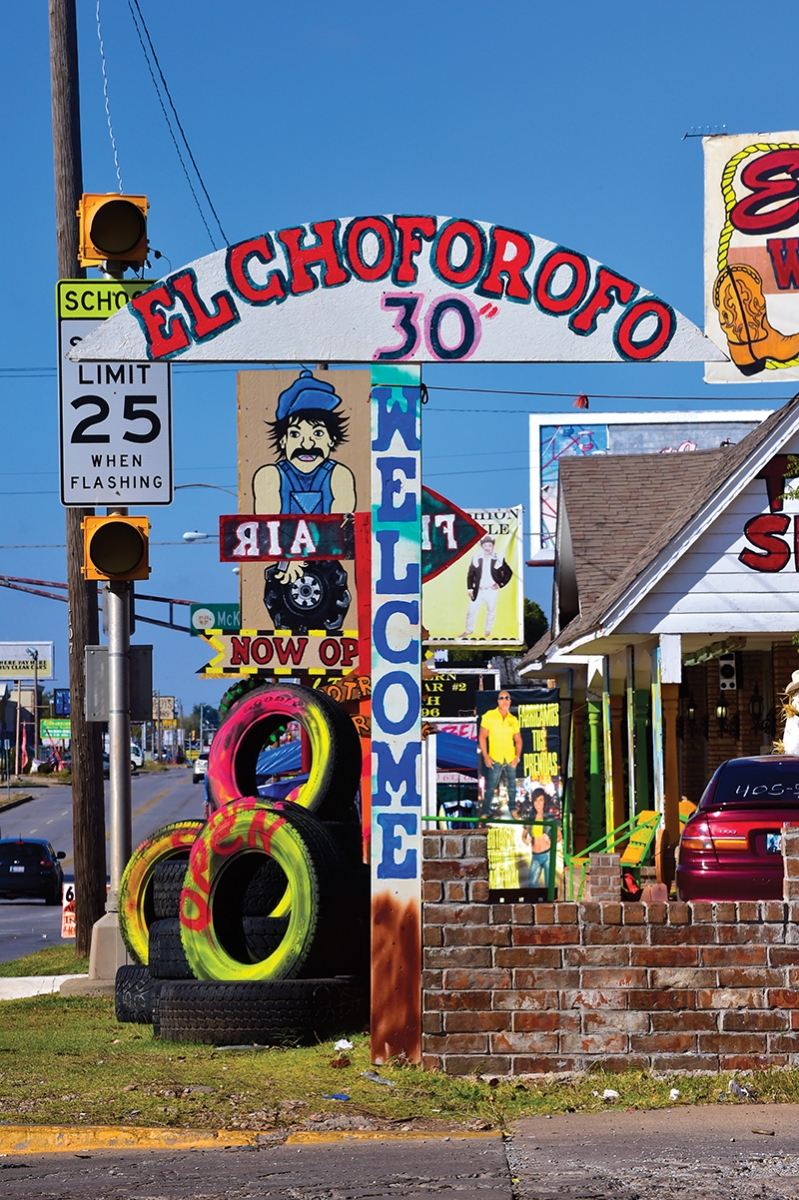 While Hernandez is focused on getting businesses in touch with potential Hispanic customers, Emma Kratochwill is trying to organize businesses along a stretch of SW 29th Street, many of which are young Hispanic-owned companies.

“Are we going to be the Hispanic corridor? The answer is not entirely,” says Kratochwill, the executive director of La 29, a business improvement district that is still working to officially launch.

“There are businesses that have been here for decades that have nothing to do with the Hispanic community. You ask a Hispanic person, and they will say this neighborhood has everything they need, including places to get ingredients for the recipes at home and a place to buy a piñata. But you ask other people who might say, ‘My grandpa used to shop there down on 25th,’ and it has nothing to do with the Hispanic community.’”

A STRONGER FUTURE TOGETHER

There are growing pains that come with any growth of a demographic, and it’s not just a reality in south Oklahoma City. There are pockets of Hispanic growth across the metro, and that is especially noticeable when looking at the changing demographics of Oklahoma City Public Schools, which has a student body that is 50 percent Hispanic.

Despite making up half the student body, there is only one Hispanic member of the school board. There is also a lack of political representation at the city and state level. 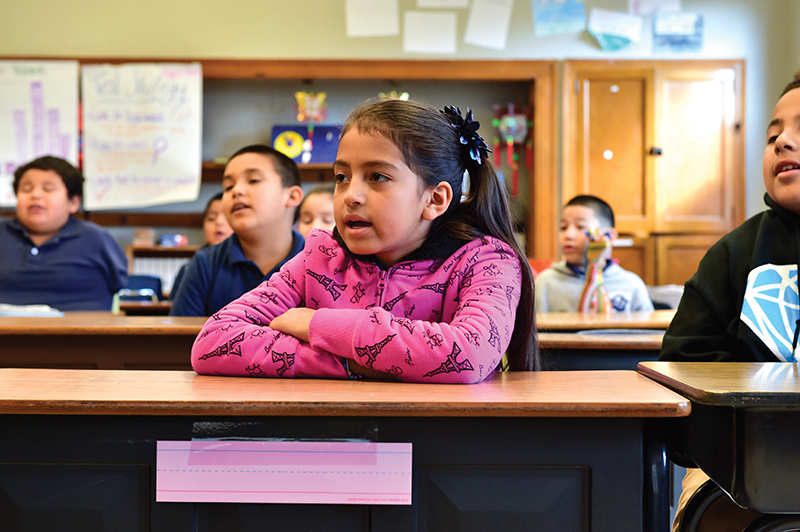 “The representation is something that still needs to be worked on,” says David Castillo, president of the city’s Hispanic Chamber. “But I think more Latino organizations are taking that on.”

One of the challenges when understanding the city’s growing Hispanic community is realizing it is a diverse group. Not only is there a mixture of first-generation Americans and those families who have been in OKC for generations, but not every person of Hispanic heritage is from Mexico.

“The majority of the people who are here have been here for many years,” Castillo says. “I’ve been in Oklahoma for over 50 years, I was born here.”

Castillo said the growth of the Hispanic community mostly comes from births in the United States, not migration from another country. Oklahoma City’s Hispanic population is largely from Mexico (84 percent), but there are also sizable populations from Guatemala and Puerto Rico.

When asked what attracts Hispanics to Oklahoma City, Hernandez said it’s the same things that attract all types of people to this growing city. 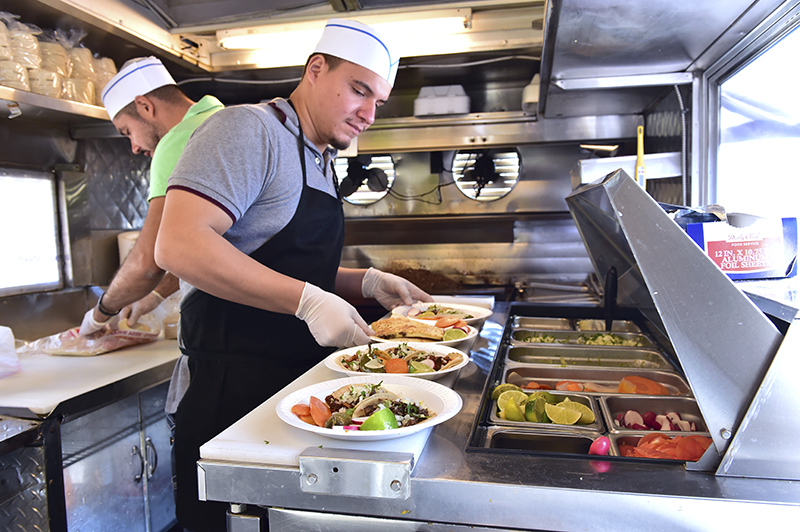 “But now, there is a larger Hispanic community here in Oklahoma City, so it’s even more attractive because people can come here and not completely lose their lifestyle or culture,” Hernandez says.

“It’s a great city for everybody, including the Hispanic community.”