Liberté and the Pursuit of Happiness - 405 Magazine 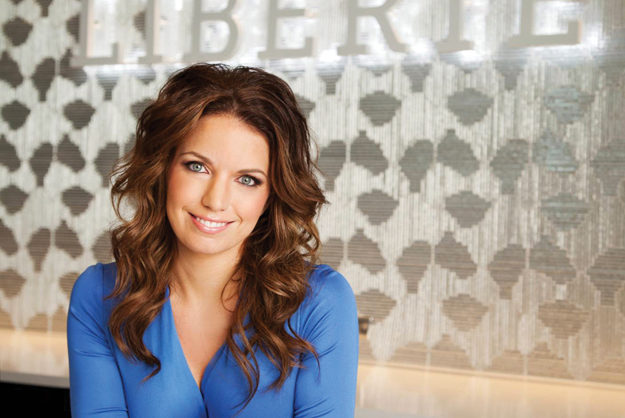 Photo by Shevaun Williams and Associates

Not content to hope her vision of fashion might find its way to her doorstep, Danielle Keogh took matters into her own hands. The chic result is Liberté, a boutique which represents the elegant manifestation of her aspiration to bring exclusive fashion to Oklahoma City women with an experiential approach.

It was Aristotle who told us, “Happiness depends upon ourselves.” Today, Danielle Keogh of Liberté reminds us of the reward for following our bliss.

When she was in her 20s and 30s, Keogh could satisfy her wardrobe demands at the mall. But as the Oklahoma native began traveling extensively around the world for her career, she gained a greater perspective on fashion. Her style was evolving and as it did, Keogh developed a tendency to purchase her clothing in other markets as she traveled on business.

During those years, Keogh had grown to appreciate several designers whose clothing lines couldn’t be found locally. Adding to her wardrobe frustration, Keogh believed that somewhere along the way, she had fallen through the “style cracks,” demographically and psychographically speaking, and that her wardrobe needs couldn’t be fully satisfied in her home state.

This experience ultimately led her to create Liberté, an exclusive 2,500-square-foot women’s boutique at Classen Curve. “My hope is that our clients will enjoy the experience of Liberté by feeling ‘removed from the day,’” Keogh says.

In her collaboration with architect Todd Edmonds of the Oklahoma City-based HSEarchitects and interior designer Anh Weber (also of HSEarchitects), Keogh contributed 100 percent to the store’s modern design, which took about a year to complete. An open and airy floor plan allows for the infusion of light from several angles, although the main light show emanates from a stunning centerpiece chandelier that contains more than 15,000 crystal beads.

White walls, a metallic, exposed ceiling, shimmering wall tile and other high-gloss details create an ethereal yet contemporary atmosphere, which becomes the backdrop to several neoclassical touches throughout the boutique. Opaque white glass encloses the oversized dressing rooms, each of which has received its own custom furnishings and lighting, as well as inscriptions in French on some of the walls.

The significance of the name Liberté originates from more than just Keogh’s French heritage. “I chose the name because there’s nothing more liberating than the feeling of confidence a woman has when she looks her best,” Keogh explains. “I don’t want women to have to ‘settle’ for their clothing options. I want them to feel empowered by the choices they make.”

Keogh also hopes to introduce the Oklahoma City market to several emerging designers whose work helped inspire her vision of Liberté’s offerings of business attire, weekend wear, cocktail dresses, formal wear and accessories. “Many of these designers are new to Oklahoma and we think women will be very excited to see these lines they didn’t even know existed until now,” Keogh says.

Some of these include Robin Brouillette and Karolina Zmarlak, both from New York City, who traveled to Oklahoma City for Liberté’s recent grand opening. Others are Rani Arabella, 100 Percent, Herve Leger, Temperley London, Lida Baday, Sportmax, Issa, Habitual Denim, Fidelity Denim and Notify Denim. In all, more than 25 designers are represented among Liberté’s inventory, hailing mostly from the U.S., Italy, England and, of course, France.

Liberté store manager Eden Turrentine believes the boutique’s offerings represent a return to a classic look for its target audience of career women predominantly in their 30s and 40s. “We’re excited about bringing a new level of shopping to Oklahoma City,” Turrentine says. “Since we opened our doors, our clients have confirmed our belief that women are starved for a sophisticated look. That’s a big part of what Liberté is about – creating a timeless closet.”

Liberté buyer and assistant store manager Katie Newton has already selected fall inventory, which will include new lines from the U.S. and Europe. Pre-fall fashions are beginning to come in now. In anticipation of planning the store’s inventory, Newton accompanied Keogh to make selections at market. In fact, Keogh’s insistence that apparel is comfortable, functional and well-fitting led her to try on each designer’s merchandise before she would consider ordering it for her clients. “Nothing about the clothing or this store was left to chance,” Newton explains.

As a woman with multiple careers, Keogh is sensitive to the time demands placed upon many women, so Liberté is open until 7pm, an hour later than most retail stores at Classen Curve. “It’s hard to get anywhere before 6pm if you work,” Keogh observes. “I wanted to keep the store open later so that women can stop by after work, relax and enjoy the experience.”