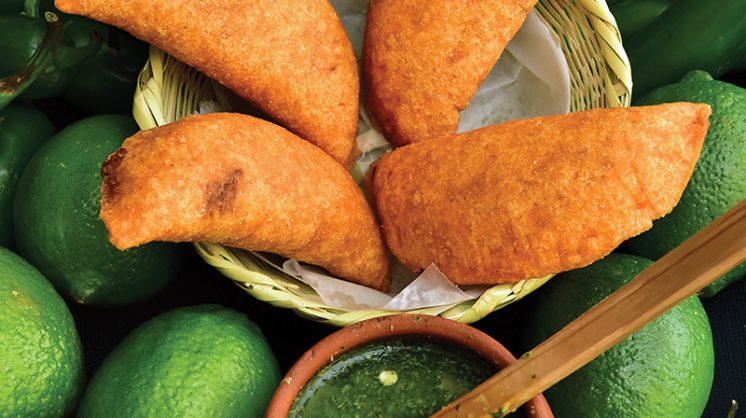 Condiment is perhaps the least sexy word in food. Thanks in large part to mass production, American condiments have become massively less appealing, especially when we talk about the sauces. Ketchup, anyone? Ranch dressing?

This “blanding” of American condiments – except for gravy, of course – is likely one of the chief reasons Latin American food has such resonance in our culinary lives now. Even the basic chips-and-salsa combination can be a meal unto itself. Latin American cultures still have condiments that go on the table at every meal, and the wide variety of spices and vegetables in them means there is a sauce for every occasion.

Chimichurri probably has the best name recognition, thanks in large part to its origin in the steak and potato culture of Argentina. It seems that where there is beef, there are also potatoes. Chimichurri is made from a base of chopped herbs, jalapeño (or other peppers), olive oil, red wine vinegar and garlic. Cilantro and parsley are its main herbs, and standard recipe deviations also call for chervil or oregano.

Mahogany Prime Steakhouse uses various preparations, depending on the food it’s accompanying – they also add a little cracked red pepper for extra heat. Brad Johnson, the executive chef for Hal Smith Restaurant Group, said they purée the sauce when it’s accompanying fish, but with meats, they use a more coarsely ground version.

“Most importantly, you want the best olive oil you can get,” Johnson says. “The oil is the carrier, so always go with the best EVOO. Also, make it a day ahead of time – at least. It tastes better after a day or two of refrigeration.” 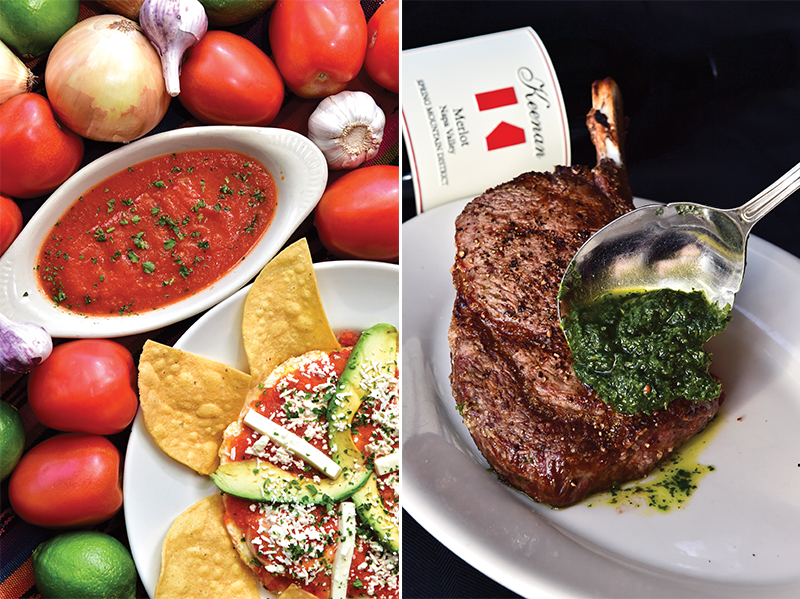 As chimichurri is to Argentina, so aji is to Colombia. This jalapeno-based salsa is considered a must with empanadas (Colombian ones are made with corn) but it sits on tables all over that country and is used liberally. El Fogon de Edgar serves traditional Colombian food, and diners are given a small bowl of aji with each empanada order, but truthfully, the fresh, semi-hot salsa is good on everything: rice, chicken, beef, bread and sausages.

The base is jalapeno, cilantro, tomatoes, vinegar and onion – and Edgar said he uses magic. As with any jalapeno-based salsa, the later in the season you make it, the hotter it’s going to be.

At Café Antigua you can find one of Guatemala’s official condiments: chirmol sauce. Although chirmol is most often used for grilled meats, Antigua also puts it on eggs at brunch, a combination that works beautifully. The base of chirmol is tomatoes, but it’s not going to remind you of a traditional tomato sauce. That may be because lime juice is one of the main ingredients, combined with garlic, onion, olive oil and optional jalapeño – fresh and delicious.

And the appetizing fact is that these caliente condiments are becoming more common around Oklahoma City. La Brasa and Café Kacao feature several Latin American sauces, and Kacao also uses creamy chimichurri on its flank steak entrée called Tipico Panchoy – and that’s after they marinate the steak in the non-creamy version. Amazing.

Here’s one more you’re less likely to find around town: Lizano is one of the most popular condiments in Costa Rica, but it has been slow to get traction in U.S. restaurants. For one thing, it’s far more complicated to make, with nearly twice the ingredients of the other sauces. Also, it is one of those polarizing flavors like licorice or liver – people love it or hate it. The smoky, sweet sauce is often made from dried guajillo peppers, but not always; some recipes merely call for onion, cauliflower and carrots. There is simply no standard recipe, but the Feria Latina on NW 23rd carries Lizano, allowing you to try it for yourself. Like its brethren from south of our border, it rewards the adventurous taste traveler.