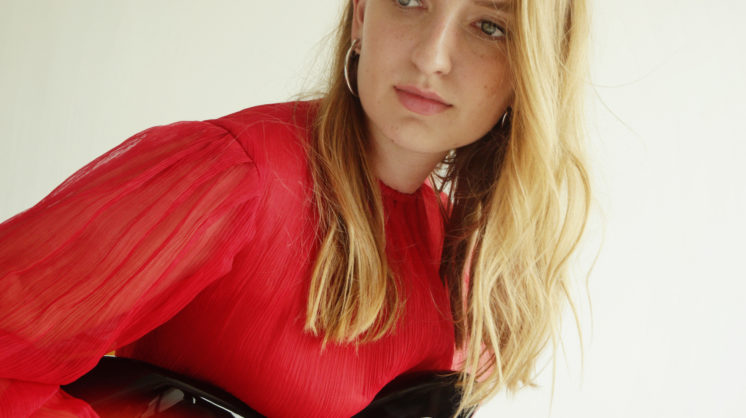 Before the Punch Brothers take the stage at Tower Theatre Saturday night, 21-year-old Madison Cunningham will open for the band. The Orange County native has been swept up into a musical maelstrom since MacArthur Fellow and mandolin genius Chris Thile asked her to be his duet partner on the NPR program “Live from Here."

When you ask Cunningham how it feels to be selected by one of the world’s greatest musicians, you can almost hear the residual disbelief from the moment her manager said something clipped from a feel-good movie script.

“I’m humbled,” she finally manages to say. “And to be on the road with the Punch Brothers … every single one of these guys is at the top of their field.”

Cunningham cited an urban legend that she started songwriting when she was 4 years old. “I deny that, of course,” she says. “That’s just how proud parents talk. I was probably 10.”

Growing up as the oldest of five sisters meant Cunningham was a diaper-changer, babysitter, errand-runner and whatever else her family needed her to be. The family was close, though, and all of them loved music. The girls sang together at the Calvary Chapel church where their father was the worship leader. Cunningham calls it a “joyful upbringing.”

Making a transition from church music to touring artist seemed the route for Cunningham, but her parents were cautious at first.

“They’ve always been supportive of the music, but they were worried about what a life as a struggling artist could mean for their daughter,” she says. “Legitimate worries, of course.”

The release of her EP “Love, Lose, Remember” in 2017, followed by the request to sing with Thile, helped convince her family that things “were aligning” in her favor. “They were able to see it was all falling into place at that point,” Cunningham says.

And fall into place it has. She has been mentored by Sara Watkins, who, like Thile, is an alum of the band Nickel Creek, and a gifted songwriter and fiddler in her own right. Rolling Stone Country named Cunningham one of “10 New Country Artists You Need To Know.” She signed a deal with label Verve Forecast, and her new album, which she just finished recording in El Paso with the well-respected Tyler Chester as producer, is due in 2019, with the release of a single “hopefully early in the year.”

Calling her a country artist is too limiting, however, as Cunningham doesn’t fit well into simple categories. Her songwriting is straightforward and honest, and the compositions are designed to highlight the lyrics, not muddy them up. Once upon a time, a critic said she sounded like a young Joni Mitchell, and while it’s true there is a quality to her vocal tone that is reminiscent of Mitchell, that’s an awful burden to place on a then 20-year-old singer-songwriter.

“I know it’s supposed to be a very uplifting compliment, but I can’t live up to that,” Cunningham says.

Her artistic method, including her songwriting, is crafted from her church upbringing, so she is a big proponent of doing something daily, much like the journaling she did as an adolescent and teen. In the kinder, gentler evangelical churches such as Calvary Chapel, journaling, like prayer, is a daily, spiritual practice – and practice became the method for Cunningham.

“I do something every day, whether it’s write or play; that’s been my mode for the past two years,” she says. “I believe you have to add hard work and commitment to natural talent.”

It would be nearly impossible to find a better role model for that idea than Chris Thile and the other musicians in Punch Brothers. OKC will be her 33rd show with the guys, and she’ll have 10 more after a short break. She’s learning and growing, even as she still sounds a bit mystified that this set of happy circumstances has found her.

The Tower Theatre show is Saturday, Sept. 15. Doors open at 7 p.m. and Cunningham opens the show at 8 p.m..