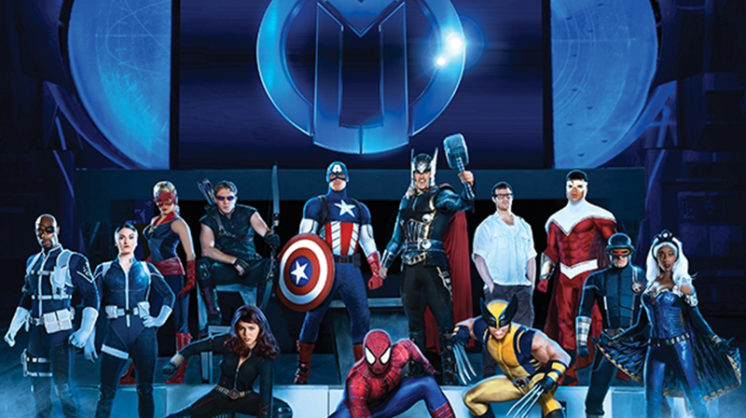 At The End Of “Captain America: The Winter Soldier,” Baron Von Strucker Muses That “This Is The Age Of Miracles.”

From a fan’s perspective, he’s absolutely right – that movie and the other blockbusters like it are part of an unprecedented level of success at bringing the characters who have populated the Marvel Comics universe for decades from the page to the screen, and Oklahoma City is in line for a minor miracle of its own, as those characters are about to leap from screen to life.

Feld Entertainment proudly presents “Marvel Universe LIVE!”, an immense “high-caliber arena spectacular” production depicting an epic showdown of good against evil, unfolding before audiences’ eyes right here in OKC. To thwart Loki’s plans for galactic domination, Earth’s Mightiest Heroes – Captain America, Thor, Iron Man, Black Widow, Falcon and more including Wolverine and Spider-Man – will be forced to overcome a grim gantlet of their most fiendish foes: Green Goblin, Red Skull, Electro, Madame Hydra, Doc Ock … at this rate, you shouldn’t necessarily rule out an appearance from M.O.D.O.K. or Fin Fang Foom. (That probably won’t happen. But it would be incredible.) And this is not merely a bunch of guys in homemade costumes doing a staged reading and asking you to imagine the action – the stunt work, aerial acrobatics, pyrotechnic effects and adrenaline-pumping action are reputedly pretty intense.

Marvel’s Chief Creative Officer Joe Quesada raves, “The technology utilized in the show is not only going to blow your mind, it is going to take you to a whole new Marvel world like nothing fans have ever seen before. What Feld Entertainment has done is going to astonish and amaze.” Event producer and CEO Kenneth Feld calls it the most ambitious undertaking in his company’s more than 40-year history; “It’s the kind of show you always strive to produce, but with so many advances in technology, only now can you truly deliver it to fans.”

If an up-close seat for an in-person world-saving superhero event sounds too tempting to miss, make yours Marvel … Live.