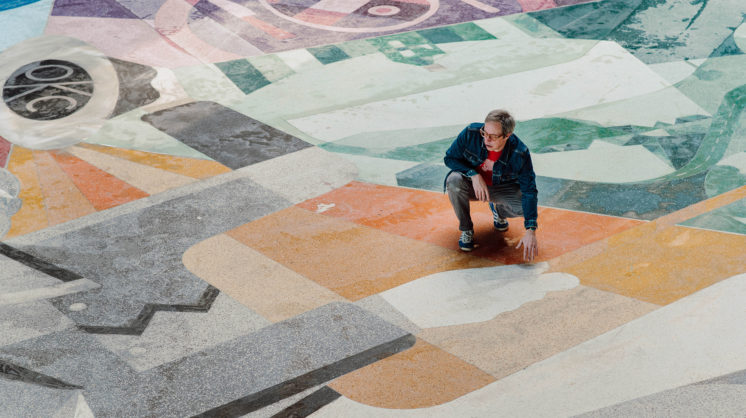 Matt Goad discovered Picasso, Stuart Davis and Roy Lichtenstein in his family’s World Book Encyclopedia. They were early inspirations for a kid who has always loved to draw, and he was fortunate to have a family who encouraged his love for art. While he says he’s “still not sure (he’s) making a go” of being a professional artist, the local graphic designer scored a huge project in 2019 when he was selected to create the public art project for the Will Rogers World Airport Terminal Expansion Project.

His “geometric, hard edge, colorful, modern” style has worked well in his graphic design career, and they are obvious in the airport project, too. His style is familiar enough in central Oklahoma now that people often recognize his work before they see his name associated with it.

Goad works with big blocks of color, and while they might seem geometric, the shapes aren’t uniform, nor even identifiable as a standard artistic shape (e.g., cone, sphere, cube, pyramid). They do, however, have a sense of unity and coherence once in the composition.