Megan Mullally: Back to TV - 405 Magazine 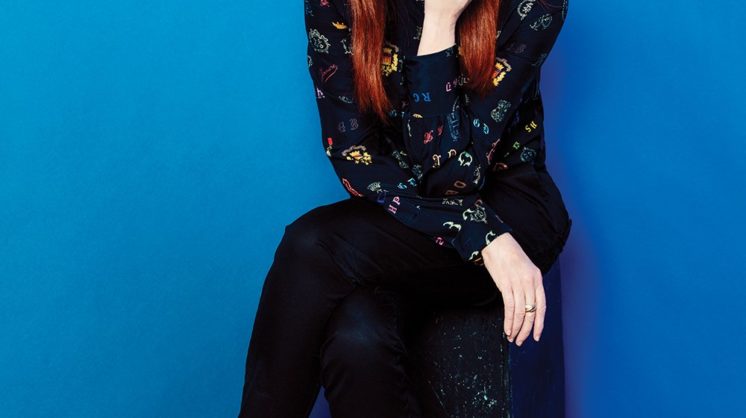 Megan Mullally had a charmed life growing up on a quiet street in Nichols Hills. She was educated at the tony Casady School, performed with the OKC Ballet and was a favorite on the Lyric Theatre stage. But she also was a typical all-American girl, hanging out with her friends eating burgers at Charcoal Oven.

“I was so sad when they demolished Charcoal Oven last year,” Mullally said recently in a phone interview from the set of the new “Will & Grace” revival. “In junior high and high school, my friends and I went there all the time. Being in ballet and Lyric, I tried to have a balance, but I did miss a lot of school activities – like dances and things – because I had a performance or something. Between Casady, which was a very strict world, and being in the Oklahoma City Ballet, which was also very strict and extremely disciplined, I feel that’s what gave me the work ethic I have now.”

Today, Mullally lives on the West Coast with her husband, actor Nick Offerman. She returns to television this fall on NBC’s revival of the long-running sitcom “Will & Grace.” The groundbreaking show originally ran on the network from 1998 to 2006, and earned Mullally two Emmy Awards for her role as boozy-but-loveable socialite Karen Walker.

But coming of age in Oklahoma City still holds a special place in her memories. “I loved growing up in Oklahoma City,” she says. “It was still in the day when you could run up and down the street, ride your bike and jump on your friend’s trampoline. There were a lot of kids on the block near our house. We just had a lot of fun, sneaking onto the golf course after hours, doing things you’re not supposed to do but were so much fun to do. It was a great childhood, and a great place to grow up.”

Mullally regularly returns to OKC, checking up on her 95-year-old mother who still lives in the same Nichols Hills home.

“I love coming home,” Mullally says. “I have some great friends I’ve known since first grade, and Nick has come to love them – and he loves Oklahoma City, as well. Usually, we stay with my friend Rhonda when we come home. I typically don’t stay at mom’s house because she has 24-hour care in her home and there’s a lot going on; so it’s just easier that way.”

While Charcoal Oven may be gone, Mullally said she also has fond memories of other places from her childhood.

“Penn Square was a really big deal then,” she recalls. “I guess it still is. But I remember when 50 Penn Place opened in the ’70s, it was amazing. People just could not believe it. We thought it was the swankiest thing in the universe! I also remember Shepherd Mall, and Quail Creek. I remember when that was still just dirt, and my mom dropping my friends and me off to go see a movie. I also remember the state fairgrounds; my ballet company was originally located at the fairgrounds for the first couple of years. I still think Oklahoma City is one of the easiest cities to get around in. I can hop in the car at Rhonda’s and be over at mom’s in just a few minutes.”

While Mullally has been away from the chores of a regular weekly TV series, her career has taken her to new heights. She starred in her own talk show, partnered with Offerman for a successful comedy tour called “Summer of 69,” and showed off her musical chops with actress Stephanie Hunt as part of the effervescent “Nancy and Beth.” Just a few months ago she hit the big screen, starring with Bryan Cranston and James Franco in the hit movie Why Him?

Now it’s her return to her famous role on “Will & Grace” that has her fans worked into a frenzy. Last fall, Mullally reunited with her former co-stars for a short election-themed video urging everyone to get out and vote. That clip, set in Will and Grace’s original New York City apartment, drew millions of viewers on YouTube. 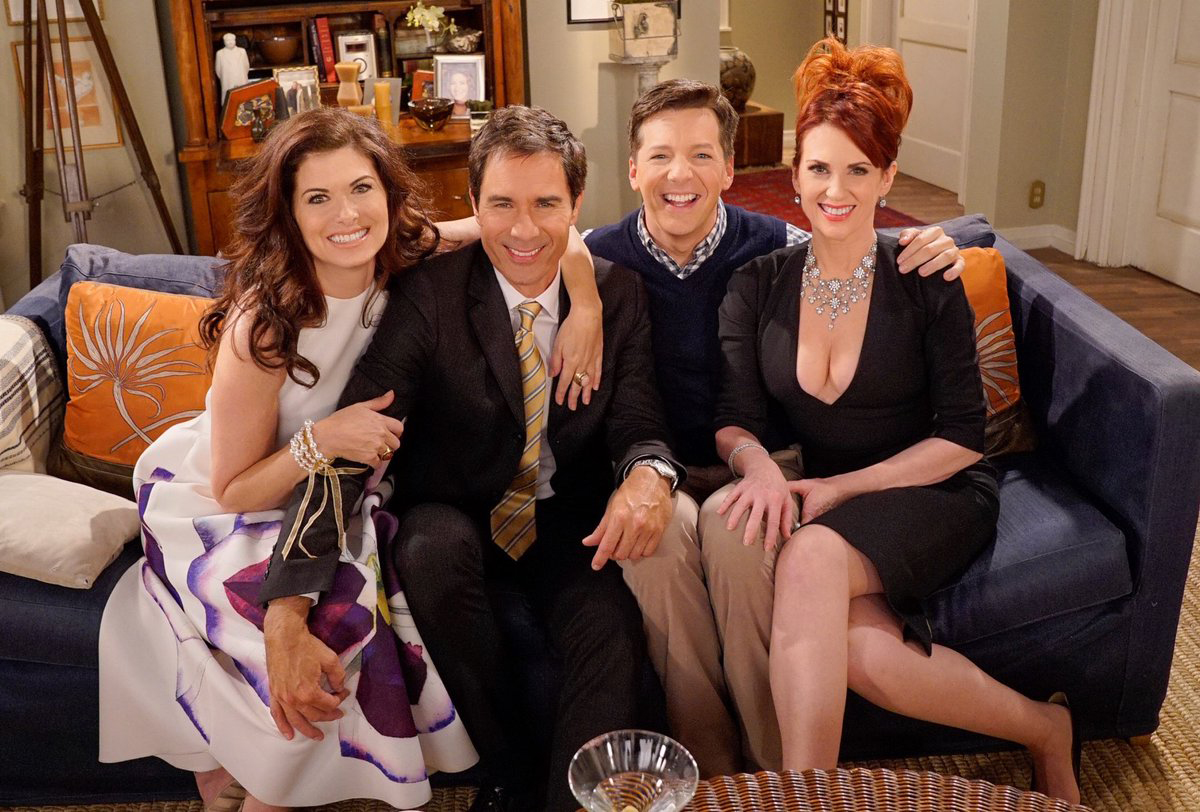 “We were all blown away by that,” Mullally says. “I called the producer and said, ‘Why can’t we do the show again?’ He said, ‘We can.’ And that’s how this all sort of came about. Through the years, I never talked much about ‘Will & Grace.’ I mean, why would I? It had been off the air for years. Occasionally, someone would tell me how much they loved that show, but none of us ever dreamed we would be doing it again. This is really unprecedented for a show to come back after so many years.”

Not only are the original cast members all returning, Mullally said that they also have the same writers, producers and directors – even the same hair, makeup and wardrobe people.

“The weird thing about this is that it just seems like we went on hiatus for a couple of weeks,” she says. “It’s like everybody’s home again, it’s just really, really cool. I think we are all happy to be working in comedy right now, because the country needs something light, something entertaining, just a respite from what’s going on politically these days.”

“Will & Grace” was an instant hit when it debuted in September 1998. It was the first time a primetime show had featured a gay character as a main lead.

“None of us ever expected this show to have an impact on people’s attitudes or levels of tolerance about LGBTQ issues,” Mullally muses. “At the beginning, we were all kind of dumbfounded they were letting us do a show in which two of the four characters are gay. Then we started getting letters from people saying things like, ‘You helped me come out to my family.’ We were all thrilled, and would bring the letters in and read them, and that made us feel good.”

It wasn’t until long after the series ended that Mullally says she and her co-stars fully realized the impact their show had made.

“When Vice President Joe Biden mentioned ‘Will & Grace’ in a speech, and how he felt the show had helped change people’s attitudes and moved the country toward gay marriage, we all called each other and went, ‘What?’ That just blew our minds. The vice president just mentioned our show! I think that made us finally realize we had made an impact on this world.”

The response to the show’s revival has been overwhelming, Mullally said, including from her friends and family in Oklahoma.

“It’s hard to believe this is actually happening,” she laughs. “People at home are telling me how glad they are to see the show coming back. I’m so happy to be doing it. And when I think of home, I’m just very thankful for my Oklahoma City upbringing. I believe Oklahoma City breeds a lot of really nice people. There’s a sense of kindness there. I’ve experienced so much generosity and neighborliness and thoughtfulness, especially where mom is concerned – with friends and neighbors stopping by to see her and keep her company. We just don’t have that Oklahoma City feeling in L.A. I know everyone at home is rooting me on. Oklahoma City has always stood by me, and I’ll always stand by Oklahoma!”