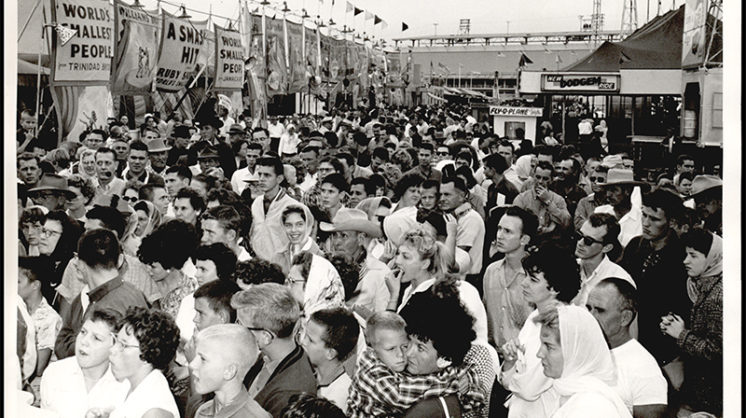 There’s nothing quite like the experience of going to the fair. Whether it’s the scent of simmering corndogs, the thrill of the rides or the rip-snortin’ rodeo, the fair has a way of bringing out the kid in everyone.

The beginning of the Oklahoma State Fair traditionally signifies the end of summer and the arrival of fall. It’s been that way for more than 100 years, with the first State Fair of Oklahoma held in October 1907 – a full month before statehood.

“The original site was a 160-acre tract of school land on the east side of the city at NE 10th and Martin Luther King on what is today Douglass High School,” says Scott Munz, VP of marketing and public relations for the Oklahoma State Fair. “It moved to its current 435-acre location in 1954 and enjoyed a nine-day run in September of that year.”

During the war years in the ’40s, Munz said widespread opinion was that all fairs should be cancelled so the nation could more effectively prepare for war.

“The existing manager and other fair directors quickly replied that fairs could help, not hinder, preparedness by galvanizing and focusing public support,” he says. “The biggest attraction at the 1944 State Fair was a battle-scarred B-17, one of the Flying Fortresses that had flown 118 missions in the South Pacific.”

When the fair moved to its current location in 1954, the carnival rides were minimal and very simplistic, Munz said. The midway offered barkers and teasers of the “Big Show Inside.” Rodeos at that time were held outdoors in the old grandstand.

The arena was built in 1965, and was the site of many popular concerts. Elvis Presley performed there, and so did other acts as diverse as Sonny & Cher and Led Zeppelin. 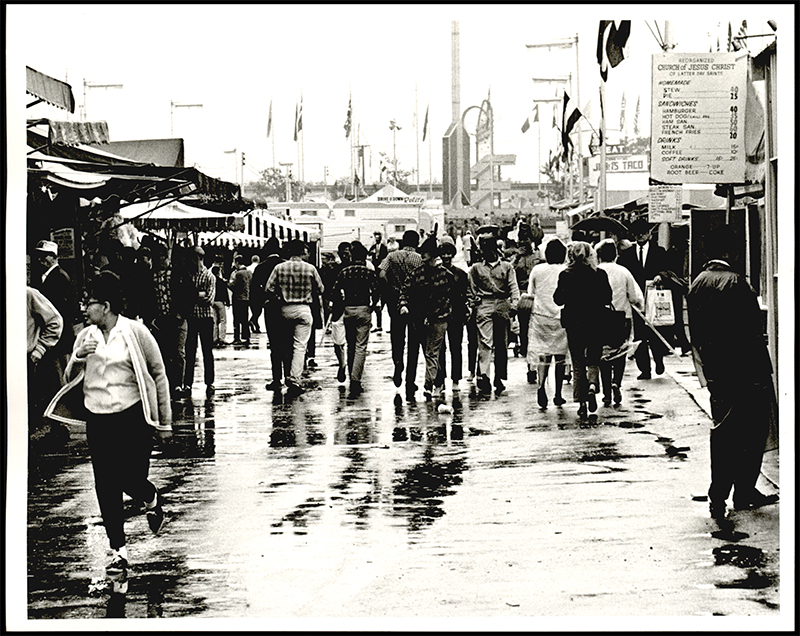 “The grounds acts we offer have experienced an evolution since the ’50s and ’60s, and my personal favorite for advancement is on the musical side,” Munz continues. “When I started in 1988, we pulled the entertainer at the rodeo out into the arena with a tractor and a flatbed trailer. Now, in the Jim Norick Arena at the XTreme Bulls, we fly the stage in from the rafters and offer first-class production, sound and lights – much to the delight of both the artist and the audience.”

Back in the day, going to the fair was a dress-up occasion: Men often wore suits and ties, and women dresses and heels. As times changed, so did the attire. Today it’s common to see shorts, tank tops and flip flops, but the fair organization prohibits “suggestive or excessively revealing clothing,” trying to stay as family-friendly as possible.

Some longtime fair favorites are gone, such as the Monorail. Even the Space Needle, which was built in 1968, is no longer operational due to extensive electrical damage caused by a flash flood in 2010.

“We try our hardest to maintain traditional aspects, while also factoring in new things each year to keep the presentation fresh,” Munz says. “To those who miss certain things and those old days, I say come grow with us by creating new adventures and new memories, to be enjoyed by the next generation and those to come. I have always maintained the Oklahoma State Fair has something for everybody. So come on out and make new memories that will last a lifetime.”

The 2016 Oklahoma State Fair will be held Sept. 15-25. For more information, visit okstatefair.com.