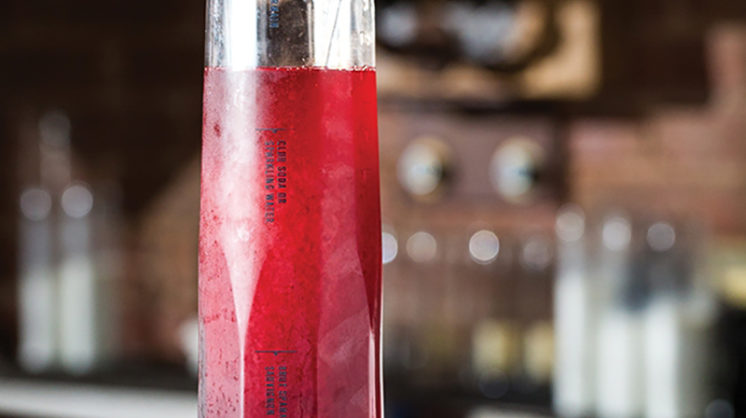 If you spend any time at all in bars where cocktails are as much art as recipe, you will have seen the little oak barrels on shelves and back-bars.

The barrels, typically made of American oak, hold premixed cocktails that are aging to allow the components to better blend. The oak-aged cocktail trend is not new, but now it is only one way bars and restaurants are speeding up the process of getting cocktails – and other drinks – to customers.

Popping up all around the metro are cocktails on tap. Wine on tap finally made it to Oklahoma a few years ago, and now keg cocktails are surpassing wine in the number of locations on tap.

Jarrod Holley, who owns WSKY Lounge and Slaughter’s Hall, both in Deep Deuce, said the cocktails in kegs trend is largely an issue of convenience. At both his concepts, the barrel aging is combined with the kegs. 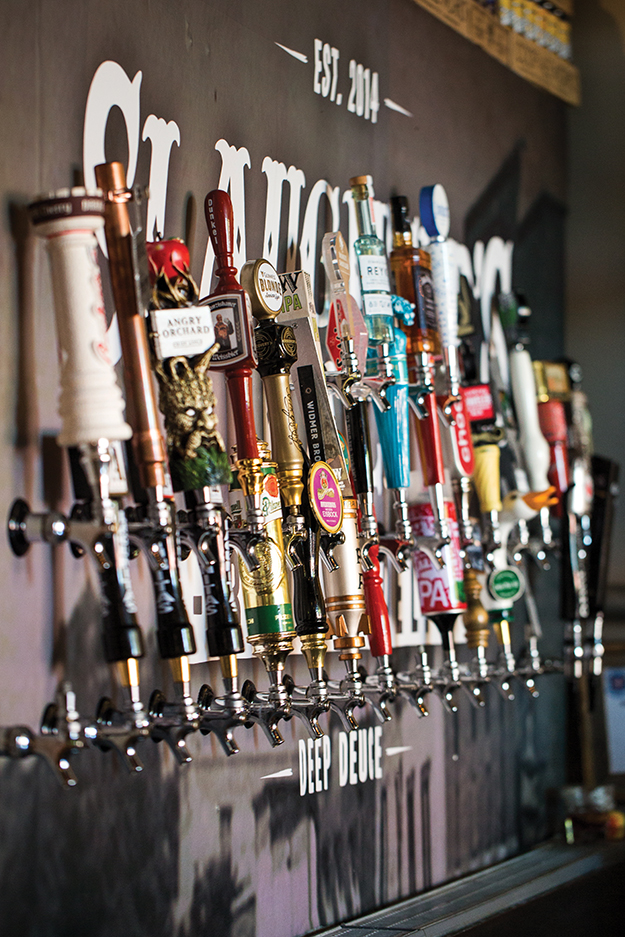 “If you let a cocktail age too long in oak, the flavor changes dramatically,” Holley said. “We age them for what we think is the perfect amount of time, and then move them into the steel kegs to stop the aging process.”

Slaughter’s Hall has four cocktails on tap: Margarita, Jack Daniels and Coke, Moscow Mule and Scotch and soda. WSKY has three, all of which were barrel-aged. To speed up delivery of one of their more popular spirits, Holley has put Jameson Irish Whiskey in a keg, too. They sell it alongside a Rolling Rock, and the beer and a shot combination is very popular at WSKY. 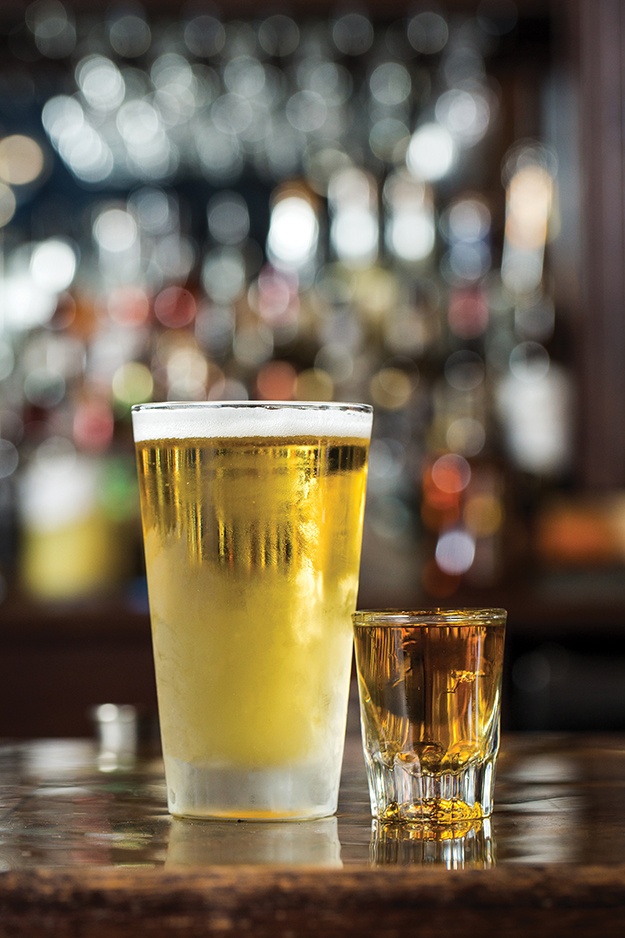 There is a potential downside to barrel aging cocktails, especially those that rely on fruit juices. Jason Ewald is the beverage director for A Good Egg Dining Group, so he has responsibility for cocktail lists at Red Primesteak, Cheever’s Café and Kitchen 324. They have thus far avoided the cocktails on tap, but are using oak for their Manhattan, which they allow to rest on oak chips.

“The problem with oak aging, especially for cocktails that involve fresh juice, is that the drink will lose some of its vitality – the lively acidity – you expect from a drink with fresh juice,” Ewald said.

One way to combat that is to use peel or zest to enliven the drink before it is served. “I think it’s odd that the trend in barrel aging showed at the same time as the trend toward fresh juice in cocktails,” Ewald said. “The two don’t always work well together.” 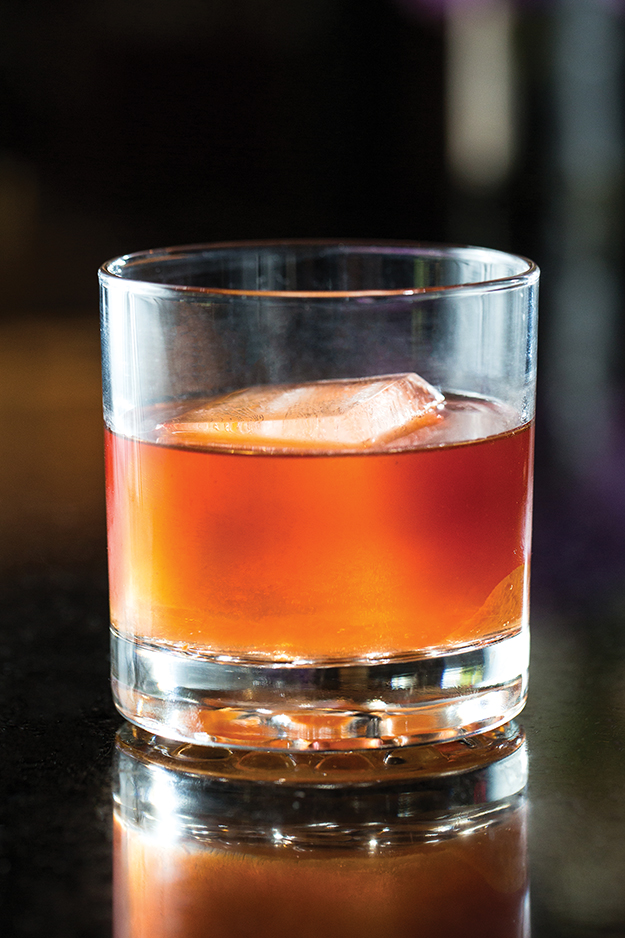 Oak aging aside, convenience is the real reason many bars are going with premade cocktails. For Ludivine, the realization happened during an H&8th Night Market last year. Former general manager Eric Corff said they had customers standing four-deep at the bar, and they were ordering Moscow Mules at a much faster rate than any other cocktail.

“Those special sales events like H&8th or brunch are good times to work with the batched cocktails,” Ewald said.

Cheever’s serves a brunch punch during Saturday and Sunday brunch, so they batch it ahead of time to keep up with the demand – 25 to 30 punches per shift. Packard’s New American Kitchen added a Moscow Mule to their taps late last year in response to high demand, and Ludivine did the same thing with their Moscow Mules for H&8th. At Ludivine, the batching worked so well that the bartenders now make a punch every week. 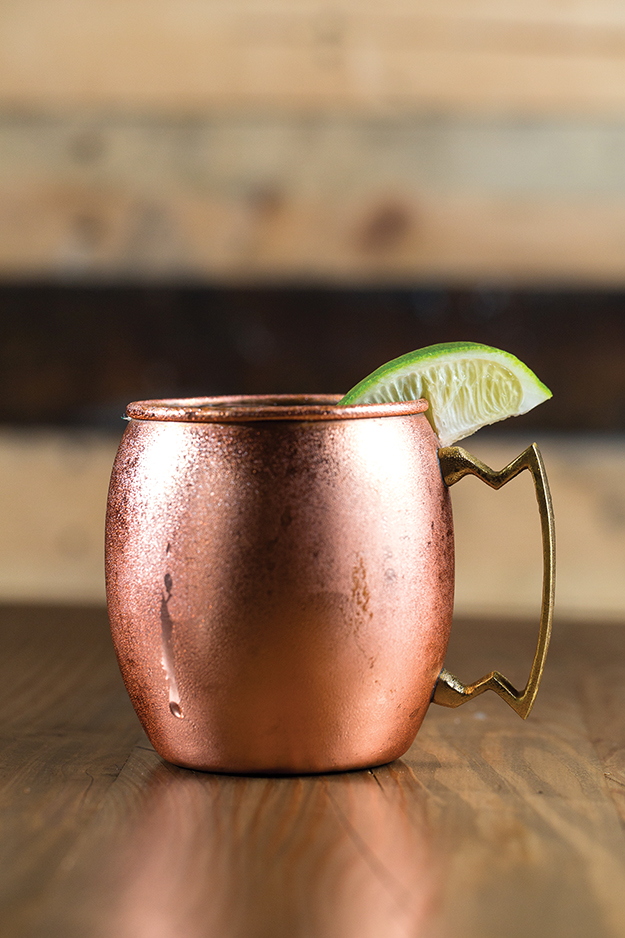 “We usually make a fresh one on Monday,” Chris Barrett, a bartender at Ludivine said. “We sell it by the glass or in a larger format for the whole table, and when it runs out, we make another batch.”

While cocktail aficionados may notice a difference with the barrel-aged cocktails from the more traditional one-at-a-time approach, the differences are very slight, and the benefits likely outweigh the possible problems.

“The benefit is not just speed of service,” Ewald said. “The oak allows the components to marry and have more integration. It’s a smoother cocktail.”