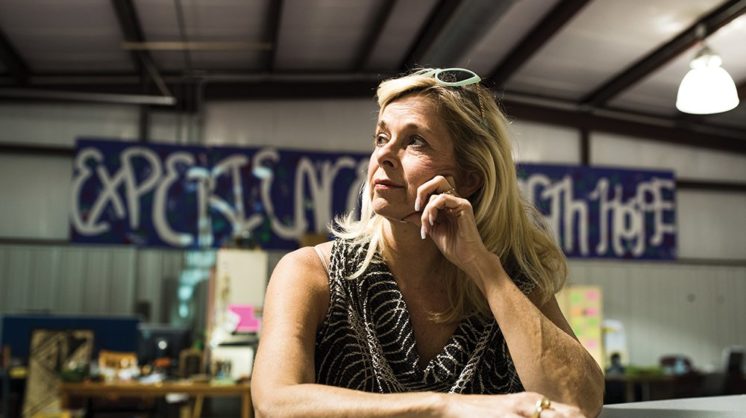 As with our story on opiate addiction (“Human Costs,” May 2017), when telling the story of teen addiction and alcoholism, it is tempting to start with numbers, but numbers don’t suffer – individuals and families do. Numbers don’t die of overdose or take their own lives, and they don’t leave behind grieving parents and siblings. And the hardest truth that parents learn is that no matter how much or well you love your children, it isn’t always enough to save them from themselves.

Spencer Mellow started drinking when he was 13 years old. Patti Mellow, his mother, said that for a very long time, the family could not tell whether he was sober or drunk.

“He was such a great actor,” she says. “When he was in ninth grade, he went to nationals for acting, and he was eventually offered full scholarship by the American Musical and Dramatic Academy.”

The acting masked his drinking, but it also hid something true about Spencer, and it was true until he took his own life in 2015.

“From the day he was born, he was never comfortable in his own skin,” Mellow says. “Those are his words.”

The Mellows adopted Spencer after Patti and her husband Mark – a now-retired gastroenterologist – tried unsuccessfully to get pregnant for eight years. They arranged a private adoption, and Patti would not learn the full scope of Spencer’s family history until much later.

Spencer came from a family of addicts, and the Mellow family had no history of addiction, no alcoholism, no mental health issues, none of the afflictions that would beset their son.

“We thought if you love someone, take them to church, give them a good life, that they’d be OK,” she says. “And some are, but not Spencer.”

When the family learned the scope of his addiction, they sought help. In fact, Spencer went to rehab after high school. Patti calls it “a Band-Aid on a gushing wound.” Still, he had sober phases, and the post-high school Spencer took sobriety seriously. He spoke at Al-Anon, and was there able to explain to the families of other addicts that their kids needed support, not anger.

Here’s where numbers may start to help clarify the issue. Spencer was adopted by a great family: doctor father, private school upbringing, Heritage Hills home, most of the comforts and benefits any kid could want. None of those things insulate people from the reality of addiction, though. For every Spencer, there are hundreds of other teens who don’t have the resources or support that the Mellow family could provide. 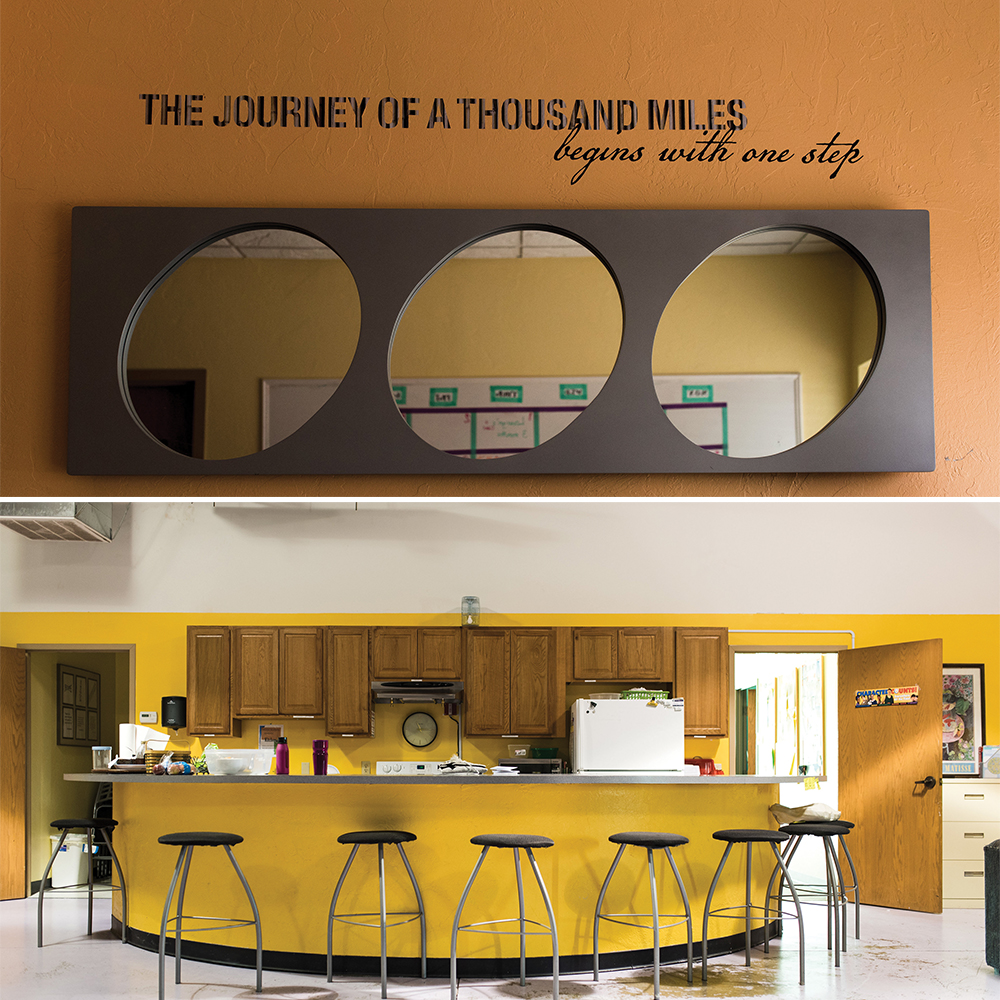 The Centers for Disease Control reports that 11 percent of all alcohol consumed in the U.S. is consumed by young people between the ages of 11 and 20 – in other words, people who are too young to buy or drink alcohol legally. Annually, 4,300 young people die as a direct or indirect result of alcohol usage, according to the CDC. Those numbers are higher than anyone would like, but the means to reduce usage seems to elude us as parents and as a culture.

Spencer was too old to take advantage of Mission Academy High School, the state’s only accredited recovery high school. It started as a program of Teen Recovery Solutions in 2007, two years after he graduated. However, Patti Mellow was on the board, and she chaired the first fundraising gala.

“The school called me and asked me to be involved, and of course I was all for it,” Mellow says. “I remember the first graduation. The kids stood on stage and cried.”

Andrew Rice, a former state senator, is now the principal of Mission Academy, a job he took when he wasn’t even looking for a job. Rice went through his own rehab period when he was 20. He’s been sober since, and the school asked him to take the reins when his predecessor retired. He saw the job as a chance to help kids who were like him when he was their age.

“I went to boarding school in Virginia,” says Rice. “We didn’t have a recovery school then, and fortunately, the school was structured enough that I was able to succeed. I went to rehab after high school.”

Rice said Mission Academy works best after a period of inpatient rehab, sort of as ongoing or follow-up care.

“One of the weaknesses of inpatient rehab is that you can’t just send teenagers back to PC North or Edmond Santa Fe,” he says. “There is no support for them there. The schools don’t have the resources or the facilities for ongoing care.” 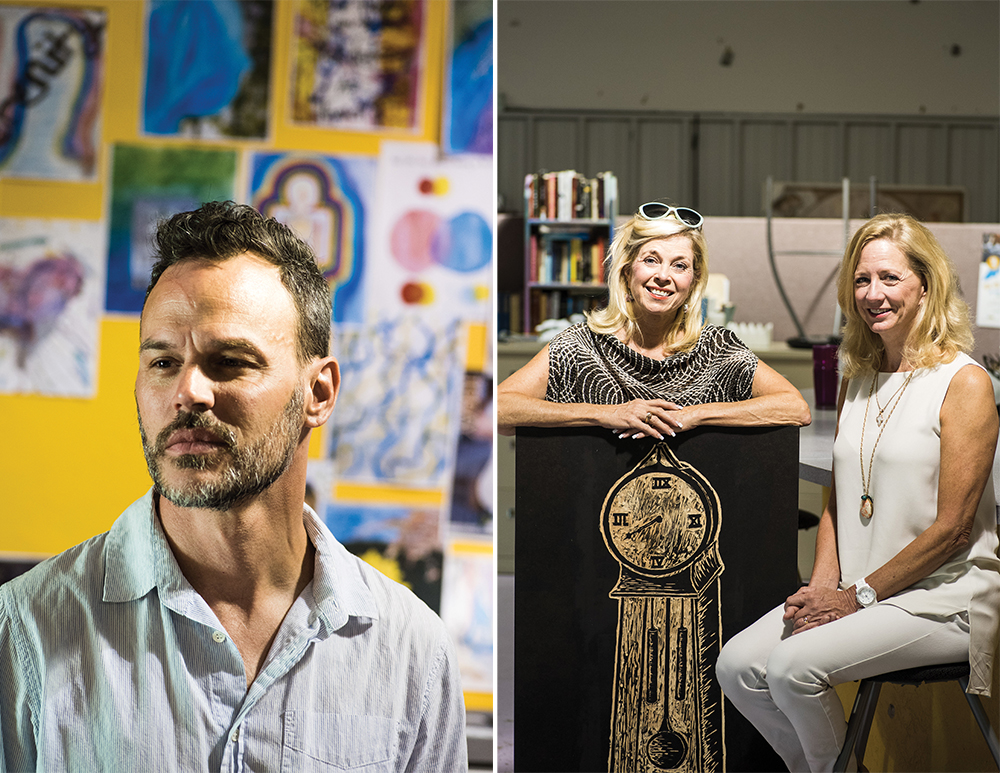 Students at the school, usually fewer than 20 at a time, participate in flexible academic schedules – mainly online coursework – as well as group and individual counseling, peer activities and social activities. The ability to work with counselors, teachers, coaches and peers helps them avoid what people in the addiction cycle call the lost years.

Battling addiction can be a comprehensive task; it takes up all your resources and energy. School, work and family connections tend to suffer. Patti Mellow remembers Spencer lamenting his lost years while watching his peers graduate law school or med school while he still struggled to complete a degree and stay sober.

Like most addicts, Spencer had a hard time keeping a job. He went to four different colleges. He struggled in relationships, and all the time, the family was trying to find ways to help him. He was an adult when the voices started. When he was 26, he was diagnosed with bipolar disorder and psychosis. He was painfully aware of his effect on the family, but he seemed powerless to overcome his addictions.

During this phase, he developed as an artist, and was selling work to friends and family. Joy Reed Belt even arranged an art show for him in The Paseo District. Patti remembers the toll it took on him.

“He showed up drunk,” she says. “The pressure of expectations got to him, so he drank until he was senseless. That was a pattern for him. He would get some success, and then throw it away.”

Mission Academy combines education with counseling, and not just addiction services. If there are discipline issues, they are diverted to behavioral health specialists. Rice said that incentives tend to work better than negative consequences with young addicts. As with Spencer, the cycle of addiction can be incredibly self-destructive, and adding to the destructive cycle with punitive measures does not help. The counselors try to instill life skills for overcoming the tendency to throw away success.

Patti Mellow is getting involved with Mission Academy again this year the same way she did in the beginning: She and Dr. Susan Chambers are chairing this year’s fundraising gala on Sept. 15. Details are available at teenrecoverysolutions.org. Participating is one way to help add hope to some metro families’ futures.