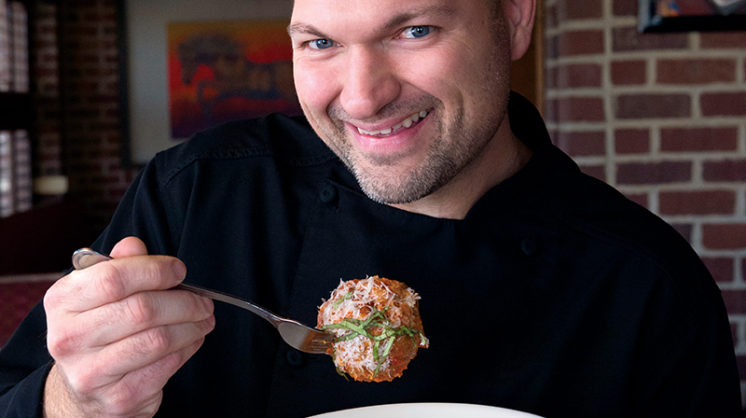 Chef Anthony Compagni learned to cook from his father, an Italian man with a knack for meatballs. Compagni’s palate is broad – he was exposed to many different kinds of ethnic foods while growing up in a mining community – but he always comes back to his father’s Italian roots.

“My formal training at Cordon Bleu was in French technique,” he smiles, “but I still love cooking Italian food.”

As the executive chef and partner at Benvenuti’s Ristorante in Norman, Compagni mixes rustic and modern flavors with elegant presentations while putting some of the city’s best Italian food on plates daily – in fact, many Normanites regularly name Benvenuti’s as their city’s best restaurant.

Compagni’s culinary aspirations did not necessarily begin with a ton of promise. He remembers his parents as being very patient with him when he began experimenting with food as a 14-year-old.

“I was trying to make chocolate mousse cups, and I was using balloons dipped in chocolate,” he remembers. “I made the mistake of getting the chocolate too hot, so the balloon popped and chocolate went everywhere. My parents were kind enough to laugh about it.”

Ask people what they remember from their childhood in terms of flavor profile, and odd answers regularly emerge. Growing up in a town that was almost evenly divided between Catholic, Orthodox and Mormon residents meant that Compagni was exposed to a remarkable variety of foods, both ethnic and Mountain States Americana. The dominance of coal mining in Price, Utah, also meant that food needed to be hearty and portable – lunch boxes are the mobile lunch pantries of the blue collar set, after all.

With all of these influences, Compagni remembers the meatballs, and he remembers cinnamon oil toothpicks and glass candy. Maybe it’s a sweet tooth, or the early recognition that flavors can be used to enhance even common products. The curiosity about flavors and vehicles for delivering flavor led the budding chef to culinary school. First, though, he worked as a short-order cook from 15 to 18, spent a couple years at Southern Utah University, then decided to go to Scottsdale, Ariz., for cooking school at Scottsdale Culinary Institute-Le Cordon Bleu.

“I met Celisse (his future wife) at SUU, and we were looking for something to do together, and we decided on culinary school.”

The move made perfect sense for a young man raised as a cook. He translated his success in culinary school to gigs at notable restaurants in Aspen, including the Hotel Jerome and Gusto, where he was executive chef. Along the way, he’s maintained his love for pasta and meatballs.

“I love cooking pasta,” he smiles. “The possibilities are nearly endless.”

Meatballs might be the perfect food. They are versatile and delicious; many dishes are made better by their addition and they stand alone really well, too. Make them with beef, pork or a blend of the two, or you can use lamb or turkey, as well. Add a little sauce, some mozzarella and toasted baguette slices, and you have a meal. When we asked Compagni what recipe he wanted to share, the answer was pretty easy. 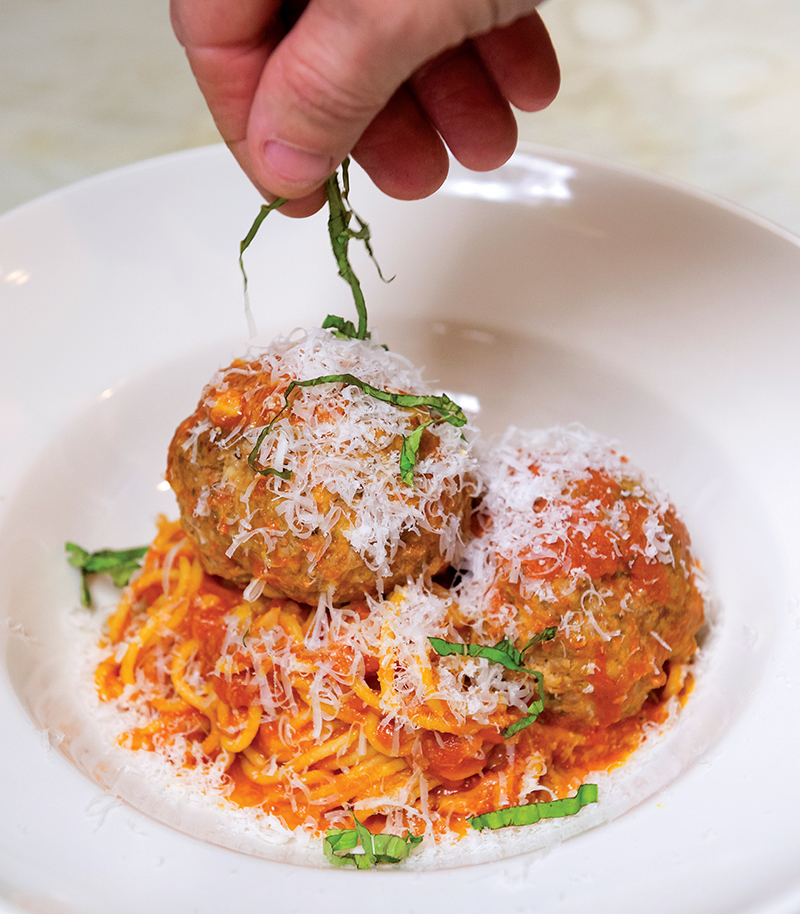 Break buns up and soak with milk.

Break up the beef and add Parmesan, garlic and salt. Mix well.

Add the remaining ingredients to beef and mix well.

Using two sheet pans, line one with parchment and bake meatballs for 15 minutes at 350 degrees, or place them raw in your favorite simmering sauce.