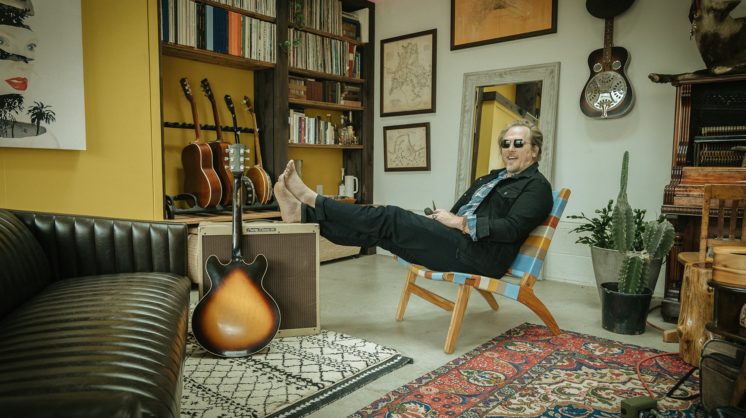 When Oklahoma is your muse, you’re never too far from home. Sooner State native, filmmaker and musician Luke Dick is keen on collaborations, and living in Nashville has afforded him plenty. Natalie Hemby, Dierks Bentley, Kip Moore and Eric Church are just a few of his partners in rhyme. His music also shines on two Grammy-winning albums, “Golden Hour” by Kacey Musgraves and “Wildcard” by Miranda Lambert.

“When I heard the steel guitar on [Lambert’s] ‘Bluebird,’ I said, ‘That’s got to be Luke’s song,’” says Aric Gilliland, Dick’s longtime friend from Yukon. “I can hear a song on the radio, and often enough, if it’s a Luke song, I can tell. I absolutely love how Luke weaves his history into his music – some ways more nuanced than others.”

Dick often incorporates visuals and sounds from his past into his creative works. His “Red Dog” album is the soundtrack of his 2019 documentary, which shares stories of his upbringing and the unlikely community his mother discovered while dancing at an Oklahoma City topless bar. Look at the album’s lyrics – some unconventional, some sentimental – and you’ll see how much Oklahoma shows up at Dick’s collaborative table.

“There’s something different about Oklahoma to me,” Dick says. “It’s not really the South. There’s a frontier mentality; but it’s not like Texas, like its own nation. There’s a definite, positive peculiarity about it. I always enjoy coming back.”

Now put some ketchup on your Garth Brooks and Dunn”

A graduate from Yukon High School on Garth Brooks Boulevard, Dick confesses a teenage craze for the Brooks hit “Friends in Low Places.” However, his style aligns more with the Flaming Lips than any country music sensation. This is evidenced by his wave punk band, Hey Steve, and his collaboration for the song “Oklahomie” with Patrick Carney, drummer for the blues rock band The Black Keys.

“I had the hook on a slide guitar, and I took it to Patrick Carney of The Black Keys,” Dick says. “We pieced a vibe together, like we were making a collage with sounds. It’s almost like you’re driving down I-40 or [Route] 66, and you blink your eyes and all these things appear: pawn shops, barbed wire, and all this. It’s interestingly quirky to me – and down home, too.”

Hey Steve provides the seriously danceable beat for “Oklahomie,” while Gary England, lottery tickets and beef jerky get shout-outs in the verses.

All the dirt, the debt and the cigarettes”

“Polyester” is another one of Dick’s successful collaborations, woven together from the fabric of his Oklahoma background. 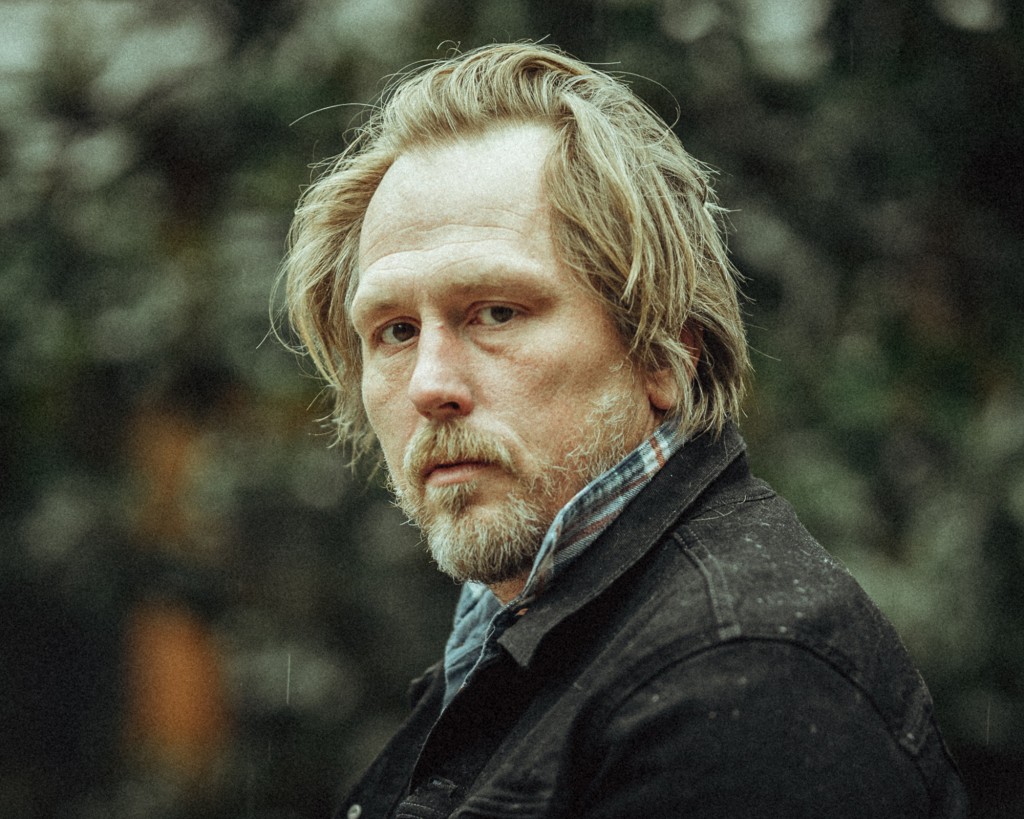 “I have a visual from elementary school; the dirt there was so ridiculously red,” Dick says, referring to Minco, Oklahoma. “When it rained, the rivers and stuff looked like tomato soup.”

He wrote “Polyester” with Chris DuBois, a Stillwater native who understood the Oklahoma references well.

“I had just seen Ken Burn’’s documentary The Roosevelts. It showed all these aristocratic kids getting raised with all this care and activity and summer homes,” Dick says. “I wasn’t envious, but I thought, ‘Wow, what a world of difference.’”

Dick brought these thoughts and an idea for a song about how we are shaped by our pasts to DuBois. At that time, he only had one line: You might wear leather, but you’re made of polyester.

“Polyester is such a characteristic fabric, isn’t it?” Dick asks. “Remember those brown couches with flowers all over them that your grandma had? I was thinking of that. I mean, real leather when you’re growing up? We didn’t do that. Anyone who didn’t have something and found a way to have something, that’s the feeling of this song – and how you relate back to your family, friends and roots.”

The song has gained national attention with lots of play on SiriusXM, but – by Oklahoma standards – Dick still resembles the guy next door.

“I guess when someone’s authentic, it naturally comes out in their work,” Gilliland says. “What I love about Luke is he’s always been Luke. Of course, he’s refined his craft over the years. I believe he’s one of the most brilliant song writers I’ve ever heard.”

“Love is a porch light that’s always left on

And never burns out between mothers and sons”

For Dick, the front porch light glows in Oklahoma. It’s a sentiment he captures in the song “Mothers and Sons.”

“There’s something about moms – and I saw it with my grandmother – you don’t ever feel shut out. Whatever happens or however big a mistake you might have made, you’re always welcomed back,” Dick says. “The song goes on to the books that I read growing up in the chorus: ‘Where the wild things are, wishing on Silverstein’s stars.’ It’s [about] these very formative feelings that you have, being cradled and read to by your mom.” 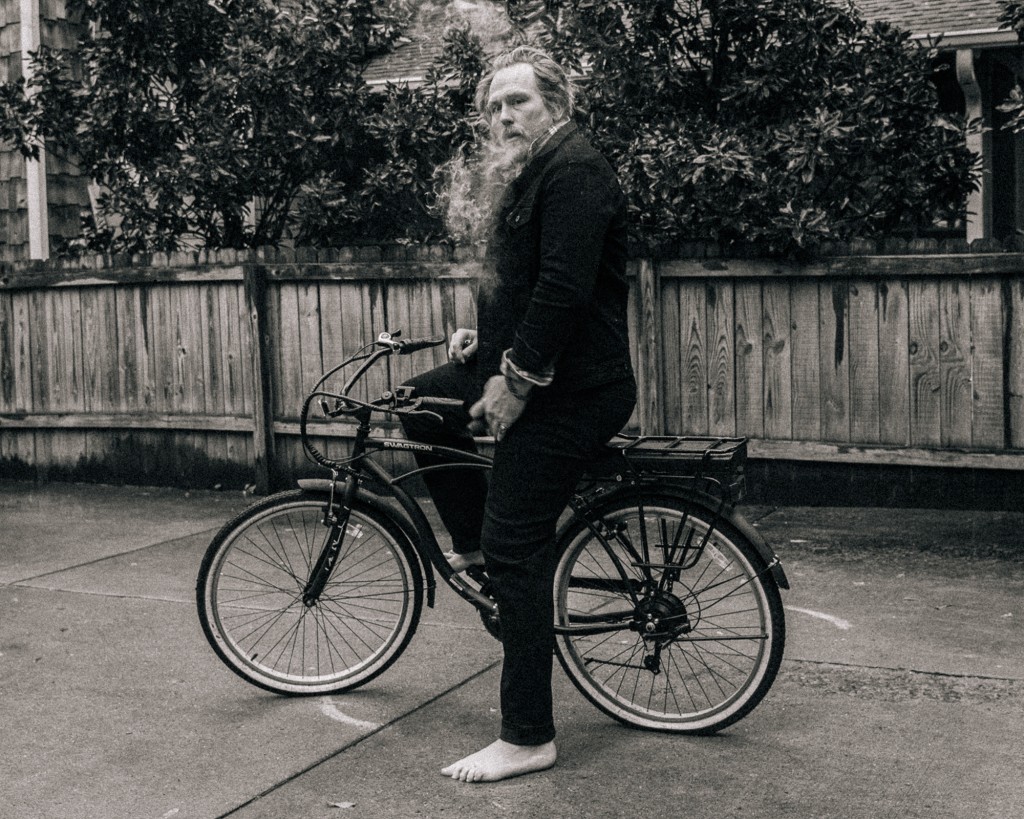 Dick has fond memories of his upbringing, and he adores his mother. No doubt their relationship was enhanced by working on Red Dog together.

“Any story she’s ever told me, I felt like there was a lot of humanity in it. That’s what I was interested in,” Dick says about why he initiated the project. “That kind of transparency about, ‘This is what I did, this is what I wish I would’ve done differently, and here’s how it turned out’ – I think those kinds of stories make the world better.”

Like his mother, Dick has a gift for storytelling – and many of his stories ring true to his Oklahoma fans.