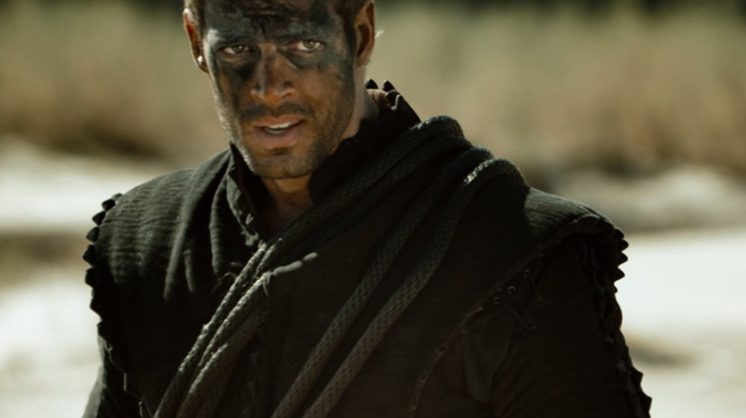 A new sci-fi adventure movie shot entirely in Oklahoma makes its debut in theaters this weekend with local director Brent Ryan Green showing the state in a completely different light.

The Oklahoma City native directed fantasy movie The Veil, which tells the story of a deadly warrior, played by Resident Evil star William Levy, leading a destructive campaign in a war-torn land.

Green, who was a producer on Martin Scorsese’s Silence says The Veil has been four years in the making with the movie’s script developed around the best Oklahoma locations.

“I wanted to show Oklahoma in a different light,” he says. “Most people think flat, red dirt, windy, tornadoes, when they think of Oklahoma – which is true – but I wanted to show the beauty this place has to offer.”

Green, director of production company Toy Gun Films, said despite growing up here he says he “discovered Oklahoma” while researching and exploring some of the state’s most scenic and diverse locations, such as Red Rock Canyon, Turner Falls and the Wichita Buffalo Ranch.

“Hopefully it’s a love letter to the visual beauty that Oklahoma has to offer,” he adds.

OF+MO director Tava Maloy Sofsky said Oklahoma had been the backdrop to many movies and has played many places in its time.

“Of course, we cherish all the projects that come here, but I’m very proud of this movie; in particular the force behind it … it’s pretty cool to have one of Oklahoma’s own behind it. The film marks one of the most ambitious projects to have been produced in Oklahoma in terms of genre and setting.”

The Veil, which co-stars English actor William Moseley and Canadian actress Serinda Swan will be locally screened at AMC Quail Springs Mall Cinemas, as well as numerous other theaters across the U.S. It also will be available on-demand and across digital platforms.