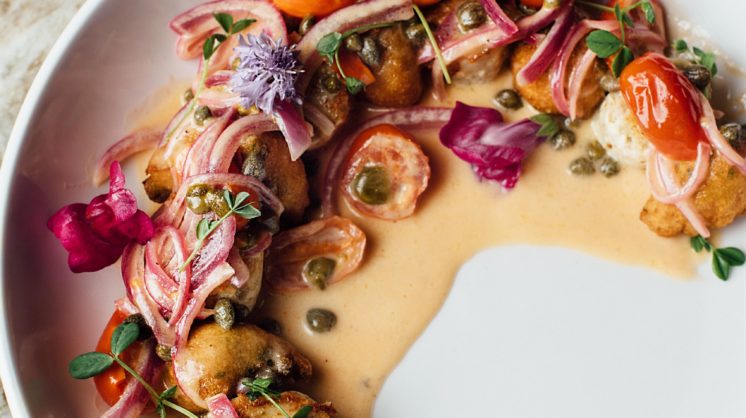 Photo by Lexi Hoebing from The Hamilton

A new year hopefully means new, good things happening in the hospitality industry. Since no one is in a tempting fate mood, we’ll leave it at that; however, we’re starting the year with good news for downtown with the reopening of Magnolia Bistro in Automobile Alley and the new location for Café De L’asie in the Central Business District (100 W. Main). In addition to these two profiled below, we’re submitting our thoughts on which restaurants ought to be on your dining radar for 2021.

Chef Vuong Nguyen and his business partner Josh Dorsey “graduated” from The Collective on New Year’s Eve, leaving the food hall for the space formerly occupied by Cafe 7 Downtown. The menu is a combination of Café De L’asie and Nguyen’s popular brunch spot from a few years back, Bonjour; meaning the delicious Gruyere biscuits we used to drive to W. Memorial for are now right downtown. The heart of this menu is Benedicts, something Nguyen loves, though he’ll provide lunch options as well. Starting hours are Monday-Friday 8 a.m. to 2:30 p.m. Dorsey said a liquor license is definitely in the works, and they’ll use the space for chef events and other “fun stuff” in the evenings.

After a sad farewell to downtown in December, Magnolia Bistro’s owners Kaylee Owen and Chef Dwayne Johnson (also of Brielle’s Bistro) secured funding to reopen the popular Cajun/Southern cooking spot in Automobile Alley. The menu of catfish, gumbo, etouffee, greens, and beignets is back, along with new gator additions. The restaurant will include the weekly feature from one of the city’s emerging star chefs, Bryan Wilson. Owen said they’re working on dinner plans and booze for the future, and brunch is definitely in the works.

Szechuan Story. This was one of our Best New Restaurants for 2020, and they’re set to have a brilliant sophomore year. Family-owned and operated, the authentic Szechuan eatery dishes familiar favorites and deeper cuts that the staff will happily walk you through. Get the crispy chicken. Seriously. The service is casual and friendly, and the menu is large enough that even your uncle who only eats Chinese buffet can find something he likes.

The Hamilton. Every week we run into someone who says, “I keep meaning to go there.” It’s time to go there. The upscale casual supper club vibe is combined with outstanding bar service, unapologetically Okie-influenced dishes overseen by executive chef Stephanie Morrical Miller, and one of the most comfortable dining and drinking environments in the city.

Tori Tori! Fried Chicken Shop. The latest offering – other than Burrito Baby – from 84 Hospitality, this is James Beard-nominated Chef Jeff Chanchaleune’s tebasaki (Japanese fried chicken) joint. The menu is obviously heavy on chicken and the kara-age is excellent. The wings are sure to be a hit, and Chanchaleune even brought back some sauce recipes from his food truck days. The chicken sandwich – OG or spicy – is fantastic, and you’ll want some tots with charred negi mayo.

Jo-Bawb’s Championship BBQ. We missed this one in our barbecue round-up last year – that was a mistake. Always happy to confess our faults, this one should be on everyone’s radar. Owners Lon and JoAnne Mitchell are friends with Travis Clark of Clark Crew, and he’s the first one to recommend the place. The ribs are incredible, brisket delicious, and their team has more awards than we can list here.

Yaqui’s. You’re going to see plenty of birria tacos this year, mostly at gringo taco joints. The quesabirria tacos have always been at the authentic taquerias, so before you dive into the gringo versions, head to the southwest side of town and order birria in its best form: a dish of spicy, stewed meat with fresh tortillas, veggies, and consommé for dipping. While you’re there, get the tacos Lorenza, too – the Sonoran version of a carne asada taco. There’s an indescribable magic to them.

Café Contemporary. Avery Cannon has quietly built one of the most exciting dining experiences in Oklahoma City at Oklahoma Contemporary. By rethinking what a museum café ought to be, he’s created a menu that is omnivore, vegetarian and vegan friendly without sacrificing quality. The baked goods are stellar, and the dishes are thoughtful, creative, and hearty. If you’re the picnic type, there’s a grassy common space on the north side of the museum where they can set you up with food and wine.

Jamil’s Steakhouse. Every once in a while, good things miss a generation, or the generation misses the thing. Not sure what happened with the general awareness of Jamil’s Steakhouse, but it’s one of three Lebanese steakhouses left in Oklahoma. It’s an absolute city treasure. Smoked bologna, tabouli, ribs, steaks, cabbage rolls, and an old school vibe that just feels comfortable, plus superstar hospitality expert Greg Gawey overseeing everything. Make time to go for lunch or dinner.

Jimmy B’s Culinary + Krafted. The name is an homage to Jim Blanchard, an area manager for Hal Smith Restaurant Group who died tragically a few years back. Jimmy B’s is a remarkable transition concept for the company, too, combining some of the best cocktails in the city, an eclectic, delicious menu that includes sushi, steak, and Southern comforts like deviled eggs and chicken salad, and a setting that – depending on where you’re sitting – feels like a modern American restaurant or a familiar, comfortable HSRG experience. 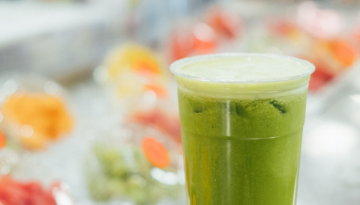 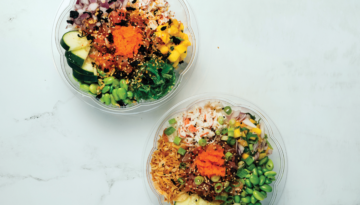