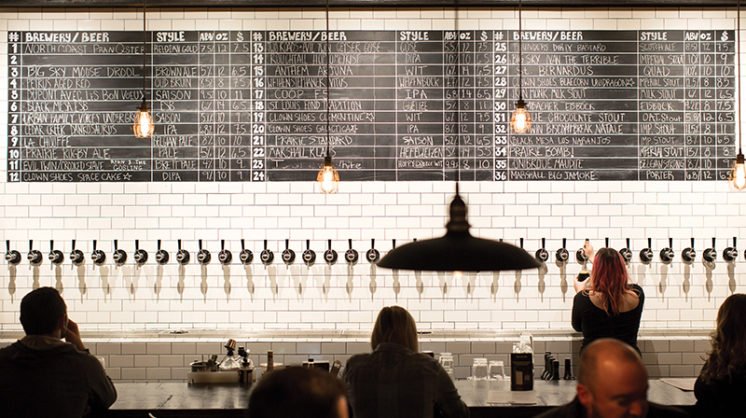 It’s immediately clear that Oak and Ore is a good name for this Plaza District hangout – it’s a space filled with wood and metal and brick that feels solid throughout.

You won’t find much in the way of frills or ornamentation in the décor, but the space is filled with craftsmanship; it’s just, as the logo promises, in the beer and fare.

What began as a fairly one-dimensional menu has blossomed under chef Eric Adams. Its focus has deepened from simply sandwiches (albeit excellent ones) to farther-reaching and more imaginative appetizers, salads and entrees.

The variety is notable right off the bat. Appetizer options range from a soft pretzel to house-made hummus to the artisanal cheese board – you know, creamy Grand Cru, gouda, figs, like you do. Give serious consideration, though, to the salty, crispy, deep-fried chicken cradled in two flaky buttermilk biscuits and slathered with honey and butter. And if that sounds like it might not be a completely health-conscious option (whaaaat?), you can get some nutritional karma back by turning to the kale and bacon salad, which is large enough to encourage sharing and performs the minor wonder of wiping out the bitterness of its leafy green vegetable via a tasty orange vinaigrette. 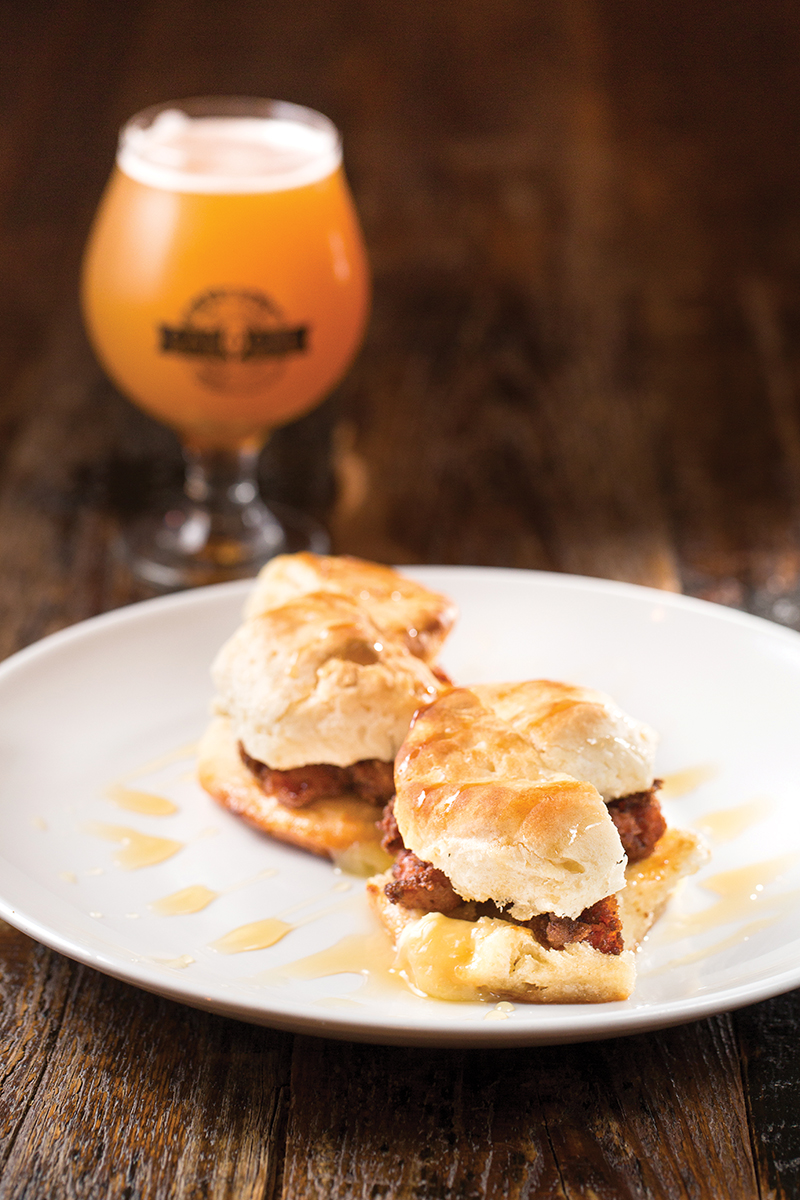 Our group was especially impressed by the honey mole chicken, a flattened breast lacquered in a dark and flavor-rich sauce with a bite of black pepper and an underlying sweetness. It comes on a spicy bed of black beans, onions and peppers, with a vibrant dollop of avocado cream.

And the adoption of a more ambitious menu doesn’t mean Oak and Ore has parted company with what it was originally: The brisket French dip sandwich remains wholly fantastic. A toasted baguette filled with tender brisket, melted Swiss and caramelized onions, it gets a nice extra bite from its horseradish spread … and its steamy, fragrant au jus makes a delicious ward against winter’s chill.

Oak and Ore’s centerpiece is the array of 36 taps, providing a constant rotation of prime options for beer lovers. Owner Micah Andrews personally oversees the operation, researching new labels while keeping local options in the mix – he knows most of the state brewers personally so enjoys the chance to show off their wares.

“It’s kind of like a calculus problem to order the beer and manage the inventory,” he says. “You have to balance the menu so it’s not all IPAs.” 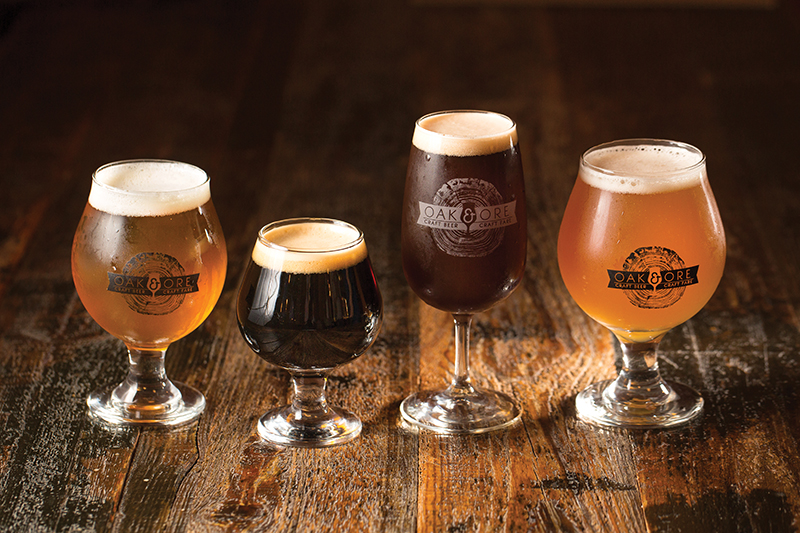 The rotating variety means there’s always something waiting to be sampled, but also cuts down on the possibility of making concrete recommendations. I could name names, rhapsodize about Rogues and Iron Monks and Evil Twins, but rather than setting your heart on specifics that might not be in attendance, just know that variety abounds: Pilsners that disappear off the palate in a whiff of grapefruit, stouts of milk and chocolate and coffee, aged reds and sunny saisons and complex new creations … trust me, there’s plenty to explore and enjoy at all times. The bartenders are quite thoroughly ready to talk flavors and make recommendations, and even pour a small sample or two for taste-testing purposes, like a Baskin-Robbins with beer. (Just don’t attempt to fill up on freebies.)

What truly sets Andrews’ operation apart is the care taken to make each pour impeccably perfect, using a special adjustable tap system that presents each individual beer at its prime temperature. “The closest place to [OKC] that serves beer like we do is in Houston,” he explains. “There are probably not more than 15 places in the country that have this system.

“Everything in our system is stainless steel. I don’t let anyone touch my lines; nobody else touches my faucets. We hand-wash all our glasses, use specific glassware with stems to keep you from heating it with your hands, and the shape of the glass directs the aroma to the nose,” Andrews chuckles. “It’s definitely a challenge, but I love doing it.” It shows, and the results are real. “People say, ‘This beer tastes so much better than the same one I had somewhere else.’”

We’re ready to become regulars – if I see you there, you can raise a glass with me to toast a restaurant coming into its own.