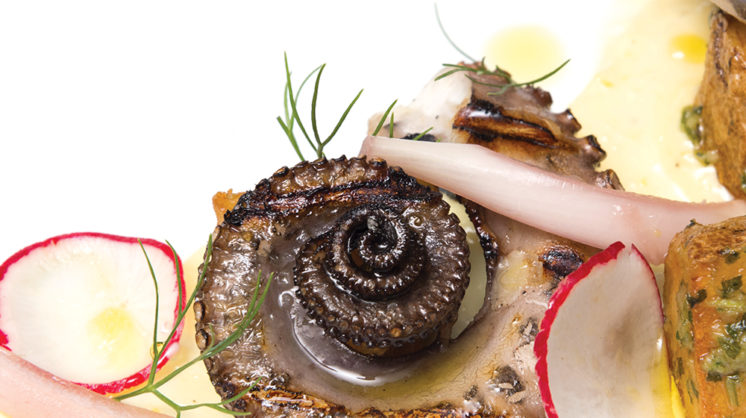 When a chef begins advice with “be prepared to ruin a lot of it before you’re good at it,” you know you’re up against a different animal, so to speak. In this case, the subject is octopus, and the chef offering the advice is Jonathan Krell, executive chef at Patrono, 305 N Walker.

“Cooking with octopus is like baking, in that the dish lets you know right away you didn’t do it right,” Krell says. “The best advice I can give is to try it dining out so you know what it’s supposed to taste like first … if you insist on making it at home.”

The caveat is not chef-ly arrogance, though: Octopus is famous for being one of the most difficult ingredients to work with. Gordon Ramsay once used profanity on a televised cooking show (which isn’t a vanishingly rare thing) when a contestant chose to work with grilled octopus.

Octopus has long been a staple of east Asian and Mediterranean cooking, but the cephalopod doesn’t usually find its way onto OKC menus … with some notable exceptions. Tokyo Japanese Restaurant, 7516 N Western, serves it in several of its rolls, and in Takoyaki – a traditional dish that uses minced, sliced or ground octopus in dumplings – and Takosu, a salad with sliced octopus. The dishes are exceptional, like everything else Tokyo does, and if you are looking for a solid introduction, that is a great place to begin.

“It’s the kind of dish I like to eat when I’m dining out, but I rarely do unless I know who prepared it,” Campbell says. “It’s a trust thing.”

Campbell, who has his high quality Spanish octopus flown in, said he was nervous about putting it on Mary Eddy’s menu, but guests have responded well.

“We are on the third set of octopus, and it’s one of my favorite things on the menu,” he says.

The challenge of octopus is not really the flavor. Most diners, when trying octopus for the first time, find the taste pleasant – assuming it’s prepared properly. It’s a little bit briny, a little sweet and not at all “fishy,” which is a word Campbell never wants servers using to describe seafood.

“It’s really its own thing,” Campbell says, “and it’s incredibly versatile. The difficulty of octopus is the texture and the skin.” 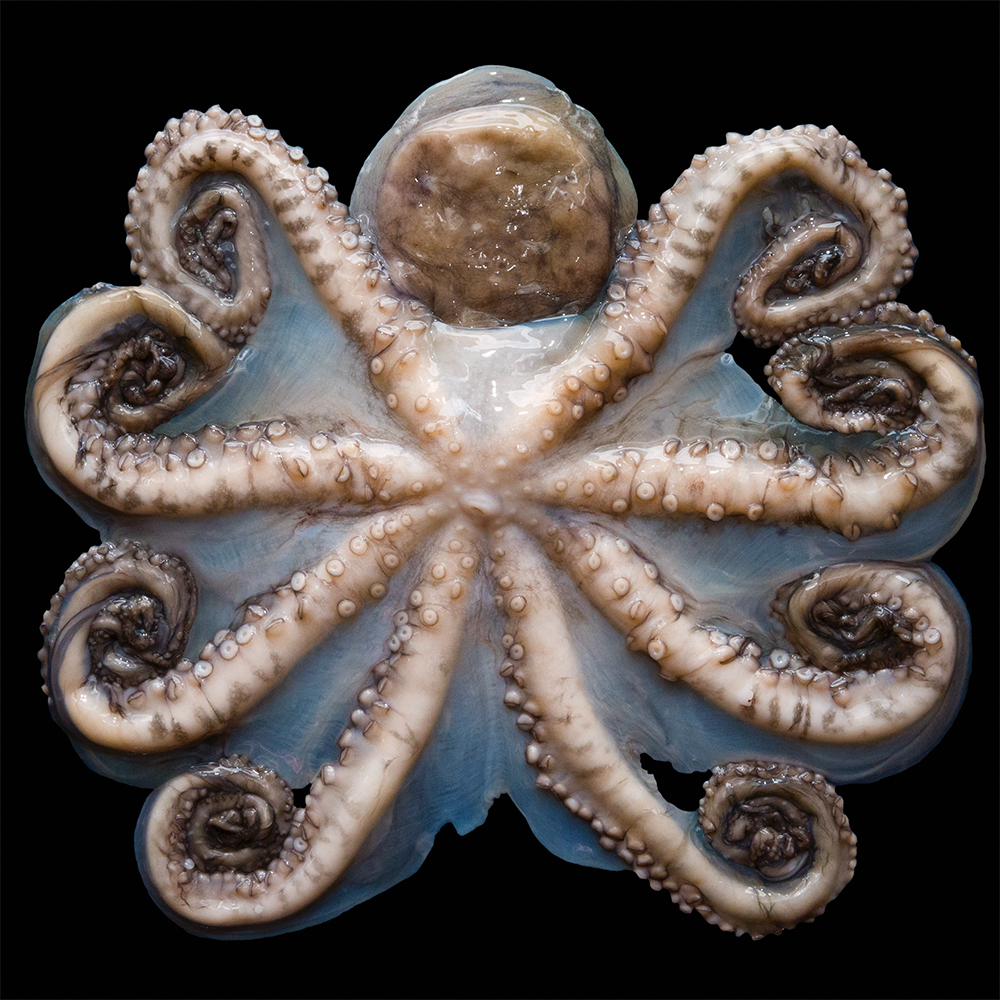 Octopus needs to be boiled or braised before it can be used in a dish. Krell said he has boiled a large-ish octopus two hours and 45 minutes. Most home cooks don’t have that kind of time, and even if they do, the boiling is only step one.

“The skin is where it can really go bad,” Campbell says. “If you peel the skin, the octopus can dry out quickly, but if you don’t get the skin crispy, you’re left with something that is really … gelatinous.”

He paused before using the word, but it’s totally accurate. The two most common complaints about octopus are “slimy” skin and chewy texture. If it is overcooked, it can make overcooked calamari seem tender by comparison. To crisp the skin, Campbell flash fries the tentacles after braising and rolling them in very light batter. Krell opts for a hot grill. Either method requires high heat, to dry the skin quickly without drying the meat.

If the preparation is done properly, the octopus will be crispy outside and tender but al dente chewy within. From that point on, it can be used in a variety of dishes, but both chefs typically prefer it as an appetizer.

“I’ve seen it used many ways,” Campbell says, “even as a main course with pasta, but I like to have a few bites and then move onto something else.”

The Mary Eddy’s preparation involved citrus, garlic, cilantro, onions, charred shishito peppers and housemade sambal, a hot sauce most often associated with Indonesia, Malaysia and other southeast Asian nations. Campbell changes his menu constantly based on availability, so preparation likely will have changed when this issue arrives.

From a chef’s perspective, the beauty of octopus is that it can be used with an almost unlimited number of dishes in any season – or as Campbell puts it, “There are 1,001 ways to prepare it.”

Grand House, 2701 N Classen Blvd., uses thinly sliced cephalopod in its octopus salad, and it’s also available as a sashimi option. You can find it frozen in a few specialty grocers, but Krell warned against it. “It’ll most likely be terribly chewy,” he says. Always heed the caveats of good chefs – but when you find a source you like, get your tentacles on it, because octopus can be a true treat.