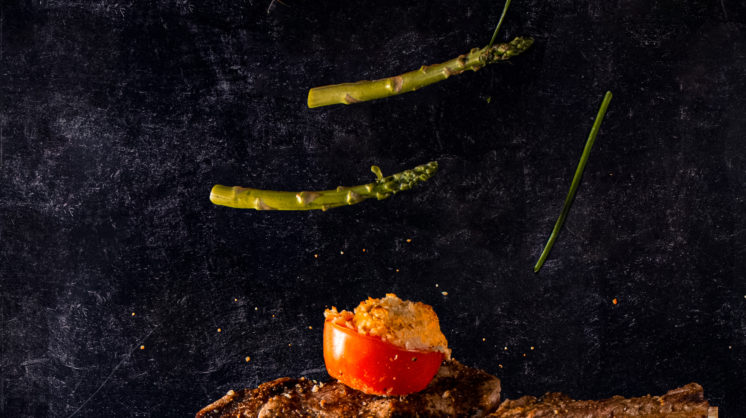 When determining the city’s best steakhouses, the separating criteria are not steaks. That may sound surprising, but you can walk into any prime steakhouse in the metro and get a delicious steak. That’s likely true in any city where prime beef is served. Asking who has the best steaks is like asking which bar has the best bottle of Colonel E.H. Taylor Small Batch Bourbon — prime steak only needs salt, pepper and butter to be perfect, so a restaurant would have to work to harm the product.

What, then, are the criteria? Being “a steakhouse” is important. Good steak is available in dozens of area restaurants, not just the steakhouses. While working on this story, several people asked whether the magazine was covering chophouses or fine dining establishments. Sorry, but no. Neither. Only steakhouses.

Next, there are the basic factors including service, appetizers, non-steak entrees, sides, wine list, ambience and dessert. Again, most steakhouses excel at these, even as each tends to have an issue or two, such as substandard sides mixed into the otherwise delicious food. And some wine lists are definitely better than others, especially when considering by-the-glass program and price.

So which metro meat palaces make the cut?

The Holloway family is among the metro’s hospitality royalty, and one of the strengths of Boulevard certainly is that it is family-owned and operated. Chef Jeff Holloway oversees the kitchen, and most nights you’ll find at least one other member of the family on the floor. Steaks are hand-cut, and you can choose from several toppings and sauces and one rub. Perhaps the most pleasant surprise was discovering that its Boulevard Black is made by Napa winery Alpha Omega, which means stellar cabernet sauvignon for about half the price you would pay for the AO Cabernet.

One of the biggest misconceptions people — even locals — have about the city’s iconic steakhouse is that it doesn’t serve prime beef. In fact, the Blue Ribbon Special, which is prime beef, is on the menu every day and your server can tell you what prime cuts are available that day. Unlike most prime steakhouses, though, steaks are not served a la carte; they come with salad, baked potato and rolls. The atmosphere is festive, service is stellar and the wine list is underappreciated. Yes, do get the lamb fries — you can help us decide if they’re better with cocktail sauce or Cattlemen’s house dressing.

Mahogany is the flagship of the Hal Smith Restaurant Group, and while the food service group is known for excellent service and remarkable consistency, Mahogany stands out as even more impressive. Easily the best steak we tasted, the service also was superb and the bar in downtown Oklahoma City is stunning. The by-the-glass list could use improvement — as could the wine prices — but it’s a small complaint compared to the overall experience. What may be less well known is that Mahogany also serves excellent fish. If you’re eating it to be healthier however, get the sauce on the side. A ramekin of beurre blanc is roughly equivalent, calorically speaking, to a Krispy Kreme doughnut. Extra points for the best appetizer: lobster cargot.

This was the hardest to include, because it technically is a Texas-based chain steakhouse: Kirby’s dba Mickey Mantle’s. Still, it’s incredibly popular, with superb steaks and sides, great service and a classic steakhouse interior. The wine is expensive versus what you pay elsewhere, but if you want a bar that allows smoking, Mickey Mantle’s is it. It also has the best happy hour of the steakhouses, with free food in the bar if you don’t mind the smoke. 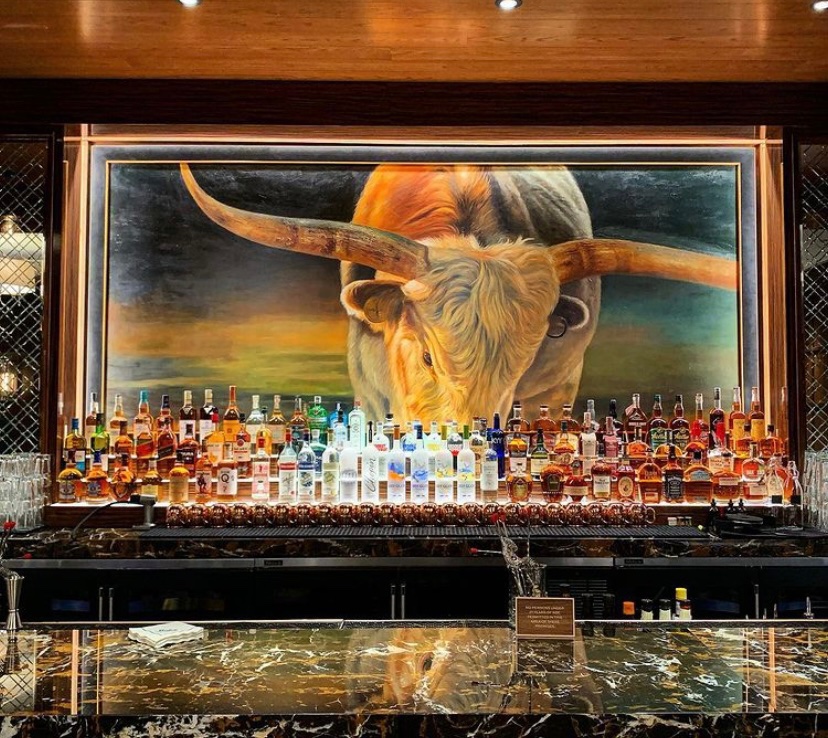 The original steakhouse opened in Dallas in 1993 on Lemmon Avenue, but outside of Texas, the brand is more associated with Omni Hotels. In fact, the hotel chain owns a 49-percent share of Bob’s, so they are corporate partners in the truest sense. The corporate thing shouldn’t throw you, though. Bob’s is built on excellent steaks, a vibrant bar scene, and stellar service. The steaks are Midwestern prime beer, and they come with the signature glazed carrot and choice of potato. Honestly, why anyone doesn’t choose pan-fried with gravy is inexplicable, but there are two other options. The onion rings are justly famous, and the wine list is extensive and well-designed for a steak and chop house. The other feature sure to appeal diners is the ambience. Bob’s is beautiful, from the stunning bar to the elegant dining room; the place is designed to create the sense that something special is occurring. It works.

Opus used to be off the beaten path, but with all the growth along the Memorial Road corridor, Bill Wilson’s beautiful restaurant is getting some of the attention it deserves. Service at the bar was exceptional, and the steak was excellent. What sets Opus apart from the other steakhouses, though — in addition to its opulent interior — is the extensive wine list, which isn’t simply Napa wines plus other big reds. The whiskey selection is smaller than you might expect from a steakhouse, but it does have several notable favorites.

When you ask locals who has the best steaks, Ranch and Mahogany are the most common responses. The most important factor in Ranch’s success — other than its bone-in rib eye — is the number of career servers on the floor. The service is smooth, professional, calm and friendly, as if nothing could shake their demeanor. Truthfully, this crew has probably seen every possible complication over the years, so at least on the floor, they seem unflappable. The bar is excellent, Dover sole and foie gras are on the menu, and the patio is hands-down the best of the steakhouses. The wine list was built by veteran sommelier David Souza, so it’s exceptional, and Souza will be helming the new Ranch Norman when it opens in February.

No steakhouse was more confusing and more difficult to evaluate. The bar is beautiful, with efficient service and good cocktails, and the wine list is solid, even as it lacks some hipper brands. The space itself looks like the answer to the question: What if we designed a steakhouse to look like the inside of a spaceship? That, by the way, is not necessarily a bad thing. The womb-like booths tucked into the cavernous space make for a lovely experience, and the private tables in the “rocket ship” and the mezzanine are perfect for private groups. Its third floor also is the best event space among the steakhouses. Steaks are good, especially the Wagyu, and the beef tenderloin tamales are among the best appetizers available in the city.