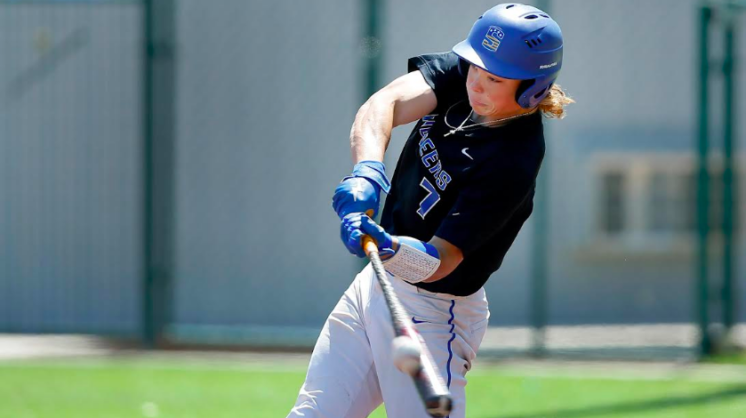 From 2019 to 2021, the state of Oklahoma only produced four Major League Baseball draft picks in the first and second rounds. In this year’s draft alone, that number was five, including the No. 1 overall pick.

Jackson Holliday, a shortstop from Stillwater High School and son of former major leaguer Matt Holliday, topped the board Sunday after the Baltimore Orioles selected him. Shortly after, Cade Horton, a right-handed pitcher and third baseman who threw for OU’s Men’s College World Series team, was picked No. 7 overall by the Chicago Cubs.

Oklahoma State right-handed pitcher Justin Campbell landed No. 37 overall in the first Competitive Balance round, selected by the Cleveland Guardians. Two other OU players, pitcher Jake Bennett and shortstop Peyton Graham, were chosen in the second round by the Washington Nationals and the Detroit Tigers respectively.

“Baseball in Oklahoma is really good right now,” said Jimmy Harris, head coach of the Stillwater High School baseball team that Holliday played on. “For the past two years, we’ve had the high school guys have some big picks. Last year, that was Jackson Jobe. This year, Jackson Holliday.”

Harris said the team heard buzz from baseball organizations and media about Holliday landing in the top three, but they didn’t know where he would end up. “We had a little watch party as coaches,” he said. “When they said his name, we all went crazy.”

While Holliday’s hitting prowess might be the first thing that comes to mind when hearing the 18-year-old’s name — he set a national high school single-season record for base hits with 89 this year — Harris thinks about his strong character. “He showed some pretty serious maturity,” Harris said. “He’s still going to grow, but he has a poise, and the way he carries himself in his play this year, he was really good.”

Harris believes Holliday carries a complete skillset, with solid baserunning speed and a drive for stellar defensive play that the shortstop position often demands. All this hype comes with expectations, but Harris said that Holliday still plays for teamwork and love of the sport. “He looks pressure in the eye — he handles it like you’ve never seen,” Harris said. “The way he played and still enjoyed the game, still had fun with his brother (Ethan) and our team, was remarkable.”

No. 7 selection Cade Horton only recently began making his presence known as a pitcher in 2022, as he sat out the 2021 season recovering from Tommy John surgery. He made his first pitching start for the Sooners March 29 and completed 11 starts with a 5-2 win-loss record and a 4.86 ERA (earned run average). It was his electrifying postseason run, including a 13-strikeout performance against the eventual champion Mississippi Rebels, that pushed him to the top 10 of the board.

“He’s going to be a number one, number two or three starter in the big leagues,” said OU head coach Skip Johnson in a written statement. “He doesn’t have a lot of swagger; he just goes out and takes a workman’s mentality to what he does.”

Justin Campbell had been a quality starting pitcher for the Cowboys in his two full seasons for the team. The 21-year-old averages 92 miles per hour on his fastball, which likely helped him notch 141 strikeouts across 101 1/3 innings.

Pitchers Nolan McLean and Trevor Martin from OSU earned selections in the third round from the Orioles and Tampa Bay Rays respectively, and catcher Jimmy Crooks III was drafted by the St. Louis Cardinals in the fourth round.

As Oklahoma players from high school to college continue to draw eyes from major league scouts, this year’s draft seems to indicate that the Sooner State’s impact on the national pastime is only starting to grow.