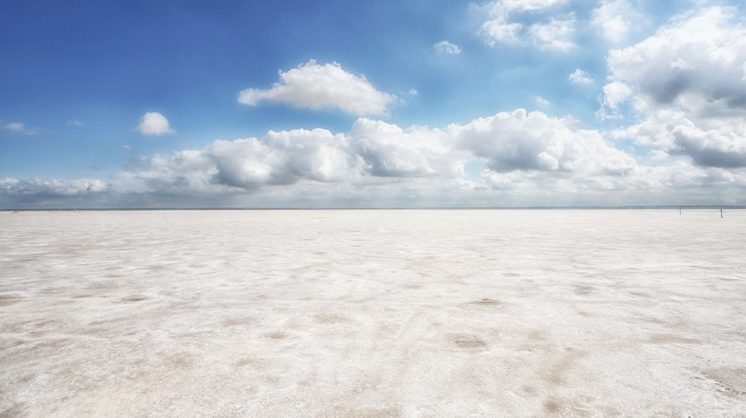 Once it was an ancient sea. All that remains now is its salt — a crunchy glaze on a treeless plain. More than 500 miles from the nearest ocean, the Great Salt Plains glistens to the horizon like a vast shoreline at perpetual low tide.

It’s not so much the open space that inspires awe. Here in western Oklahoma, there is plenty of that. It’s not even the lack of color; the eye quickly adjusts to the stark monochromatic panorama of whites and grays.

What makes the Great Salt Plains otherworldly is its quiet. Though located in the heart of Alfalfa County, just south of the Kansas border, the flats have few of the usual sounds of the prairie. There are no buzzing insects; no braying livestock; no creaking windmills or ka-chunk-ing pump jacks; no brush or trees or grass to be pushed and played by the wind. On this autumn morning, the only movement across the bleached moonscape is wave after wave of massive cloud shadows, racing silently across the flats in cinematic slow-motion strobes. In the hallucinatory stillness, it’s easy to imagine the mystique the place held in the imagination of the Western frontier.

Tumult came to this corner of the wilderness when, in 1803, the nearly new nation of the United States purchased the rights to French holdings on the North American continent.

President Thomas Jefferson was prepared to pay up to $10 million for ownership of the key port of New Orleans. When Napoleon Bonaparte – looking to raise money for future wars and lighten his obligations on a distant continent – unexpectedly offered not only New Orleans but all of France’s claims to the entire Louisiana territory for an extra $5 million, Jefferson jumped at the opportunity. The Louisiana Purchase encompassed 530 million acres, from the Rocky Mountains to the Mississippi River. The $15 million deal would double the size of the young nation overnight. The agreement was signed in Paris on April 30, and announced on July 4, 1803.

But Jefferson’s political rivals were not impressed. Some argued that negotiating for territory was not within the presidential powers granted by the Constitution. And even if it was, the land should not be added to the new nation, because the power of the original colonies would be diluted. And even if it wasn’t, who even needs land that would be expensive to maintain and that, as far as they could tell, was likely worthless anyway?

The interior of the North American continent was little-known and rarely explored. Tales were plentiful, and facts were few. There was talk of a massive desert, rumors of volcanoes, purported sightings of giant sloths, wild mastodons and mammoths, reports of a tribe of lost Welshmen wandering the wilderness.

Jefferson would soon send to Congress a detailed portfolio of the Louisiana territory, in the hope of winning over lawmakers and guaranteeing funding. His enthusiastic report featured only reliable sources, which extolled the many wonders of the new American holdings. 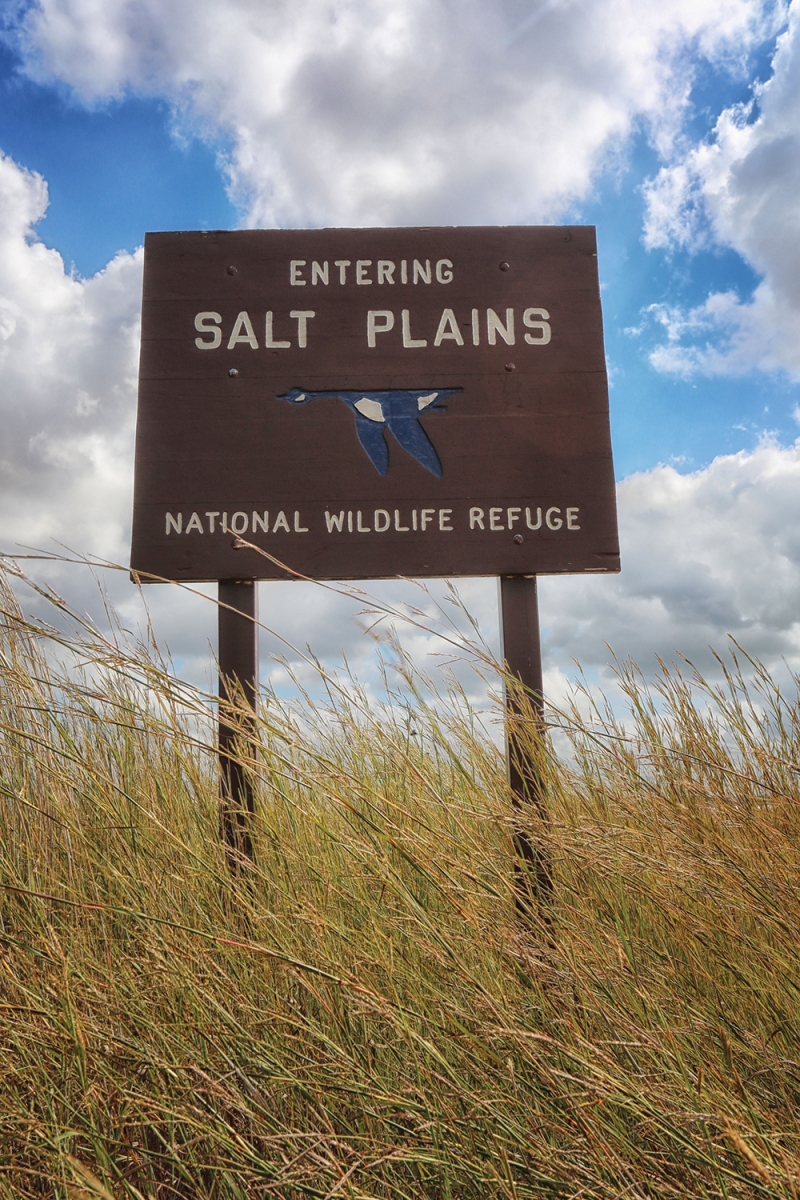 Among the most memorable were salient saline details of the of the territory that would one day become Oklahoma. Long before any mapmaker knew where to place it, tales had drifted back to the American colonies about a place where salt – a prized commodity available only by import or by the laborious boiling of brine – could be scooped up by the wagonload. Nomadic tribes visited the treeless plain to gather the preservative, and to hunt the animals who came to enjoy the giant salt lick.

“One extraordinary fact, relative to salt, must not be omitted,” Jefferson’s report declared. “There exists, about one thousand miles up the Missouri, and not far from that river, a salt mountain. This mountain is said to be 180 miles long, and 45 in width, composed of solid rock salt, without any trees, or even shrubs upon it.”

To those who doubted its existence, Jefferson invoked “the testimony of several respectable and enterprising traders who have visited it, and who have exhibited several bushels of salt to the curiosity of the people of St. Louis where some of it still remains.”

We think it would have been no more than fair in the traveler who informed Mr. Jefferson of this territory of solid salt, to have added that some leagues to the westward of it there was an immense lake of molasses, and that between this lake and the mountain of salt, there was an extensive vale of hasty pudding, stretching as far as the eye could reach, and kept in a state of comfortable eatability by the warmth of the sun's rays, into which the natives, being all Patagonians, waded knee deep, whenever they were hungry, and helped themselves to salt with one hand to season their pudding and molasses with the other to give it a relish.

Entered into the Congressional Record of the U.S. House of Representative was the Boston Gazette’s response of Dec. 1, 1803, sarcastically referring to the new territory as “that enchanted country” and one-upping Jefferson’s salt mountain with the discovery of “an immense mountain of solid refined sugar, from which a sufficient quantity may be drawn to supply the whole world.”

On Dec. 5, the Gazette threw salt on the wounds with a poem:

Hero status of old, to eternize his name,
Set the Temple of Diana all in a flame,
But Jefferson lately of Bonaparte bought,
To pickle his fame, a mountain of salt.”

In time, the stories of mastodons and volcanoes and lost Welshmen faded as no evidence of such things appeared. Jefferson finished his second presidential term in 1809, still without proof of the much-maligned salt mountain.

On May 11, 1811, he set out on a two-month trek – accompanied by Osage guides and French interpreters and attended by his Irish valet, James Henderson – to find the fabled stores of salt. The expedition was led by Sans Oreilles, a chief of the Little Osage (and son of Pawhuska, principal chief of the Great Osage) whose French nickname of “No Ears” came from his tendency to reject advice. The party traveled along the tributary that the Osage called Nescatunga, for big salt water, a stretch now known as the Salt Fork of the Arkansas River.

What awaited them was not a mountain, but a vast plain white with salt as far as the eye could see. The Osage led Sibley to two major flats: The Great Salt Plains south of present-day Cherokee, about 12 miles long and six miles wide, and the smaller Big Salt Plains, about eight miles long and half a mile to a mile wide, west of Freedom.

Over the centuries, water had continued to seep up through layers of ancient salt left behind by prehistoric seas. Once at the surface, the briny water would evaporate under the prairie sun, leaving behind salt crystals. 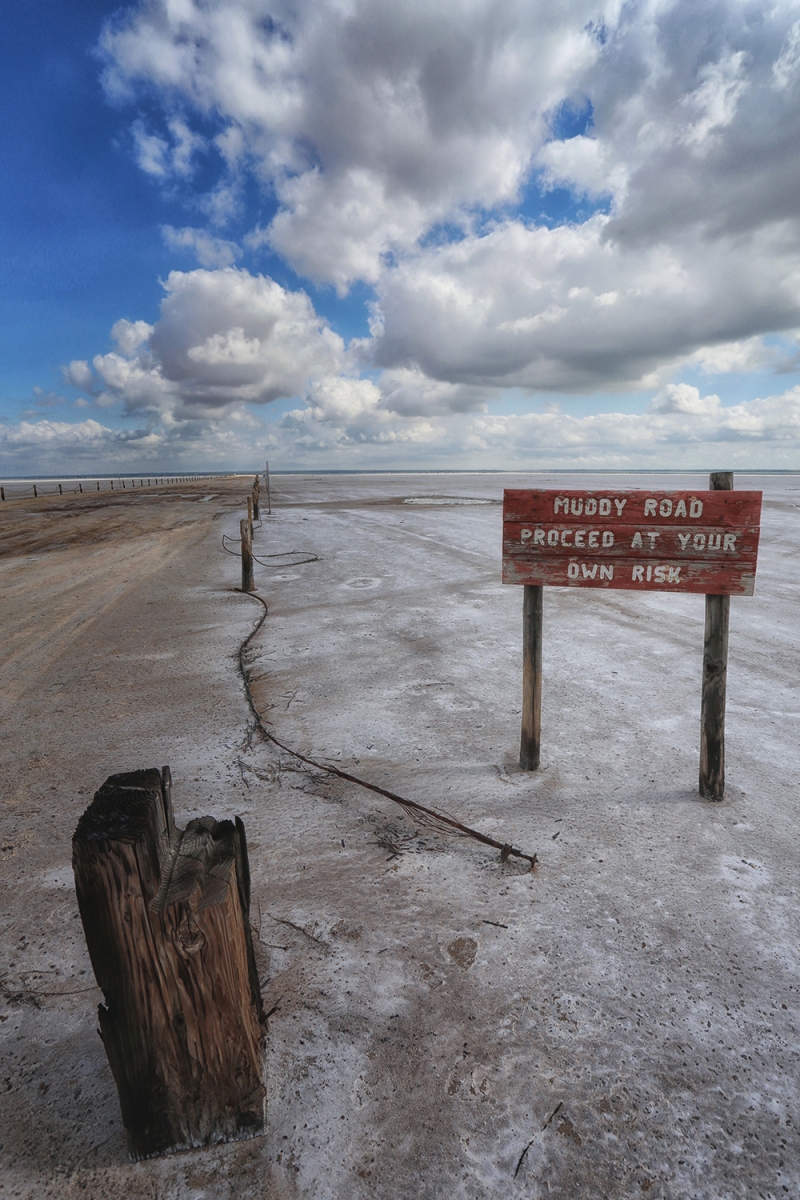 The vast sheets of salt amazed Sibley, who described the prairie gleaming white “like a brilliant field of snow.” Viewing the deposits near modern-day Freedom, he waxed poetic about “beautiful transparent flakes … glittering like so many mirrors in the sun.”

Historian Thomas Isern credits Sibley as the first U.S. official to assess the plains not as a desert but as “a place of wonder and fascination,” and the first to convey a favorable image of present-day Oklahoma to the American public.

Others would follow, including Nathan Boone, the youngest son of Daniel. He led an exploratory contingent of troops out of Fort Gibson in the summer of 1843, and is said to have called the Great Salt Plains one of the seven wonders of the world.

Not suitable for farming, the area was set aside when the Cherokee Outlet was opened to homesteaders. During World War I, the flats were considered by the U.S. War Department as headquarters for a pilot-training center and airfield. In 1930, the Salt Plains National Wildlife Refuge was created. A decade later, plans for a dam prompted LaVere Anderson to lament the site’s impending demise, noting in the New York Tribune of Feb. 24, 1932:“The 40,000 acres of salt plains will soon be transformed into a lake. Beautiful to gaze upon, but as barren as the Arctic wastes which it resembles, the Cherokee salt plain, in western Oklahoma, has for years proved an enigma to scientists and a thing of wonder to wide-eyed travelers … The Cherokee salt plains have played an interesting and valuable role in the history of the Western country. But now it is almost time for the curtain to ring down.”

The dam and lake, completed on the eve of World War II, left 11,000 acres of salt flats intact. And so they remain, nearly 80 years later. Beyond the rusting, salt-corroded cables that line the sandy road across the flats are nesting terns and snowy plovers, quietly poking around for dinner.

Somewhere on the other side of the preserve is a state park with cabins, and a self-serve kayak rental booth. There are marshlands and pathways and little wooden benches, a campground, a visitor’s center that is never open when you want it to be. But here, standing alone in the heart of a brilliant expanse of snowy white and unearthly stillness, the salt of the earth quietly and relentlessly seeps its way the surface, adding a little spice to the Oklahoma plains.