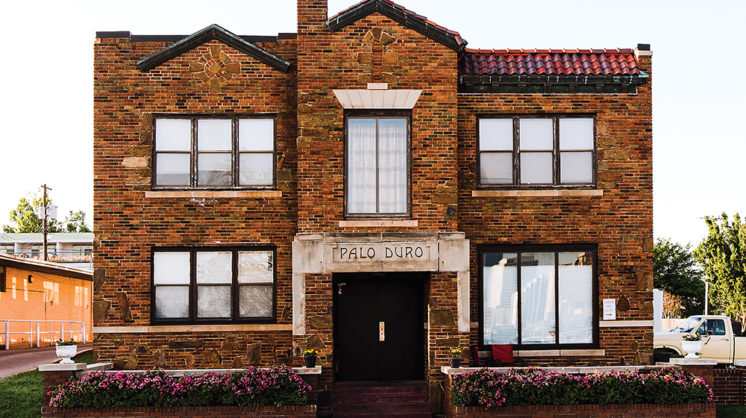 Mickey Lee Miller was born at St. Anthony Hospital 60 years ago. She comes from Midtown, and in 2003, for the first time in her life, she had her own home – an apartment in Midtown.

The Palo Duro Apartments have been on the corner of NW 11th and Hudson for 25 years. A second unit, Palo Duro II, was built in 2010. Miller, called Ms. Mickey by residents, originally had an apartment with ground-level windows.

“I was nervous all the time,” Miller says. “I had moved from an apartment on SW 28th because there was a drug house across the hall, so this was definitely better, but those windows were right on the ground. Someone could just fall into my apartment.”

The management moved Miller to a corner apartment with normal windows, and she has been there ever since. Like all the residents at Palo Duro, Miller has a medically diagnosed mental illness; it’s a prerequisite to living in the complex. Both units are a program of the Neighborhood Services Organization, a 501(c)3 charity that is nearing 100 years in business.

The day we met Ms. Mickey, she was sitting in a leather chair in her efficiency apartment, where she had been prepping for her photos.

“Stacey, I can’t find my lipstick!” Miller announces. (Stacey is Stacey Ninness, president and CEO of NSO; an energetic, charismatic woman who knows all the residents by name.)

“I have some lipstick,” Ninness replies.

That set the tone for our interview. She is on medication, as are all the residents, but she is quick-witted and self-deprecating, as well as deeply grateful for her home.

“I’m thankful and grateful,” Miller tells us. “I’m going to be here until my dying day.” 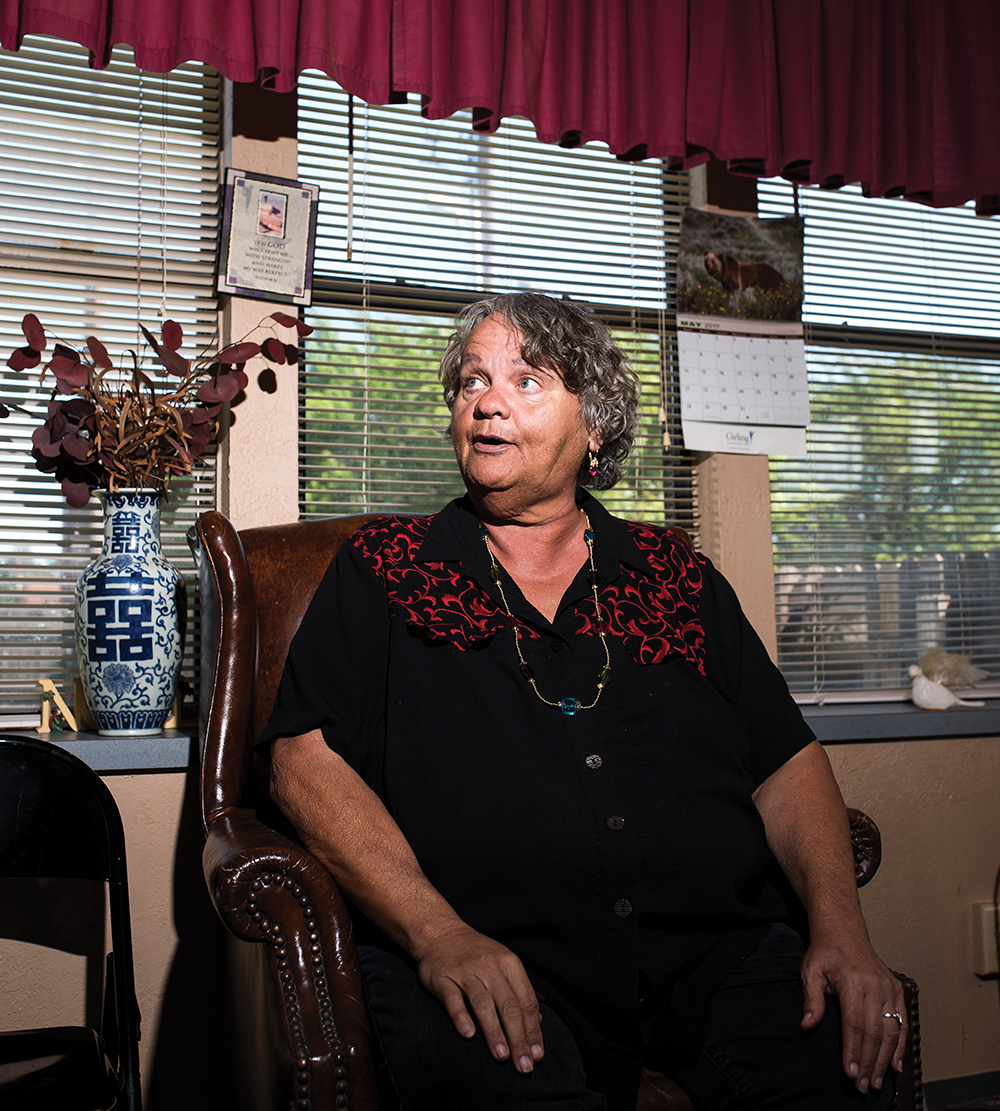 Palo Duro is permanent housing for homeless people with diagnosed mental illnesses. It is not a treatment facility; it’s an apartment complex for residents who live independently, and it’s across the street from what will be Elk Valley Brewing Company’s new home in 2018. Like other facilities in Midtown, Palo Duro will be neighbors with very dissimilar businesses that cater to very different demographics.

Chris Fleming of Midtown Renaissance, a company that offers properties in Midtown, said that a healthy neighborhood will always have a mix of businesses and services.
“If this is the best place to serve their constituencies, then I can see them staying in Midtown,” says Fleming.

He was responding to a question about Ivanhoe, a residential reentry center for the Oklahoma Department of Corrections. The facility is on NW 8th between Hudson and Walker, and Catalyst Behavioral Services operates it under a contract with the DOC. Corsair Management, though, owns the land and facility. Corsair’s president Scott Smith said he could not comment about Ivanhoe, but did say that the facility’s presence there was not inhibiting development around it.

“It’s not affecting our use,” Smith says, “and people are building all around it.”

Other service agencies have relocated, including Mission Treatment, a methadone clinic that is now located on Linwood, and Northcare, which is now on General Pershing Blvd. Mission Treatment was in the facility that is part of the old theater complex where Elk Valley will be located. Northcare was located directly south of the theater.

Mickey Clagg, also of Midtown Renaissance, said there is more competition now than ever before for nonprofit contributions. “That means there is probably more pressure on organizations as rent goes up,” he says. “For that reason, it may not make sense to be in a high-rent area.”

Speaking of Ivanhoe again, Clagg continues, “It’s probably not the highest and best use of the property. Agencies gravitated to this area when it was in disfavor, and gentrification will change the use of property in the future.”

It’s a straightforward assessment of where development is taking the urban core. The first wave of gentrification is over, and now the cycle will create more density near the center, pushing services and people outward, and spurring further gentrification on the edge of downtown, a trend made recently visible by the developments along Classen and Western: Revolucion, Stonecloud Brewing, Sunnyside Diner and even The Jones Assembly just east of Classen.

“It might make sense for organizations to monetize their real estate and set up shop near other nonprofits,” Fleming says. “Create a one-stop shop of services.” 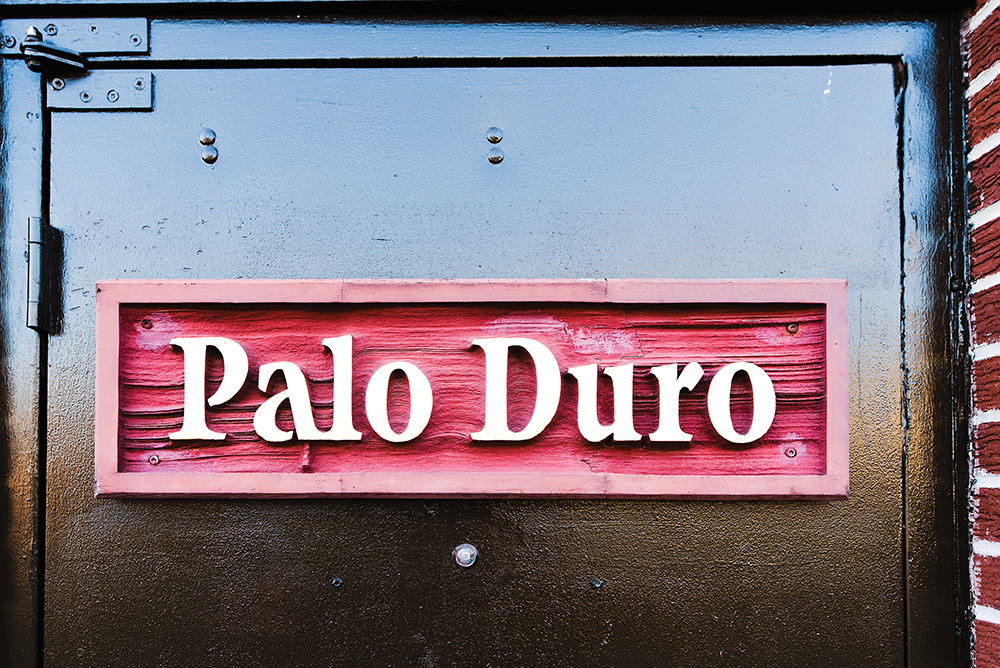 Ninness said she was unaware of the theater development, so she and her team are thinking through the implications of having a brewery and bar across the street from a facility that is home to dozens of mentally ill residents – many of whom, including Ms. Mickey, have a history of drug addiction.

“We have to be undergoing psychiatric treatment to get our foot in the door. We take medication to keep us … kosher,” Miller says, after taking a second to decide on the word. “I was a drug addict, but I’m clean and stable now.”

She has been for a long time, and much of that is thanks to the stability and security her home provides. Ninness said Miller is a “watchdog” of sorts for her small community.

“She makes sure people are OK,” says Ninness. “They take care of each other here, and Ms. Mickey watches everything. She even had our on-site manager call the police a few years ago when she saw a drug deal happening outside her window.”

Things are better since gentrification, at least for people and organizations still in the urban core. The neighborhood is no longer in disfavor, and property rates continue to rise. More development is planned all around Palo Duro, and Ninness said their mission will not change.

As for future plans, Ninness was adamant that NSO’s ownership of the property meant one thing with certainty: “We’re not going anywhere,” she says. “This is an apartment complex just like any complex down here. It’s their home, and they can be here until their dying day, just like Ms. Mickey wants.”