Patrono: Defenders of the Flavor - 405 Magazine 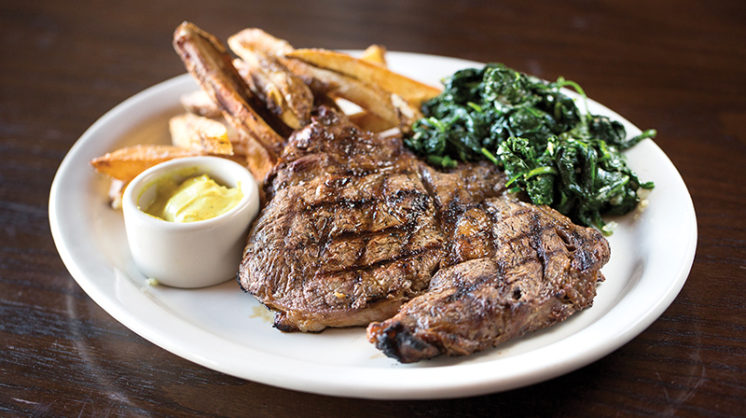 For the record, I’m guessing Francis Caracciolo. I didn’t hear who Patrono’s owner Robert DeCoste intended as the downtown OKC restaurant’s namesake, but the Neapolitan priest is the patron saint of Italian cooking, so that sounds like as solid a possibility as any. GM Brian Cure, often found acting as maître d’, joked that the name refers to DeCoste (who’s also the chef) himself – at least, I think it was a joke. Once you start sampling from the menu, you might quickly find yourself believing there’s a touch of the divine involved.

DeCoste is from Massachusetts originally, and after cooking stints in New Orleans, Boston and D.C., he moved to Oklahoma because his wife got a job at the University of Oklahoma. Believe me when I say that was good news for metro diners.

That preference, unintentional though it might be, even creeps into some of the terminology. DeCoste explained that in northern Italy the fried spheres that somewhat resemble hush puppies (until you bite into them to reveal the risotto and cheese inside) are called arancini, or little oranges; down south, and on this menu, they’re named suppli al telefono because the cheese stretches out to look like telephone wires. By either name, they’re addictively great.

From there, branch out among the menu’s options, including several exceptional pasta dishes. The Bucatini Amatriciana is like an extra-thick spaghetti, difficult to twirl and eat while looking suave, but it’s worth a slight appearance of buffoonery to get the slightly spicy red sauce with guanciale, a deliciously savory morsel that’s essentially a kind of bacon made from pork cheek … and I’m always in favor of learning about new kinds of bacon. 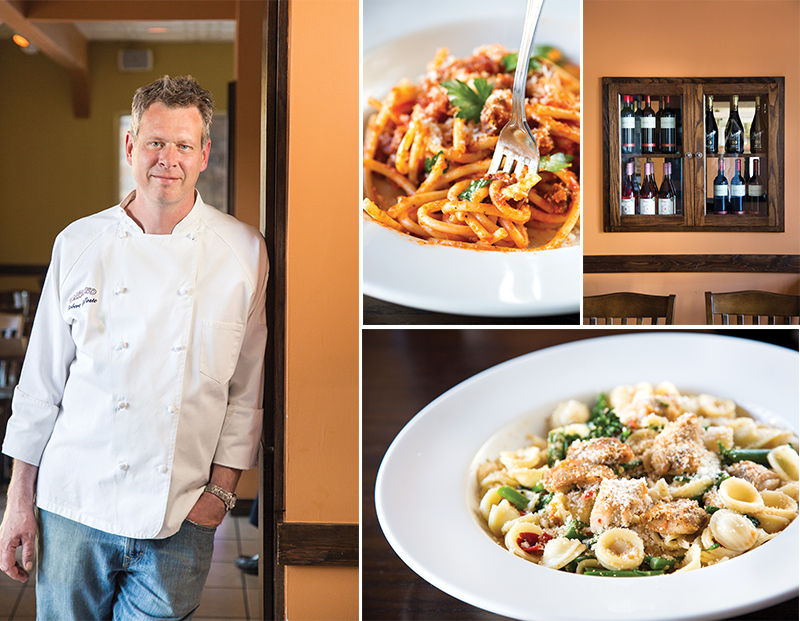 The Chicken Diavola features gemelli tossed in a homemade pesto that’s mild enough to offset the fiery chicken, and the thoroughly tender Gnocchi (made from ricotta, not potato flour) in a white wine sauce is set off by Italian sausage and the salty tang of black olives. Nevertheless, DeCoste says his favorite dish is the Orecchiette Calabrese with succulent chicken and rapini: “I cook that at home. My wife is sick of it, but I could eat it all the time.”

Each of these entrees, and more – from a deceptively simple linguine with clams and a flicker of garlic to the unexpected cross-ethnic swerve of a massive grilled ribeye with curry aioli – was stellar, and I’ve rarely had so much difficulty in mustering the resolve to set down my fork with part of a dish uneaten. But I beg you to find that strength, because skipping dessert should not be an option. The almond cake with Luxardo cherries (darker, firmer and more richly flavored than gaudy-looking maraschinos) might not look particularly flashy, but I cannot – I cannot – recommend it any more highly. It is simply, inarguably, tremendous.

All this cuisine occurs in an inviting atmosphere with warm colors and lots of wood; it’s a small space overall but the sight lines are broken up nicely to give the tables a bit more feeling of space and separation, and the wine “window” boxes in the interior walls are a deft little decorative touch. Couple all that with excellent service, including a charming and helpful waiter who didn’t wince in the slightest at our litany of mispronunciations, and this is a pleasure to recommend. I’ve never been to Naples, but now I’ve been to Patrono … and my palate is the better for it. 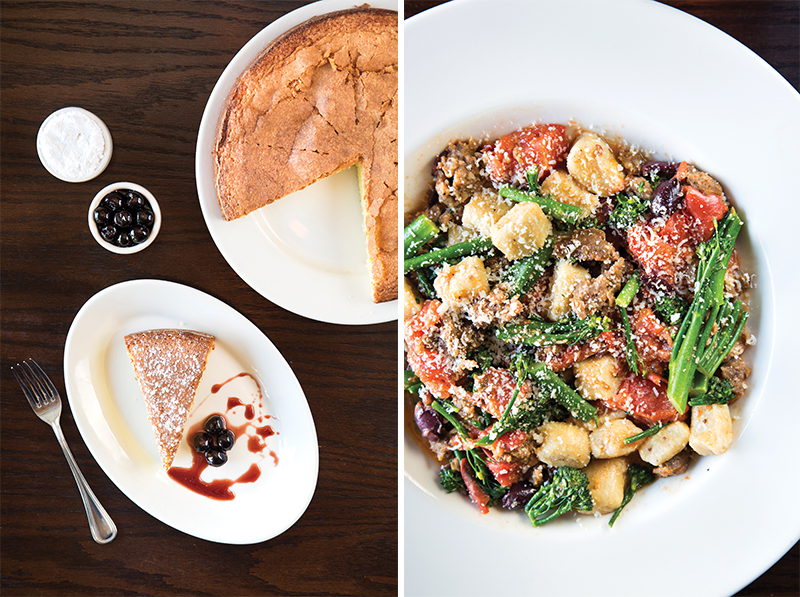 Fly Me to the Food

You probably remember that Tony Bennett had a concert at the OKC Civic Center in April – but you might not have heard that the legendary crooner stopped by the nearby Patrono for dinner the night before. That sounds like a pretty good testimonial about its authenticity.