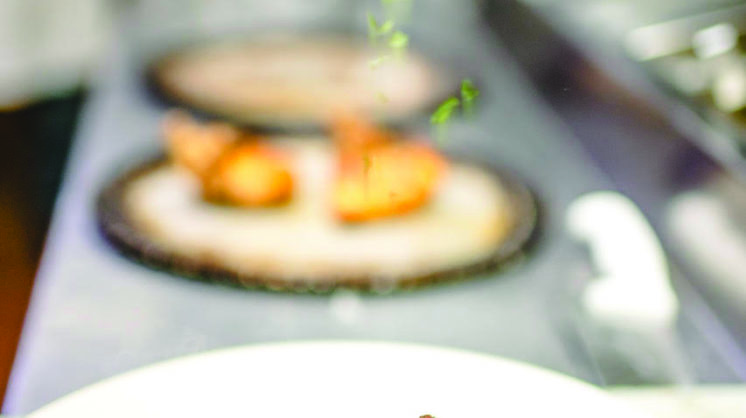 Walking into Blackbird, a fair question might be: Why is there an English pub in Norman, Oklahoma? John Howell, co-owner with Ryan Robinson and Victor Rojo, said the team got its inspiration from The Gage in Chicago.

“We had a new space we wanted to put a restaurant in,” Howell says, “and the first thing you ask in terms of food is, ‘What is Norman missing?’ We’d been to Chicago a few times and loved The Gage. A gastropub seemed like a great answer, and during a brainstorming session we came up with English, Beatles, nursery rhymes and blackbird in that order.”

Because of the old nursery rhyme about four and twenty blackbirds, the team already had two dishes settled: shepherd’s pie and pot pie, staples in a pub and now staples at Blackbird. Menu items have cycled on and off the menu over the years, but Howell said there are dishes they are “terrified” to take off the menu, including the pot roast.

That pot roast figures prominently on the menu is a good indication that the focus is comfort food. General manager Whitney Mann described the offerings as English favorites with healthy options, and those core comfort items – fish and chips, shepherd’s pie and pot roast – will remain staples. Some degree of change is a constant, though, and there is there is a bit of genius to the method at Blackbird. 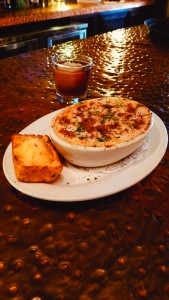 “Some of our best dishes end up being accidents based on boredom,” Howell says. “Anyone who works in a restaurant knows that you get tired of eating the same food, no matter how good it is. Victor was bored with the pot roast one week and decided to make sliders with it. Now it’s our best-selling item, and after that, he decided to try pot roast nachos. They’re obviously on the menu now, too.” Reader, they are excellent.

So much of the food at Blackbird emerges from this matrix of experimentation, fun and genuine love of food that the dishes that hit the table aren’t overthought, overworked slot fillers (gotta have a chicken dish, gotta have a beef dish, etc.), but food that has answered the cravings of the staff and ownership. That craving also includes brunch, an option Blackbird added early this year.

“We wanted to have a brunch option near Campus Corner seven days a week,” Mann says. “The idea was to get some favorites on the menu so people can enjoy them at lunch.” 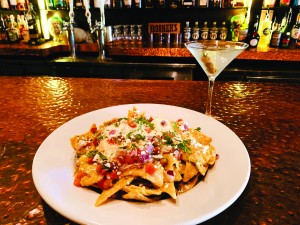 The new brunch menu includes chilaquiles, shrimp and grits and staples from Blackbird’s stable of comfort foods. It reflects the team’s love of comfort food from various cultures, and a commitment to its core identity.

An important part of Blackbird’s identity is the bar. University towns can be tough places to run particular types of bars, with the beer-and-a-shot crowd often dictating the menu and the vibe, but Blackbird has hewed closely to the pub identity with classic and craft cocktails, plus an impressive whiskey selection. The bar is Mann’s project, and the whiskey focus comes from the same simple truth that inspires the food.

“I love whiskey,” Mann says. “It’s what I drink at home. It’s my favorite thing, and I want to share that with staff and guests.” 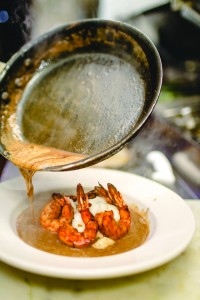 To that end, Blackbird – really the entirety of the Good Life company, which includes Norman’s popular Blu restaurant and bar – focuses on customer education. Mann hosts consumer tastings twice a month: whiskey at Blackbird and wine at Blu. The regular menu at Blackbird includes notes to help guide whiskey drinkers through the regions and flavors of different styles.

Pubs, ideally, are comfortable and warm, with good food and good booze. Blackbird succeeds as a pub by knowing what it is and what it’s best at.

1 Weekend Roundup: May 13-15
2 10 Sushi Joints You Need to Try Now
3 Home and Garden Tour in Historic Miller Neighborhood
4 The Unexpected Mix is Key for OKC Home
5 Drink It Local
6 Weekend Roundup May 19-22