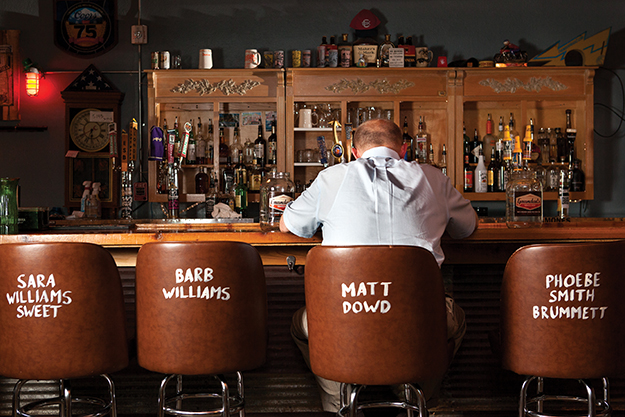 Let’s Be Clear On One Thing Up Front:   There’s no such thing as a universally, perpetually perfect bar. People want different things from their drinking establishments, whether strobe lights and sternum-rattling techno or plenty of available potential partners from a certain gender or enough room between the peanut shells for boot-scooting. I generally go out to relax and converse with friends, not prowl for dates or shake anything. If that concept hits the spot, you might share my interest in these destinations.

Bear in mind that I make no claim about these being the metro’s best – making that kind of evaluation would require much more (delicious) research, and I am past the days when I moved earth and heaven in the name of consuming additional beer. As ongoing quests go, I’ve heard worse ideas than committing to trying all the bars in town, but in the meantime, here are three recommendations for the road. Slainte!

The Highlights: Definitely atmosphere. There’s a real sense of community in the big, high-ceilinged space: the walls hold framed pictures of staff and patrons’ grandfathers, and the high-backed stools at the broad, gleaming bar are adorned with the names of donors who helped get the concept off the ground. Other seating options include group tables and a small enclave of sprawl-worthy couches, and while in the early lull after their 4 p.m. opening you can hear a coaster drop, the raised stage area by the front door is the sonic epicenter for periodic bursts of live music. It’s a good place to experiment with beverages, too, as their tap selection varies often enough that there’s no printed beer list, and I can vouch for their taste. If you’re lucky, they’ll have some more of that coffee stout.

The Low Point: I can’t remember ever being in a bar of any stratum, anywhere, that didn’t have some kind of options for something to eat – if only a bowl of airline pretzels – and within the confines of Grandad’s, the closest thing to food is the orange slice you can get in a Boulevard Wheat. They do have a regular rotation of food trucks orbiting the place most nights; maybe some obliging soul would agree to retrieve a taco on my behalf so I wouldn’t have to get up.

The Quote: “When the Lord comes back, I’ll be sitting at Grandad’s.” – graffito in the men’s room

The Highlights: I love a good hole-in-the-wall, and this is a spiritual twin to my first-ever haunt, the dearly departed Mr. Bill’s on the OU campus. The well-worn atmosphere contains a jukebox, a couple of pool tables, a dartboard and video golf machine in addition to the scattering of tables and central U-shaped bar. Plus, it’s a smoking joint, which is something of a marvel in this health-conscious day and age. I don’t light up regularly myself, but as an occasional indulgence it does pair well with a draft of Harp.

The Low Point: It’s a smoking bar for reals. When it’s operating at full capacity, patrons don’t have to light up to walk out feeling like they’ve burned through half a pack. And all those entertainment options listed above are in various corners of the same room with the bar itself, which carries the potential for serious accrued noise. Silver lining: some of the sound is slightly muffled by the haze.

The Highlights: Take it outside! The dim, wood-paneled interior is a perfectly valid watering hole if a little prone to overcrowding, but a wrought-iron table in the shade of a canvas umbrella or broad magnolia tree is where it’s at, and provides plenty of elbow room for getting down to business with one of their excellent cornmeal-crust pizzas. The beer selection is also ample, incorporating both local selections from The Brew-house in Norman and more far-flung influences – anyplace offering Spaten Optimator on tap gets a point in my book.

The Low Point: If you’re an OU student, The Library’s proximity to campus is an unalloyed good. For those of us who aren’t … well, the building isn’t very big and the outdoor tables aren’t terribly plentiful. Townies might be well advised to take it for a test loiter before the mid-month influx of those college kids who seem to get younger every year.

The Quote: “Austin would be the coolest city if it was [sic] in Oklahoma, but instead it’s in [bleep]ing Texas!” – nearby patron in her early 20s, showing admirable loyalty to the Sooner State