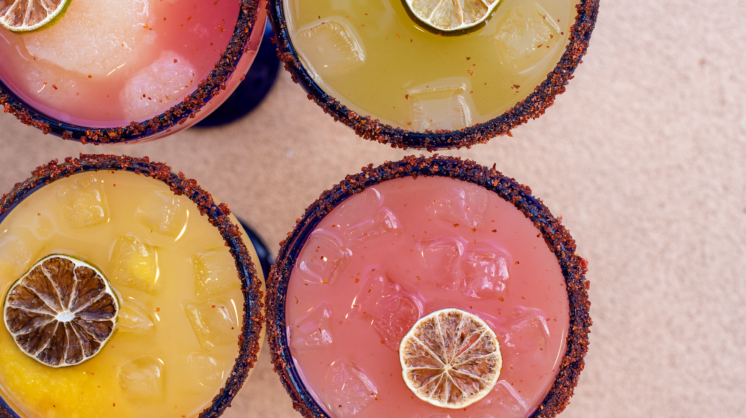 El Coyote opened in September at 925 W. Britton Rd. to much fanfare and long waiting lists. The New Mexico-style concept from Chef Jonathon Stranger features stacked enchiladas, blue corn tortillas, tacos, hominy served posole style and other Santa Fe and Albuquerque specialties. The bar and patio are sure to bring even more traffic to the growing Britton District along what used to be the Britton municipality’s main street.

To complement the food, Stranger’s bar program features some of the usual suspects — like margaritas in various guises — but he’s also done something that we’ve been waiting to see happen in the metro: He’s made what might be the 405’s first frozen horchata cocktail. Others have spiked horchata with rum before, but it’s never been frozen, and this represents a much appreciated and long overdue evolution of the form.

Horchata has a long history in its earliest iterations, which involved boiled barley water and horchata de chufa, as well as standard arguments about who did what first. The Spanish brought a form of the beverage to the Western Hemisphere, and it’s become a staple all across Mexico, where it’s part of the agua fresca category. Traditionally, white rice is soaked in water and cinnamon and then strained. Other spices can be added, but the basic mixture is just rice milk and cinnamon. The beverage is poured over ice.

Stranger also introduced a prickly pear cocktail — the Santa Fe Sunset — that relies on blanco tequila for the kick. Prickly pear juice is a traditional beverage in Mexico and the Southwestern United States, and like horchata, it’s simple to spike. In fact, fermenting prickly pear juice leads to one of the best versions of tepache, a fermented beverage often made with pineapple.

The trend of creating bar programs where the ingredients in the drinks mirror and complement the food is a very welcome one, and incorporating new-to-Oklahoma flavors from around the world in cocktails is a smart and delicious way to increase our city’s palate. El Coyote — along with Ma Der, Grey Sweater and Trompudo’s Tacos — is leading the way in this endeavor.