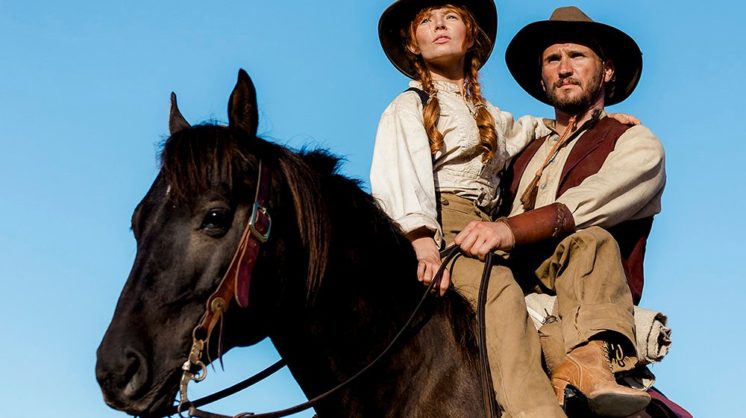 The movie is inspired by one of the most recent books – The Mustanger and the Lady – from prolific writer Dusty Richards. Cotten, who grew up in Fort Smith and Sallisaw, tells the western tale from the woman’s perspective.

Shot entirely in Oklahoma, Painted Woman tells the tale of Julie Richards (Dawson), who “finds the courage to escape her captive lifestyle after being forcefully held against her will as a prostitute,” explains producer Amber Lindley.

Telling the story of her escape, journey through the dangerous landscape of the American West and meeting with a carefree Mustanger, the movie is a western with a difference.

“James Cotten’s passionate vision, and the incredible production value that Oklahoma filmmakers created, gives audiences a western unlike anything seen before,” adds Lindley. 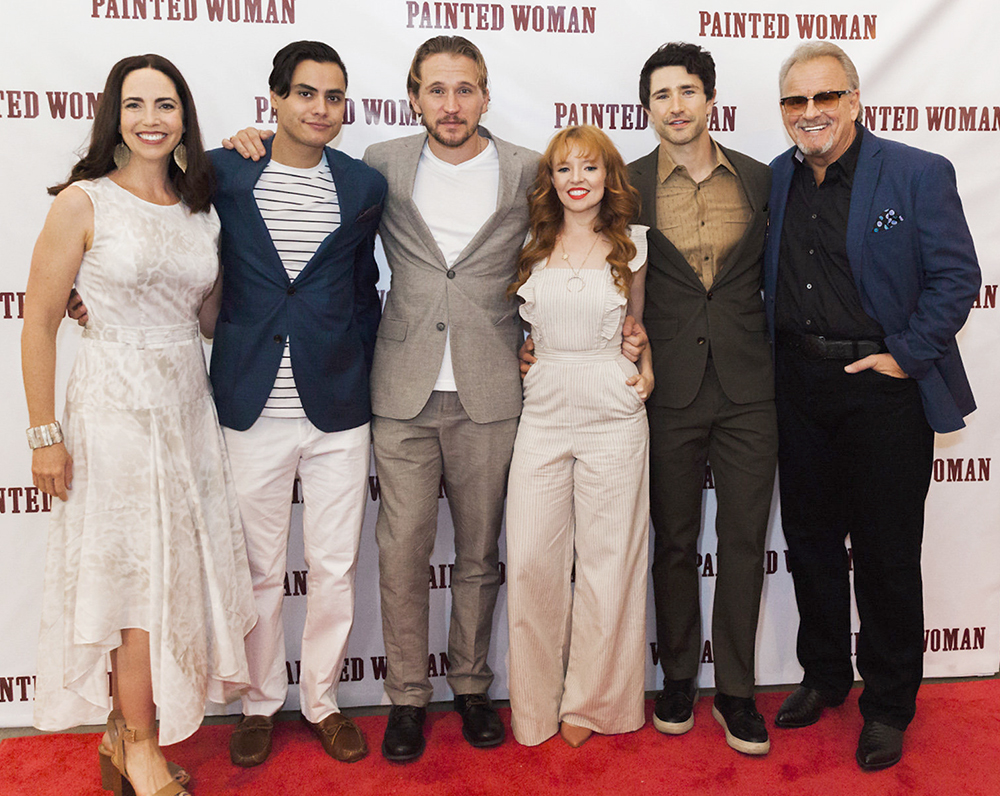 Cotten, who also wrote the movie with Lindley, has worked as an actor, director, producer and writer; Painted Woman is the fifth title to come out of his company Dark Highway Films.

The movie was filmed in Guthrie, Norman, Oklahoma City and Ames, with help from the Oklahoma Film Enhancement Rebate Program. Oklahoma Film and Music Office director Tava Maloy Sofsky says, “We are incredibly proud that this film will showcase the hard work of our film industry and the beauty of our state’s stunning locations, and further promote the state as a filmmaking destination to audiences across the country.”

During its rounds on the film festival circuit, Painted Woman has won best film at the Wild Bunch Film Festival and best romance at the Alaska International Film Awards. It will be screened at various nationwide locations until its DVD release in February.

Richards will join Cotten and Lindley for the red-carpet event and screening at the AMC Quail Springs Mall.