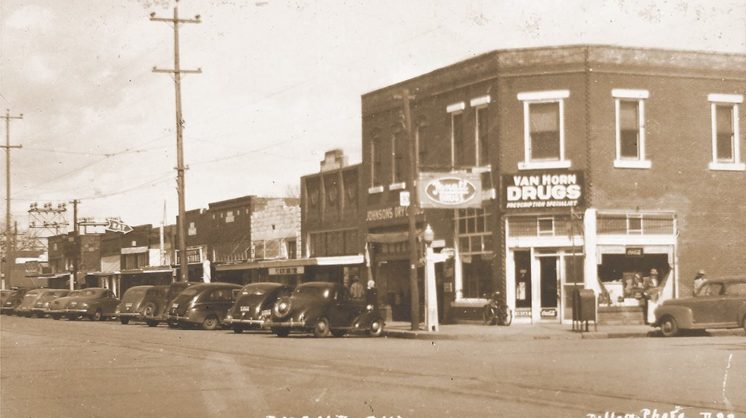 When Beverly Rosenhamer started her family, she was looking for the picture-perfect town to raise her three sons. She had grown up in Edmond in the 1960s, then moved away. Coming home to a small-town atmosphere seemed like a natural choice.

“When I was young, I had gone to a county school that only went to the 8th grade,” Rosenhamer says, “so we could attend any high school in Oklahoma County. I chose Edmond because it was small. In those days, the whole town was small, around 11,000 population.”

But when she moved back in the 1980s, she soon found out that Edmond had grown significantly.

“When I first came to Edmond in the ’60s, there was one high school,” Rosenhamer remembers. “That’s where I graduated from, the original Edmond High School; there were 257 students in my class. When we returned in the 1980s, another high school had been built. My oldest son was in the first graduating class at Edmond North. Now we even have a third high school, so that small town I grew up in has really grown over the past few decades.”

Some of Edmond’s newer residents might not recognize that quaint city from years ago. Upscale eateries such as Royce Café are long gone, but Around the Corner restaurant is still a hub of downtown activity. While OTASCO and Browne’s Department Store faded into history, McCall’s remains.

“Shopping in the ’60s was different,” Rosenhamer says. “We had Anthony’s and the TG&Y Family Center at Edmond Plaza. It was located at 15th and Broadway, where Big Lots is now. It had a little bit of everything. As a matter of fact, I graduated with the granddaughter of the ‘G’ in TG&Y, Sheri Gosselin. And going to downtown Edmond was the best, because Van’s Bakery was there, and they actually baked bread on the premises. It smelled beyond words; simply fabulous.”

In terms of entertainment, Rosenhamer says, “‘Dragging Main’ was the thing to do in the ’60s. We would start at Bevo’s Restaurant, which is now Klemm’s German barbeque, and then drive all the way to where Randel Shadid’s office and art studio is now on the north end of Broadway. We turned around and repeated that several dozen times every weekend night. When we ran late on our curfew, we stopped at Bevo’s hamburger drive-thru and used the pay phone to tell our parents we were on our way home.”

The big movie theater in town was the Broncho, where Othello’s is now located, Rosenhamer said. And Edmond Hospital was situated above the theater on an upper floor.
“The Edmond of my youth was such a great little town,” Rosenhamer says. “I have so many fond memories of those times. Of course, Edmond is still great; we are just a little bigger now.”