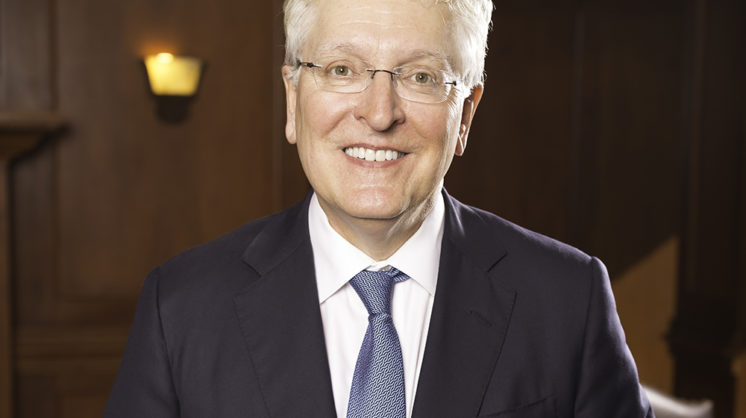 Oklahoma City University President Robert Henry has announced he will retire on June 30 this year. His seven-year tenure as the university’s president was Henry’s second position at OCU: From 1991-1994, he served as dean of OCU’s law school. Henry described this next phase of his career as a sabbatical in which he intends to work on legal and writing projects, after which he will return to OCU Law to work in an adjunct capacity.

In a statement from the university, Henry says, “When I accepted the position of president, I committed to a five-year appointment. I have tremendously enjoyed my time in this role, and after eight successful years, now is the right time to retire.”

Casey Ross, the university’s general counsel and the director of the American Indian Law and Sovereignty Center at OCU, said Henry helped the university think more creatively about higher education and the school’s responsibilities in the field.

“President Henry changed the way we think as a university,” Ross says. “He encouraged us to be creative and to leverage our ability to be nimble in the rapidly changing landscape of higher education. Thanks to his leadership, we have created new programs that make our graduates employable, while fulfilling the Methodist tradition of servant leadership.”

Henry left OCU in 1994 because President Bill Clinton appointed him to the Tenth Circuit Court of Appeals. He served as a U.S. Circuit Court judge until he came back to OCU in 2010. In his career, Henry also served as a state representative, and then the Attorney General of Oklahoma from 1986 to 1991.

During his term as president, Henry oversaw the relocation of OCU Law from the main campus to their new home in the old Central High School building in Midtown, and he helped establish the Innocence Project’s clinic at the law school. Additionally, Henry introduced the Physician’s Assistant program to the university, and attracted nationally respected speakers to the school, including two former Supreme Court justices.

Henry’s legal mind is well respected in his field, and his multiple areas of service experience give him insight and flexibility beyond solely academic concepts. Ross has worked with him on many occasions, and she said his “great legal mind” is not the only thing the university is losing (temporarily).

“His career in public service continues to benefit the University,” she says, “and his depth of perspective in law and life has made us more thoughtful members of the campus community.”

OCU announced that a nationwide search will begin this summer to identify Henry’s successor.